Iowa students applying to any of the three regent universities will be assessed consistently even if they hail from a high school that no longer provides class rankings. The state Board of Regents approved an alternative Regent Admission Index (RAI) at its Feb. 5 meeting in Cedar Falls. It will take effect for freshmen entering college in summer 2016.

The RAI used since 2009 includes four weighted measurements believed to be strong indicators of a student's likelihood for success: ACT composite score, high school GPA, number of core courses completed in high school and class rank. Over the last six years, the number of Iowa high schools to stop providing class rank has grown from three to about 40, and each of the three universities developed its own method for filling that gap in the formula for applicants from those schools.

The alternative RAI changes the weighting applied to the other three measurements in the 2009 formula:

Applicants need a score of 245 with either index to receive automatic admission to a regent university.

"If we think the alternate is acceptable, why not just adopt it for all 380 Iowa school districts?" he asked.

Board staff member Diana Gonzalez, who led the admissions team that developed both indexes, said the alternative RAI "puts pressure on the ACT and high school GPA scores – and the committee had a lot of discussion about that."

Regent Katie Mulholland suggested that the universities gather data for a year to see how the alternative RAI affects students before deciding whether it should replace the primary index.

In other business, the board approved an interdisciplinary Master of Business Analytics Program at Iowa State and a distinctly different Master of Science in Business Analytics at the University of Iowa, with the two connected by a five-year memorandum of cooperation. Areas identified for cooperation include: referral of students to the other program when in the student's best career interests, acceptance of up to nine credits of approved courses from the other school's program, and an annual workshop at which business analytics faculty will share syllabi, trends and instructional ideas.

"Iowa business executives are excited about these programs," he said.

McKibben, who co-chairs the board's Transparent, Inclusive Efficiency Review (TIER), said the selection of a consultant to complete the academic programs portion of the review will be completed by Feb. 13, with the hired firm "on campus shortly thereafter."

Mark Braun, the board's TIER project manager, reported that Ad Astra Information Systems, the consultant hired last fall to work on two administrative business cases related to classroom use and scheduling of faculty, should complete its work in April.

ESAC members also received from the three provosts an annual faculty resignations report for the year that ended June 30, 2014.

During FY14, 35 Iowa State faculty resigned, an increase from FY13's 21 resignations but not far from the past decade's annual average of 36. The FY14 group included 11 professors, nine associate professors and 15 assistant professors.

Senior vice president and provost Jonathan Wickert told board members that there isn't a single underlying "theme" for the faculty departures.

"There tends to be a personal story behind each one of these," he said, such as a family's preference to live in an urban area, a job opportunity in industry, a job offer at a top national university. Wickert offers to meet with each resigning faculty member before he or she leaves.

Twenty of the 2014 resignees participated in ISU's online faculty exit survey, which was put in place in 2004. The primary reasons cited for leaving were dissatisfaction with the departmental environment, a lack of perceived advancement opportunities and dissatisfaction with pay. About two-thirds of respondents indicated they were "somewhat or very dissatisfied" with their chairs. Fifteen of the 20 respondents indicated they had accepted a new position elsewhere that provides a “much higher" (8) or "somewhat higher" (7) salary than their ISU salary.

Included in the board's consent agenda were annual diversity reports from the universities for the federal fiscal year that ended Sept. 30, 2014. The table below indicates female and minority representation among ISU employee groups.

In other ISU business, the board: 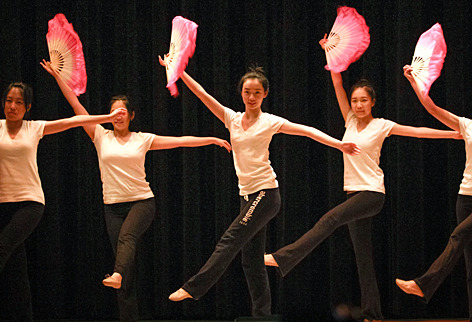 Celebrate the Year of the Goat on Sunday, Feb. 15.