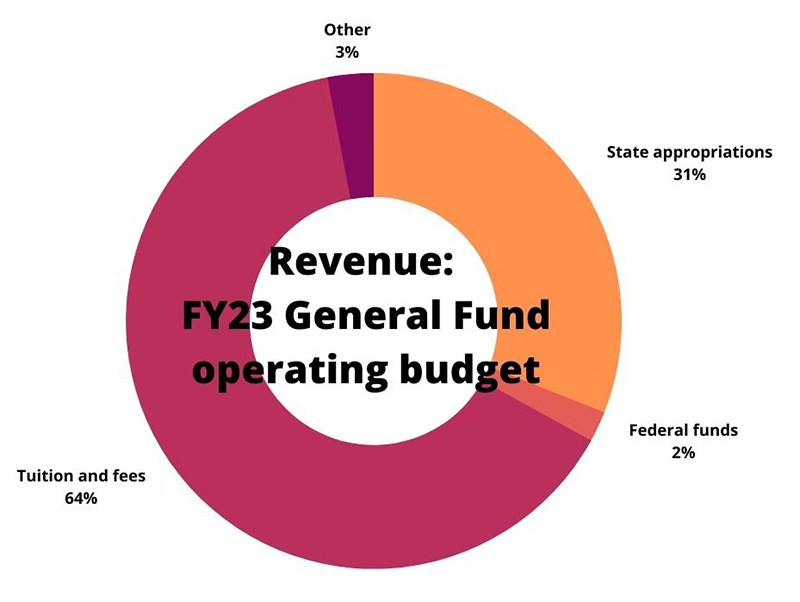 Iowa State's $748.1 million operating budget for the fiscal year that began July 1 includes $25.4 million in new revenue, an increase of about 3.5% over last year's General Fund budget. Most of the increase comes from increased tuition ($21.8 million). Additional state appropriations ($2.1 million) and additional recovery of research-related indirect costs ($1.5 million) are the other two pieces.

The state Board of Regents approved university FY23 budgets and the new tuition and fee rates at its July 27 meeting.

Iowa State's overall FY23 budget is its largest ever, $1.6 billion. The other part of the university's budget, $857.9 million in restricted budgets, also is higher, about $13.1 million (1.5%), from a year ago. This side of the budget includes sponsored research, endowment income and auxiliary units such as athletics, residence, printing, parking, utilities, recreation services, the bookstore and other units that don't receive state funds.

The restricted budget also includes building projects. Iowa State will receive previously approved state appropriations for two key facilities. The 2022 Legislature altered the timing of state funding for one and left alone a scheduled final appropriation in FY23 for another: