Student and international residents should 'Claim Ames' on 2020 census 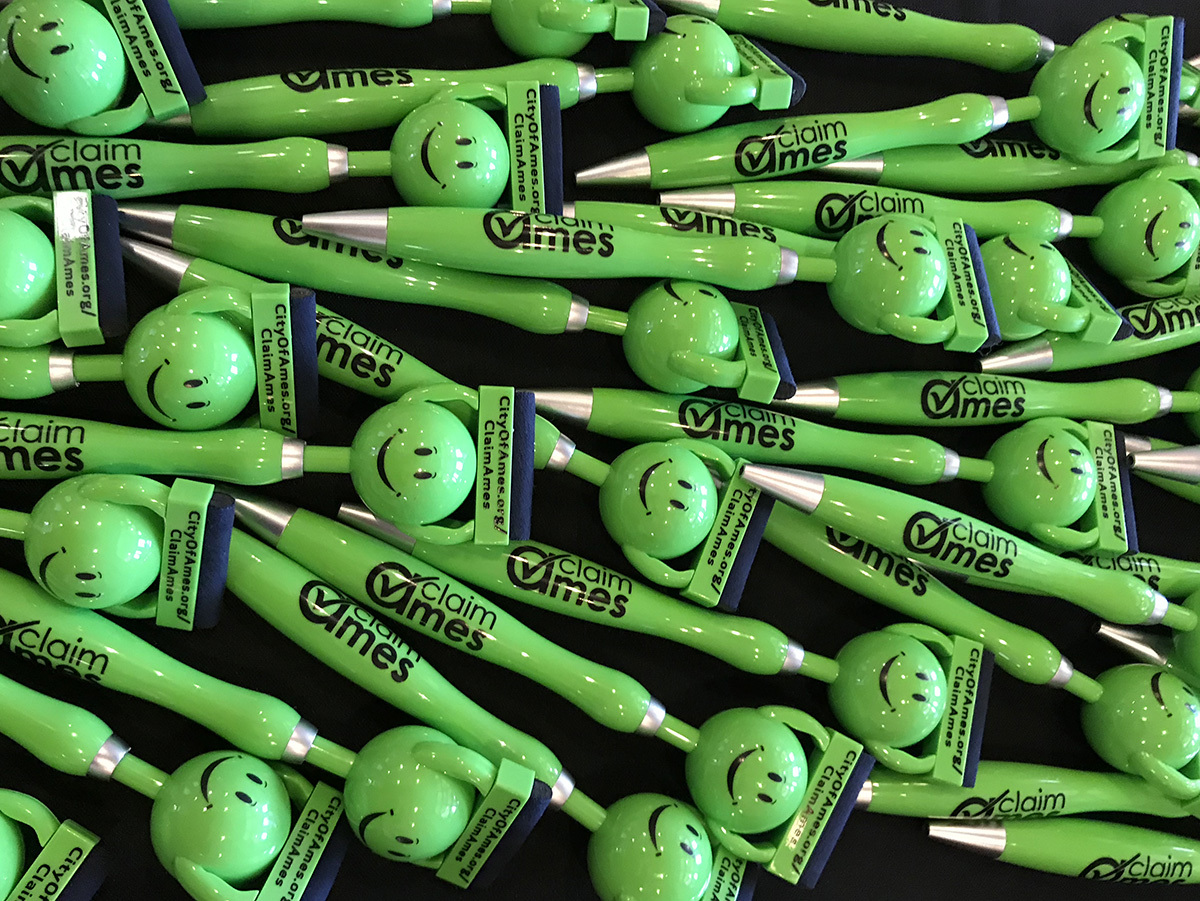 Promotional giveaways will be used as part of the "Claim Ames" awareness campaign for the 2020 U.S. Census.

Postcards with instructions for completing the 2020 United States census will be mailed in March, and the city is urging students to "Claim Ames." President Wendy Wintersteen joined city leaders for a Jan. 13 kickoff event.

A constitutional mandate, the U.S. census is a population snapshot taken every 10 years. New in 2020, responses can be submitted in multiple languages both online and by phone. Address-specific census ID numbers will be included on the postcards that arrive in mailboxes over spring break. Paper forms, available in English and Spanish, will be available by request.

Who fills it out?

Anyone living here on April 1 should claim Ames, including Iowa State and international (noncitizen) students. ISU staff will coordinate the process for students in group living situations, such as department of residence and Greek housing. From May through July, census takers will visit addresses that haven't responded.

Federal funding and political representation are determined by census data. Business decisions such as retail expansion also are informed by population numbers.

"It's important to Iowa State University for everything from transportation funding for CyRide to public safety. It also helps bring in new businesses to town -- like new coffee shops, restaurants, the pharmacy in Campustown and other popular spots for students," Wintersteen said.

How long will it take?

The census form should only take a few minutes to complete, with about a dozen basic questions for the typical household.

By law, responses are confidential. The Census Bureau does not share personal or identifiable information with other government offices or law enforcement agencies.

John Cook, a senior partnership specialist from the U.S. Census Bureau, encouraged local community members to apply for the temporary paid positions needed to help the effort. Schedules are flexible with an hourly base pay rate of $21.50.

"We are looking for field enumerators and other workers to help us make sure everyone in Story County and everyone in Ames is counted," Cook said.

In addition to the ISU Symphony Orchestra, the March concerts will highlight guest artists and scores by underrepresented composers.