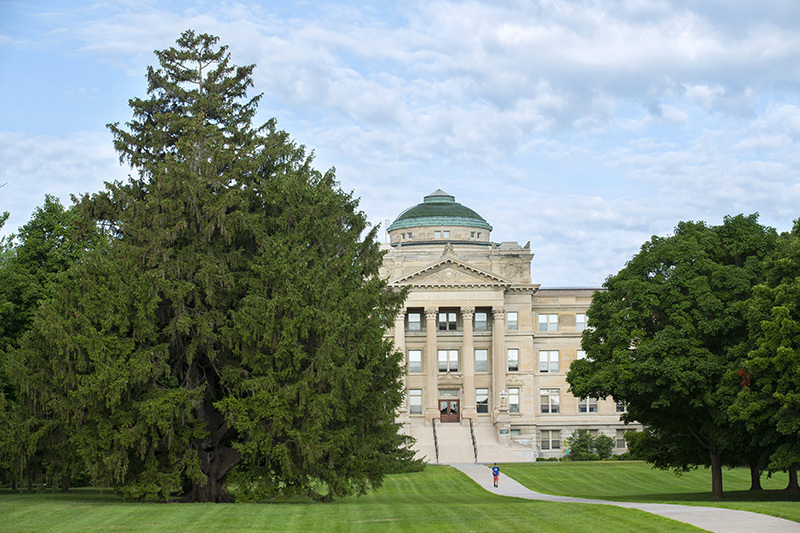 At more than 50 feet tall and 70 feet wide, this Norway spruce tree, pictured left, is the largest of its species on campus. Photo by Christopher Gannon.

Campus landscape is being mapped with GIS tech

Details about thousands of trees and shrubs are being recorded as part of an ongoing effort to electronically map the campus landscape.

Iowa State was proactive in preparations for the emerald ash borer, a metallic green beetle that is working its way across the United States and killing all ash tree species along the way. Part of the plan was reducing the number of ash trees on campus by about 560 -- a drop from 20% to 7% of the total tree canopy -- from 2007 to 2018. About 600 ash trees remain, 75 of which are being treated against infestation.

Martin said the campus canopy includes some species rare to Iowa. Her favorite is the Japanese stewartia in the courtyard of Lagomarcino Hall. Other unique trees include nine of the biggest for their species on record in Iowa:

Experts, award winners and celebrities highlight the lineup of speakers.