What drives campus commuters who bike, even in winter 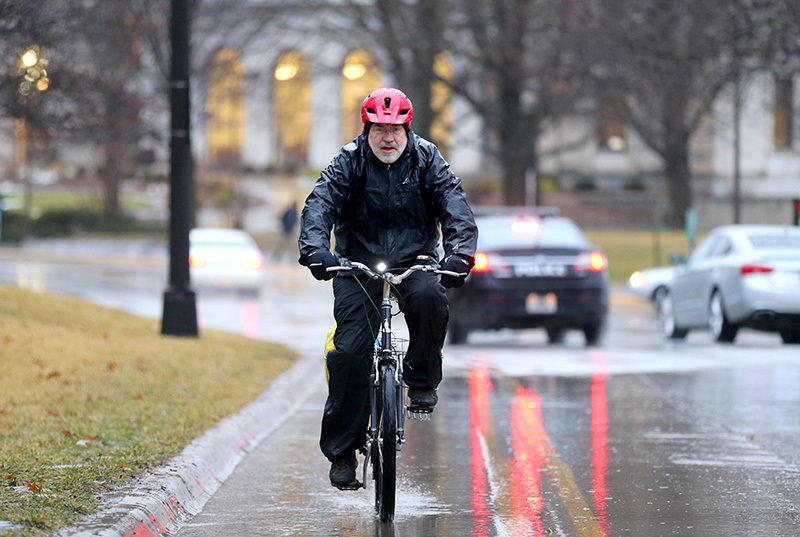 Thomas Brumm, the Mary and Charles Sukup Global Professor in Food Security, commutes to campus by bicycle all year, even in the winter. Photo by Christopher Gannon.

Bob Horton has a stock answer for incredulous inquiries about his year-round bicycling, which includes daily rides to work.

"I'm not that smart," the Distinguished Professor of agronomy jokingly tells people.

Commuting to campus on two wheels no matter the calendar isn't common. Bike racks bustling in the spring, summer and fall get pretty lonely in the winter. But all-year biking is possible for robust spirits with plentiful motivation.

Here's what drives three faculty members to pedal to work in all seasons, even in the depths of winter.

Serving as a model

Thomas Brumm, the Mary and Charles Sukup Global Professor in Food Security, came to campus on something other than a bike seat just three times in 2017. There are many reasons he's so committed.

"You could say I'm trying to save the planet and conserve resources. You could say I want to get exercise and keep physically fit. But the primary reason, really, is I'm cheap. I can buy a bicycle for one car payment," said Brumm, associate professor in agricultural and biosystems engineering and associate director of the Center for Sustainable Rural Livelihoods.

Beyond the savings, Brumm thinks it's good for his teenage sons and his students to see an "old guy" who bikes. "In general, people can do more physically than they think they can," he said.

Living close to campus, six blocks south of the Memorial Union, makes his daily riding routine take just as long as it would to drive in, he said. Getting around campus is easier during the day, with most destinations a five-minute ride away.

Biking practically every winter day, Brumm encounters both slippery roads and face-numbing cold. The key to handling icy streets is keeping inertia in mind: slow down in general, almost to a crawl when turning. Proper gear makes the cold bearable, he said. His getup on the most frigid mornings includes a face mask, eye protection, lobster gloves, wind pants and, of course, a hat, coat and helmet. Only his nose is exposed.

"On really, really cold days, about the time I think I can't take it anymore, I'm here," he said.

One upside in the winter is he never struggles to find a spot in the bike rack outside Elings Hall, unless it's buried in a snow drift.

Horton came to winter biking gradually and by coincidence. He lives west of campus, a 25-minute stroll to his office in good weather. The observant Catholic always liked walking to work, using that time to pray. He kind of misses walking, actually. The alertness biking requires makes it less meditative, he said.

But about 10 years ago, a homeless man staying at a shelter where Horton met two bikers for a weekly prayer breakfast found out Horton didn't own a bicycle. The homeless man had two bikes and offered Horton one. He was insistent.

"I tried it, and I found some advantages," Horton said, meaning mainly speed. It cuts his commute to about 10 minutes, if he times his trip to Agronomy Hall to avoid class-change periods.

At first, he put his bike away after autumn. But a few years ago, in a stretch of especially mild winters, he started riding year-round. Then the frame broke on his first gifted bike just as a neighbor, unaware his current ride was done for, offered to give him yet another bicycle.

"It's like I'm supposed to be biking," he said.

Horton has kept with winter biking ever since, a slow and cautious rider who avoids slopes and will leave his bike home if the roads are slick. He doesn't use any special equipment in the winter, other than a stocking cap under his helmet. A face mask fogs up his glasses. "I keep my head warm and just endure it," he said.

Though Horton never goes on long road rides, he'd rather use a bike to get pretty much anywhere in town. Sometimes, he'll even bike separately and meet his family at the restaurant when they go out to eat.

Ray Arritt, an agronomy professor, doesn't understand why some bicyclists listen to music while they're on a ride. "To me, that just spoils the whole reason for doing it," he said.

While the built-in exercise component of everyday bike commuting has become more important to the climate researcher as he's gotten older, prompting him to more deliberately stick to a year-round schedule, it also is an opportunity to ponder and observe.

"Like any form of exercise, it gives you some space to think. You're out there alone," he said. "You see things that are interesting. You see wildlife. You see flowers. You just notice so many things that you wouldn't notice otherwise."

Arritt rides to campus from his home in north Ames, about 3 miles away. It takes 15 minutes unless he extends his journey by taking trails. He'll forgo his bike if streets are covered with ice or snow, but cold is rarely an issue. With a heavy coat, scarf and a face mask, he can handle most temperatures, though he wonders if it's worth it when it gets sub-zero.

"I start to question my wisdom on those days," he said.

Like Horton and Brumm, he considers biking more convenient and pleasant than driving, a time-saver with significant personal benefits.

"To me, it's just a win-win-win situation," Arritt said.

Atrium art in Bessey
Get a feel for Okta as an early adopter
Spring enrollment is third highest on record
Vet Med dean finalists will visit campus next month
What drives campus commuters who bike, even in winter
Eyes on March
Green Dot exhibit encourages action 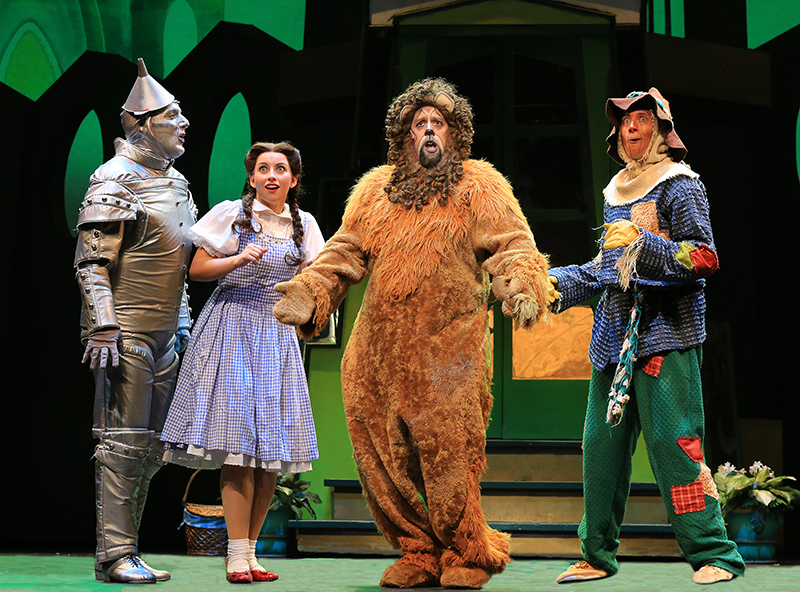 Enjoy dinner and a show Jan. 30 at the Iowa State Center.