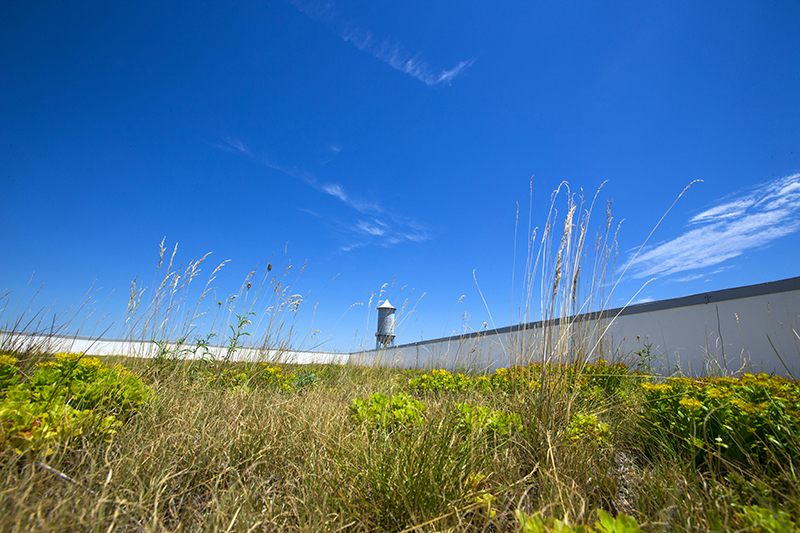 It's the height of summer, which means the campus is alive with greenery, even at heights no one sees while strolling down a sidewalk.

Iowa State built its first green roof in 2009, on the King Pavilion, an addition to the College of Design building. Since then, the inventory of campus buildings topped with vegetation has flourished with little fanfare, growing to a dozen separate spaces on nine structures with two more in the works.

"We've got these little pockets of green tucked around campus that people don't realize we have," said Kerry Dixon, coordinator of sustainable design and construction for facilities, planning and management.

Though green roofs are prevalent more in the south and on the coasts, Iowa State has the most of any public university in Iowa, Dixon said.

"For our region, I think we're probably ahead of the game," she said.

They're not clandestine lawns. Roofs are planted for minimum fuss, with hearty, low-nutrient, low-moisture options such as short-rooted grasses, chives and sedums (also known as stonecrops). They take root in a few inches of "bad sandbox sand" that looks nothing like Iowa soil, Dixon said.

Maintenance crews weed them once or twice a month during the growing season, and they are watered when it's been hot and dry for a couple of weeks. But green roofs aren't manicured. Designs plotted by architects fall apart after a couple years, Dixon said.

"Plants don't like growing in straight lines. They will grow where they want to grow," she said. "As long as there's something green up there growing, it's doing its job." 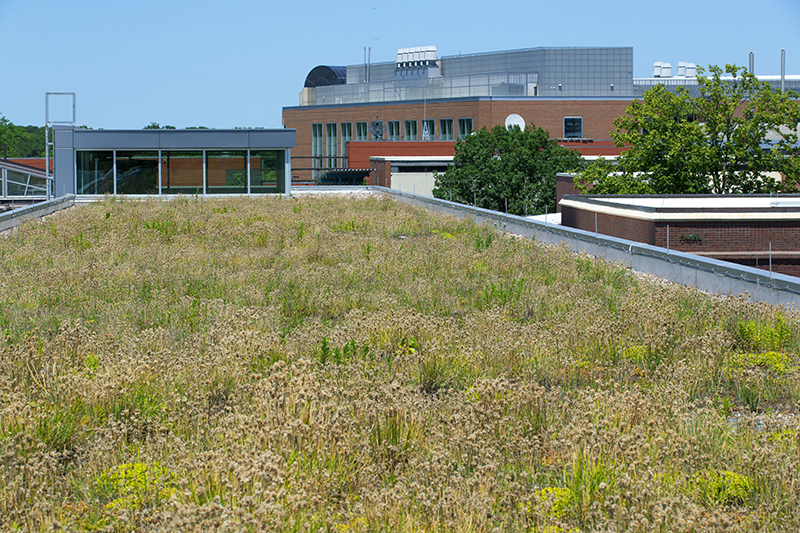 From a select few windows, some green roofs can be seen. They're easier on the eyes than a standard roof, ballasted with rocks or sheathed in a reflective white covering.

"Nobody wants to look at a roof," Dixon said. "It's not a warm, fuzzy feeling."

But green roofs don't need to be visible to be effective. The King roof was a solution to an old problem, Dixon said. Stormwater drains on the west side of campus were built as part of a master plan devised in the 1940s, when most land west of Bissel Road was athletic fields. Those fields became buildings and parking lots, which meant a hard rain overwhelmed the sewers and caused flooding.

Yet little rain flows off King Pavilion. Like most of Iowa State's green roofs, it can hold 80 percent of a 1-inch rain storm, Dixon said. On the King roof alone, that's about 5,400 gallons of water. Rain that does run off is filtered better, she said.

Stormwater management is the chief functional benefit of a green roof, but a living lid also protects a roof's membrane from the sun, which extends its life, Dixon said. And it makes for less of a heat island. The plants soak up solar energy, reducing heating and cooling costs, she said. 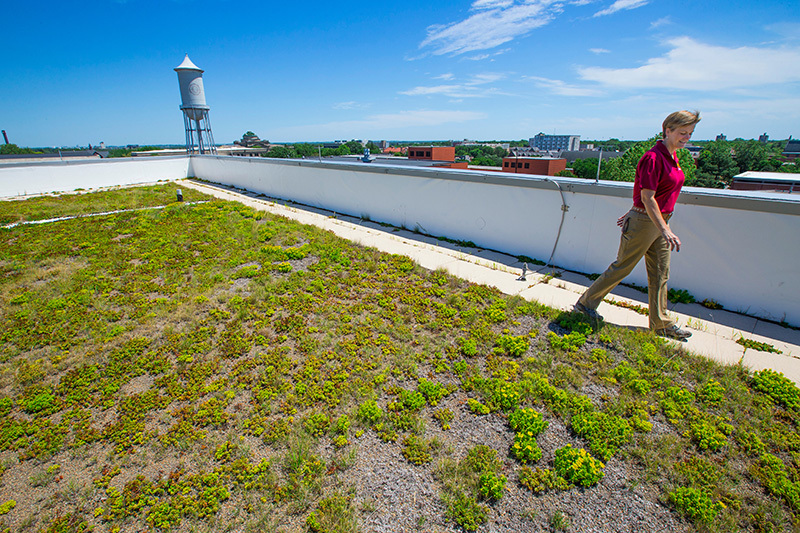 Kerry Dixon, coordinator of sustainable design and construction for facilities, planning and management, walks the perimeter of the green roof on Elings Hall.

Not for every building

Though most roofs could support a green retrofit, not every roof should be green. It's not a good fit for buildings that need significant venting, which some scientific facilities do, Dixon said.

"It is only done when it makes sense for the project," she said.

Green roofs also cost more to install and maintain, though a 2011 report by the General Services Administration, which manages federal government buildings, found that the financial benefits outpace the costs in a little more than six years, on average.

But because of the upfront cost, green roofs have been installed primarily on new buildings or major additions, Dixon said. In some cases, interested parties have been the driving force. The primary donors for Troxel and King supported the concept, Dixon said. Students were behind the green roofs on the bus shelter, MU and Horticulture Hall.

That points out another upside of green roofs. They're an effective way to engage students and others on sustainability issues, said Merry Rankin, director of sustainability.

"It's easy to see. It's very easy to connect with," she said.

Plans for the Student Innovation Center

Connecting with green roofs will be even easier when the Student Innovation Center, under construction between Sweeney and Hoover halls, opens in 2020. Two different roof levels will have plants, nearly 13,000 square feet combined, including a publicly accessible terrace and a garden area, Dixon said.

Having a green roof that can be experienced will be a huge benefit, Rankin said. 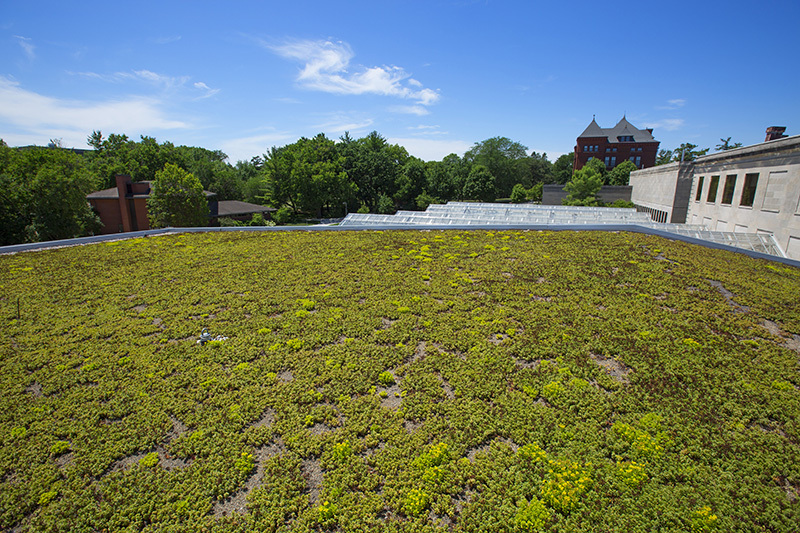 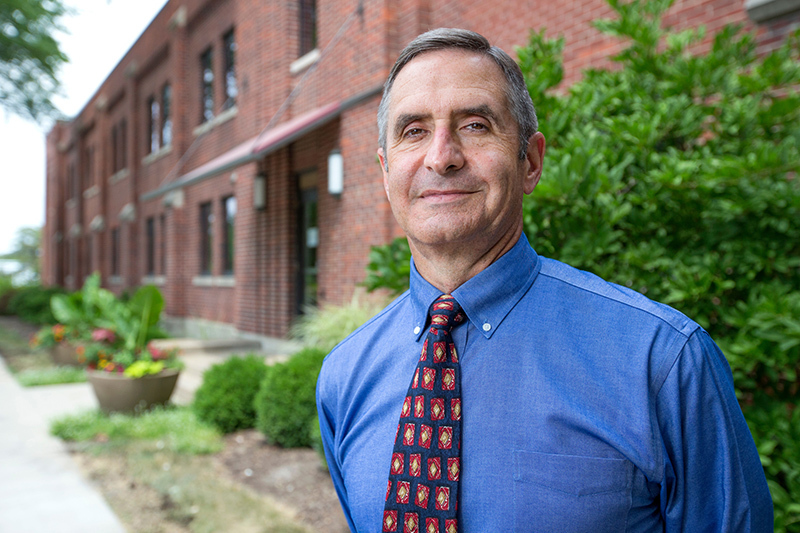 Paul Fuligni's first day at Iowa State was July 10. He is the new associate vice president for facilities in the university services division, and leads the 450-plus employees in facilities planning and management.

Fuligni comes to Iowa State from Southern Illinois University, Edwardsville, where he served as director of its facilities management department since 2011. Previously, he had a 29-year engineering career in the U.S. Navy, including leadership roles in the Naval Facilities Engineering Command, the unit in charge of designing, constructing and maintaining the Navy's shore facilities.

Fuligni's office is in 108 General Services. He can be reached by phone at 294-2631, by email at pfuligni@iastate.edu.

By Rob Schweers, office of the senior vice president and provost
July 13

Bill Graves is the next dean of the Graduate College and Ann Marie VanDerZanden is the next associate provost for academic programs. The full-time appointments are effective July 17 and July 19, respectively.

Both roles were held by Dave Holger, who retired last month after 43 years at Iowa State. Internal searches for both positions began in April.

"Ann Marie and Bill have tremendous track records of success on campus and are excellent choices to help lead our academic and graduate programs," said senior vice president and provost Jonathan Wickert. "Each will play a critical role in sustaining a high-quality learning experience for every Iowa State student." 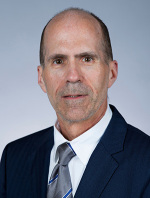 Graves, a professor of horticulture, has served on the graduate faculty for 25 years and as associate dean of the Graduate College since 2010. He was the director of graduate education in the horticulture department for 12 years and for interdisciplinary graduate studies for seven years. Graves was the major professor for numerous master's and doctoral students, received local and national graduate educator awards, and is the current chair of the Midwestern Association of Graduate Schools.

"It will be an honor to lead the college through which I earned my first graduate degree," Graves said. "Graduate education has never been more relevant, but faces challenges. We will advocate for and promote the importance of advanced study, as well as a diverse, equitable and inclusive academic environment in which graduate students and postdoctoral scholars will prepare for impactful careers." 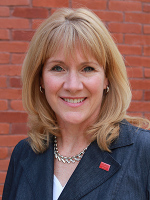 VanDerZanden, also a professor of horticulture, has served as director of the Center for Excellence in Learning and Teaching (CELT) since 2012. She also served as CELT's associate director (2009-12) and was co-director of the learning communities program. VanDerZanden is a fellow of the American Society for Horticultural Science and has received numerous local, regional and national teaching awards. She is involved in higher education leadership and is president-elect of the North American Colleges and Teachers of Agriculture organization.

As CELT director, VanDerZanden expanded services and support for instructional faculty, including the creation of the Online Learning Innovation Hub and development of inclusive classroom workshops. She has collaborated with college leaders to support teaching and learning initiatives and worked with faculty to further scholarly teaching practices. She also has collaborated with colleagues in the division of student affairs.

"I look forward to working with colleagues across campus to build on the excellent programs and initiatives already in place and to determine strategic priorities to enhance the quality and reach of Iowa State's academic programs," VanDerZanden said.

Five questions for the fleet manager 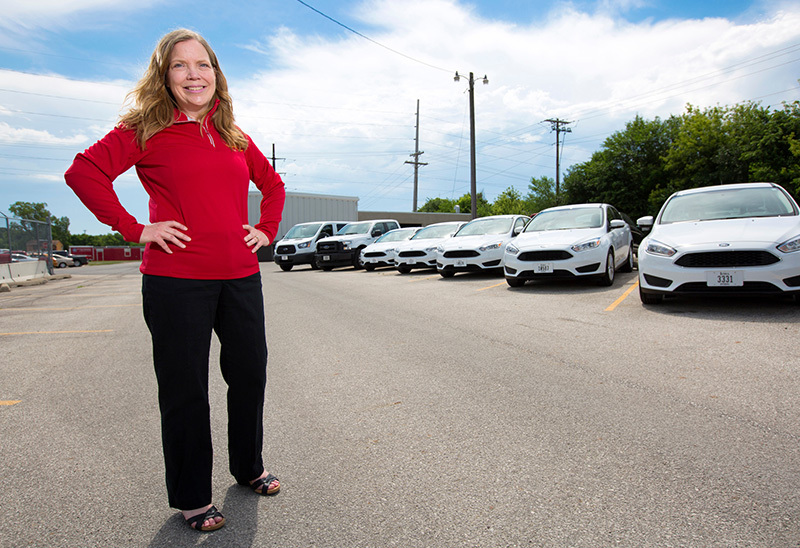 How large is the vehicle fleet you manage?

The numbers change constantly, depending on the time of year. Auctions to sell used vehicles are in June and October; our new purchases -- 50 to 65 annually -- arrive from February to May. But it's around 580 vehicles. Of that, about 360 are permanently assigned to departments on and off campus, through annual leases. That includes extension vehicles, residence and dining trucks and vans, ISU Police cars and some local ISU farm vehicles. We also manage vehicles for the two state Board of Regents' special schools (School for the Deaf and Educational Services for the Blind and Visually Impaired). That leaves about 220 vehicles for daily and seasonal reservations.

Is there a common misnomer about transportation services?

Probably that employees think they are going to pay less through a car rental company. They don't always compare apples to apples. Our rates include fuel and our insurance. Plus, I'd emphasize the importance of using a university vehicle for university business. If there's an accident, it's on our insurance; if you're in a personal vehicle, it's your insurance and your deductible.

Do you ever turn down a vehicle request? (For example: I'm going to San Diego but I hate to fly, so can I reserve a car?)

We really try hard to not say no. Probably the farthest we've sent a vehicle was a pickup truck to Mexico. A research team had to go down twice a year to study figs that grew only in a specific location. Because it was out of country, that required a separate insurance policy, and we learned a few lessons over the time of that project . . . like send three spare tires, use thicker tire treads and put a lockable topper on the truck.

We try to find a solution. If we don't have a 15-passenger van available at the time you need, would two seven-passenger vans work? We try to be a "yes, we can" department.

An electronic key box for the front entry. It would give us 24-hour checkout, which would help us make more efficient use of our vehicles -- we would need fewer, probably -- and it would provide better weekend service. Right now, all weekend reservation vehicles have to be picked up between 3 and 5 Friday afternoon.

A customer steering committee is giving us input on both sides of this option. Some just value a really clean car. A department that makes frequent weekend runs to the airport appreciates more flexibility on scheduling. We have the system budgeted, but we need to make a final decision about whether to add it, probably in the next six months.

What's to love about a job that depends on no vehicle breakdowns, no lockouts and fully inflated tires for smooth sailing on a daily basis?

Every day is different, and I love that. I feel like a firefighter sometimes, but I like the challenge. For example, making a reservation work for a customer when someone else returns that car late. Or, figuring out solutions when a customer calls about a vehicle breakdown out of town somewhere. The world is not perfect, and you have to make the best of what you have.

The Professional and Scientific Council opened its 2017-18 slate July 6, with most of the meeting set aside for priority planning.

During a July 18 retreat, the executive committee will further refine the priorities for consideration by the full council at its Aug. 3 meeting.