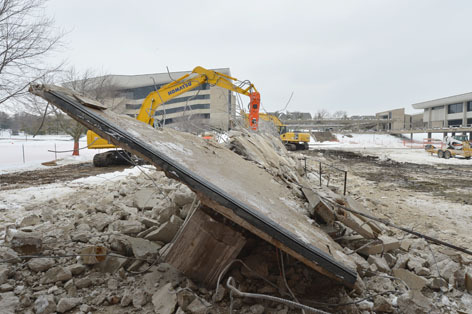 Demolition of some deteriorating elevated walkways is under way this week as part of a master plan to redesign the Iowa State Center courtyard area. The final version of the plan was presented to the public and key stakeholders last fall. Demoilition, repairs, handrail replacements on the remaining walkways and updated lighting are part of the $2.55 million project. Improvements to the parking and green space areas also are planned. Pedestrians should be prepared for temporary detours and minor inconveniences in the area during the project. Photo by Bob Elbert.

Applications for fellow posts in provost's office due April 5

Tenured faculty members are invited to apply for a faculty fellow position in the office of the senior vice president and provost. Fellow positions are part-time for two academic years, beginning this August. Several positions are available.

Faculty fellows will broaden their understanding of and experience in academic administration. Each fellow will develop, implement and lead a faculty initiative related to a priority in the university's academic affairs, such as: orientation and mentoring, diversity and inclusion, research collaboration, or resources and training for department chairs.

Each faculty fellow will be provided part-time release for the 2013-14 and 2014-2015 academic years. B-base faculty fellows also may receive partial support for work carried out in the 2013 and 2014 summers. Fellows will receive the resources needed to carry out their duties from the senior vice president and provost but will retain office space in their home departments.

Applicants should be associate or full professors on full-time appointments and employed at ISU for at least five years.

Applicants should submit the following items in a single document (PDF) to Julie Tarbox in the provost's office:

Applications are due April 5. Fellows will be notified by April 19. Questions about the fellowship program may be directed to associate provost Dawn Bratsch-Prince, 4-6410.

Thanks to grant funding, staff members have a professional development opportunity right here on campus. Registration is open for the April 2 conference, which will be held in the Scheman Building. The $50 fee includes morning and afternoon workshop sessions, with lunch.

"Our goal was to develop a holistic and sustainable plan that would have lasting impact," said committee chair David Meisinger. "We focused on personal, professional and organizational development and attempted to find means that would potentially benefit every P&S employee in their workplace and in their life."

The conference was made possible by a $25,000 strategic initiatives grant from the office of the senior vice president and provost. The P&S Council was awarded the grant in 2011 through a competitive application process.

Workshop presenters include athletics director Jamie Pollard ("Success in Selecting Key Leaders: Building and Promoting a Value-driven Organization"), vice president for extension and outreach Cathann Kress ("How to Thrive and Survive in a Complex Organization") and author Randy Dean ("Taming the Email Beast: 45 Key Strategies for Managing Your Email Overload"). A combined 33 workshops, including some repeated presentations, will be presented in four breakout sessions.

The newly created "affinity groups" also will meet during the lunch break. P&S Council members will facilitate these learning and service groups that offer staff members "community-building" opportunities among programs, departments and staff.

"I wish I could take more of the credit for this awesome opportunity being presented to P&S employees, but the truth is that so many very talented people have stepped up and taken control of every aspect of this project," Meisinger said. "It has been a joy to work on this development effort because of the kinds of people we have at ISU that are willing to make commitments and do so much in building and implementing this program."

As outlined on "high Cs" website, the council's professional development committee plans to continue and sustain its professional development initiative with a web-based resource library of training opportunities, online educational and training materials, open forums and workshops. The newly formed affinity groups also are part of future efforts. The groups are open to all P&S staff and conference attendance is not required for participation. 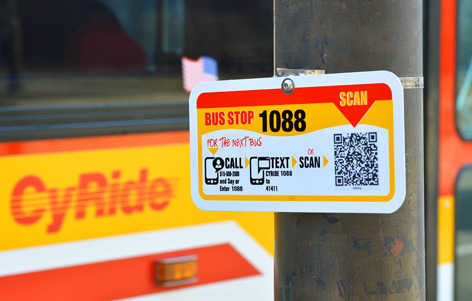 A new sign, providing bus stop ID number and Next Bus options, has been added at every CyRide stop. Photo by Bob Elbert.

CyRide picked the right time of year to launch a service that tracks its bus locations and predicts arrival times at subsequent bus stops. Since Jan. 31, Next Bus service has been available at no cost to users via a phone, mobile device or internet-connected computer. All CyRide routes are included in the service.

The would-be rider specifies a route and provides the bus stop he or she is at – every CyRide stop now has a four-digit number. Next Bus uses global positioning satellites, computer modeling and cellular technology to track vehicles and almost instantly provide the arrival times for the next three buses. This estimate is updated continually.

So, riders hoping to avoid an extended chilly (or sweltering) wait at their CyRide stop can get up-to-the-minute information about when the next few buses will arrive. If you're already at your stop – and you own a smart phone -- you also have the option of scanning a QR (Quick Response) matrix on the bus stop sign to receive bus arrival information.

Responding to student requests, in 2011 the Government of the Student Body agreed to provide $450,000 in student fees over three years to provide the service. This includes installing satellite tracking devices in 84 CyRide buses and an annual $80,000 user fee to the Next Bus company.

"Everything I've heard has been positive," said GSB president Jared Knight. "The service is getting widespread use and it's helping a lot of students get to the bus on time -- which has been especially helpful in the cold weather!"

An advanced feature of Next Bus allows users to request personalized alerts about schedule changes due to weather or traffic delays or road construction. For example, an ISU employee who routinely boards the 5:21 p.m. bus at the end of the work day could sign up to receive a daily alert when the bus is five minutes away – whether that turns out to be a 5:21 bus or a 5:29 bus that day.

CyRide director Sheri Kyras said her staff has used Next Bus internally since September, prior to its public release. Dispatchers use it to track buses that fall behind schedule and alert drivers to make up time. Schedulers are able to review a 90-minute route in five minutes to confirm that posted schedules are (or are not) accurate.

"It's been very, very helpful to us in our work," she said. Previously, that task required CyRide employees in cars cruising around town to monitor bus movement.

Kyras said one more piece of the service will come later this spring. Four LED digital signs will be installed at four heavily used transfer locations on campus, providing bus arrival information for passengers waiting at these bus stops. The four locations are Student Services Building, and Friley, Kildee and Bessey halls.

Next Bus, based in the Oakland, Calif., suburb of Emeryville, has more than 110 clients in the United States and Canada, including university and community transit programs, hospitals and tourist resorts.

ACSFA is an independent committee that provides advice and counsel on student aid policy to Congress and the U.S. Secretary of Education, with specific focus on increased college access for low- and middle-income students. The committee's 11 members are appointed by members of Congress and the Secretary of Education for a single, four-year term. Harkin, as chairman of the Senate Health, Education, Labor and Pensions Committee, recommended Johnson to the committee.

Take a minute to update your emergency info

Next time you're in AccessPlus, take a minute to review your information on two important emergency systems:

To use these services, you must enter information separately in each system and keep that information updated. See details below.

Seventeen ISU Alerts have been sent to the university community over the past five years. Here's the nature of those alerts

Use: Alerts faculty, staff and students in potentially dangerous situations, such as severe weather, hazardous materials incidents or bomb threats.

Confidentiality: Phone numbers and email addresses are used only for the alert -- nothing else.

How to update your info

Use: Helps officials find a family member or friend you've designated if you are seriously injured, ill or missing.

Confidentiality: Your emergency contacts are available only to university emergency response staff, such as ISU police.

How to update your info

Lecture offers pictorial look at ISU, Ames in the 1890s 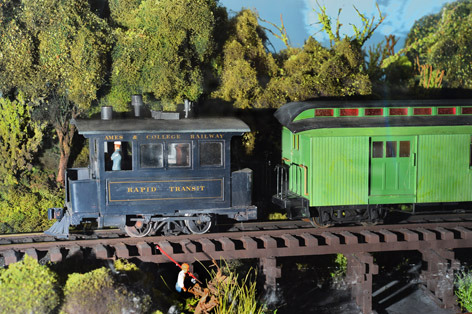 A "dinky" scale model of the Dinkey, the steam engine that trekked ISU students and staff between campus and Ames from 1891 to 1907, is on display at Parks Library (first floor, east side) through May. Photo by Bob Elbert.

Ames native and ISU alum Douglas Biggs loves history. That's fitting, since he is associate dean of the College of Natural and Social Sciences and an associate professor of history at the University of Nebraska, Kearney.

Though he teaches in Nebraska, Biggs maintains a strong affinity for his hometown and alma mater. And he returns often since his wife, adjunct associate professor of English Gloria Betcher, calls Ames home.

Biggs will share his penchant for Ames and Iowa State history during a lecture on March 11 (8 p.m., Memorial Union, Sun Room) called "Iowa State in the 1890s: A Visual History."

The Dinkey provided students and faculty transportation between campus and Ames from 1891 to 1907. Special Collections Department/Iowa State University Library.

His talk will feature a slide show of photographs depicting life in Ames and at Iowa State in the late 19th century. A highlight of the talk will be a discussion of the Dinkey, a steam engine that ran between campus and downtown Ames between 1891 and 1907.

A scale model of the Dinkey, including tracks, is on display through May on the east side (first floor) of Parks Library. The model and accompanying information panels are on loan from the Ames Historical Society. 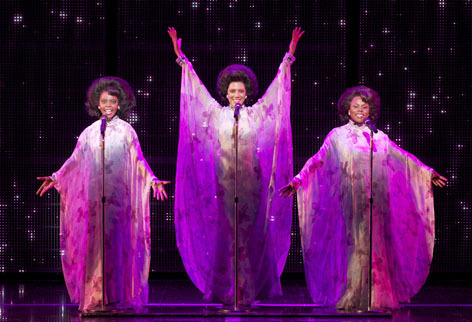