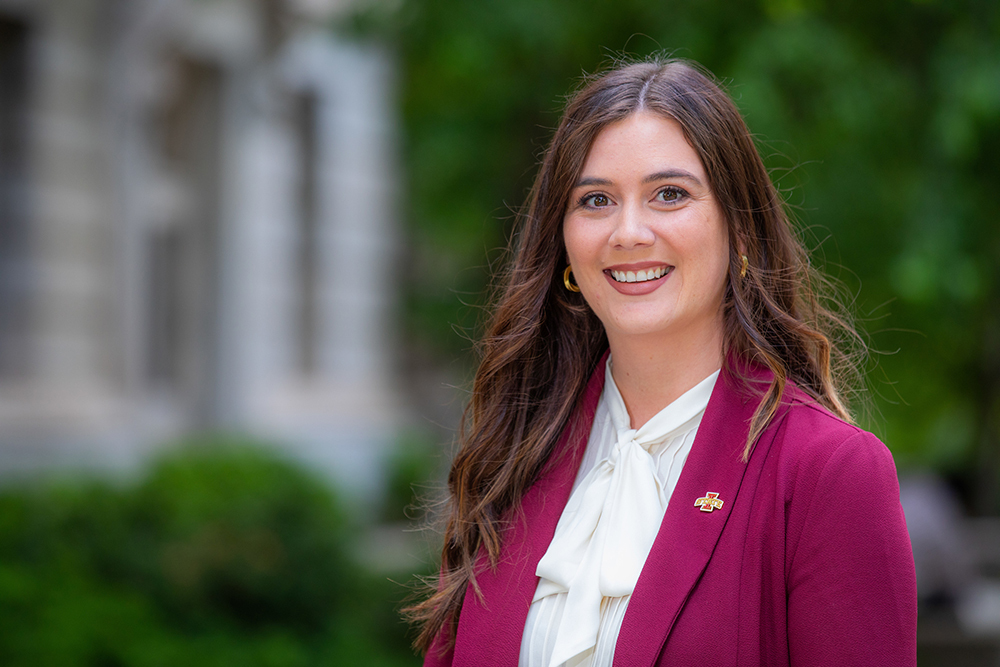 Haley Moon is the assistant director of federal relations. Photo by Christopher Gannon.

Haley Moon began serving in a new position, assistant director of federal relations, on May 31. She joins director Sophia Magill in what is now a two-person team. She'll work with Magill to:

For the last five years, Moon has served as advocacy and political action manager for the Iowa Association of Electric Cooperatives, Des Moines, where she developed and implemented strategies at the state and federal levels. Previously, she served in the Washington, D.C., office of former Iowa congressman David Young (2015-17) and the Des Moines office of Sen. Joni Ernst (2015). She also worked in the Iowa House of Representatives during her college years.

Iowa State is involved in events in Ames and Des Moines to commemorate June 19, 1865, the day the country's last enslaved people learned they were free.