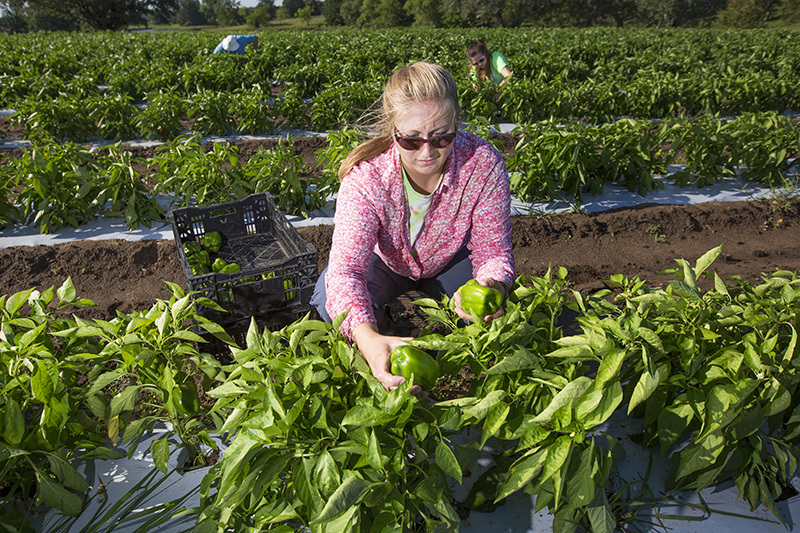 Horticulture student Amanda Vanscoy harvests green peppers at the Horticulture Research Station. The peppers were grown for use by ISU Dining, a first for the research farm. Photo by Christopher Gannon.

Iowa State students eat a lot of green peppers. They'll consume more than 2.5 tons in the university's dining centers just in the first six weeks of the fall semester.

This year, forging new ground in a longstanding partnership, the majority of the peppers in all those sandwiches and salads will be harvested at Iowa State's Horticulture Research Station, an initiative ISU Dining and the research farm hope to see expand.

ISU Dining typically processes more than 12,000 transactions per day. Dishing up all those meals and snacks takes an astonishing amount of food. During the 2016-17 school year, the dining system purchased:

ISU Dining's food buyers have used produce from the horticulture farm for many years. The farm's orchard provides the dining system with tens of thousands of apples, including those given away at campus welcome stations on the first days of classes.

What's new is the scope and intention. The half-acre of bell peppers, expected to produce 3,000 pounds, was grown specifically with ISU Dining's needs in mind. Other produce used in dining centers -- like the 1,000 pounds of cantaloupe -- was grown for research, Howell said.

Purposefully planting with hungry students in mind benefits both sides.

For the past decade, the dining system's Farm to ISU program has sought out local and sustainable food. But purchases made through Farm to ISU haven't climbed much past 10 percent, Rodekamp said. That percentage is even smaller when it comes to produce, she said.

"The burden of our situation is that we lose out on multiple weeks of the growing season because we just don't have the mouths to feed on campus," she said. "We get a six-week window to really work on that volume. There's not a lot of growers who want to invest in us at this time of the season."

The research station, however, planted its peppers a few weeks late specifically to time peak production with the start of the semester, Howell said.

At the research station, about 5 miles northeast of Ames, roughly half of the 230 available acres is devoted to turf grass, ornamentals and trees, Howell said. The wide variety of fruits and vegetables planted by researchers -- or maintained for possible use by researchers -- takes up most of the other half.

After the necessary data has been collected, research produce is put up for sale, if possible. A little more than a decade ago, none of the food grown at the research station was sold. Now, 20 to 25 tons makes it to market annually, Howell said.

In addition to ISU Dining, produce is purchased by growers who sell at the Downtown Farmers' Market in Des Moines, the Iowa State community via online sales and even some grocery stores, though Howell said they are careful to avoid competing with private farmers when they sell to grocers.

Twenty to 30 acres typically are unused for research and are planted with commodity crops, he said. ISU Dining's peppers were planted on a small chunk of that unused land, which Howell would rather devote to horticultural uses. In the past, he said land already planted with field corn or soybeans has been plowed under to make way for research projects.

Proceeds from sales of crops grown at the farm help subsidize research costs, he said. 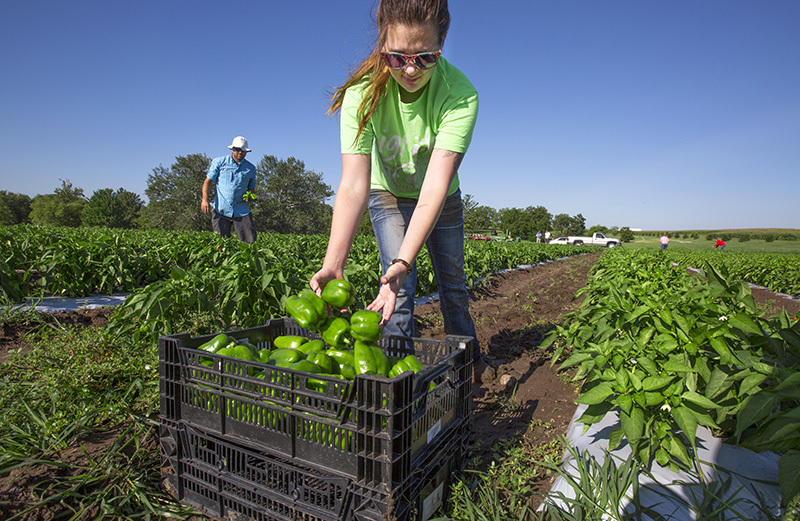 Howell would love to devote more of the research station's nonresearch land to food crops for students. There's one main obstacle.

Starting last week, the peppers will be picked twice a week by hand until fall frost hits. They also must be sorted by hand to be graded for quality.

But the research station has purchased a vegetable washer to simplify sanitization, Howell said.

The farm also bought a root digger to speed harvesting of in-ground produce such as potatoes.

Spuds grown at the research station could be the next bulk crop planted for ISU Dining, Howell said. They have a relatively long shelf life, which could keep Iowa State students eating local potatoes into the winter. Onions are another possibility.

If the partnership expands to other crops, Howell can imagine using as many as 5 acres of research station land to grow produce in bulk for campus dining centers.

"We could obviously use it," Rodekamp said.

But it has to be a good deal for both sides, she said. ISU Dining has to consider the premium cost of local and sustainable product when it buys food, and she wouldn't want the research station to invest in growing more food unless it can be certain the dining system will buy it.

"It certainly takes some care to make it work," she said. 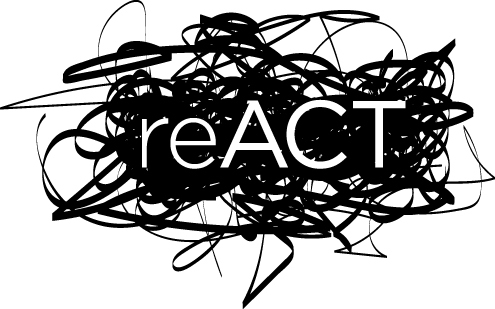