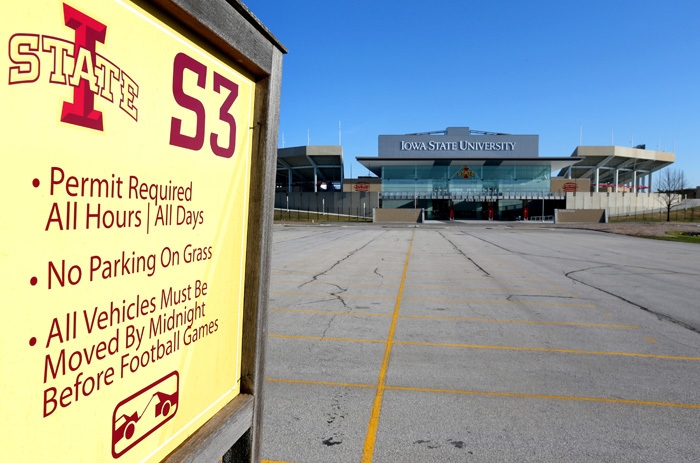 Lot S3 will be removed this spring as part of plans to redevelop the area between Jack Trice Stadium and Reiman Gardens. Photo by Christopher Gannon.

The second phase of the football stadium expansion, an $11.5 million development of about 10 acres between the south end of the stadium and Reiman Gardens, will begin next month. One part of the project involves removing the parking lot (S3) immediately south of the new end zone club facility, shortening the lot on either side of it and replacing the entry road to Reiman Gardens off of University Boulevard. A drainage ditch running along the north perimeter of Reiman Gardens will be converted to an underground drainage pipe and a new ground-level sign installed for the gardens.

This work is anticipated to begin in mid-April and wrap up by mid-August, in time for the football home opener on Sept. 3. It will eliminate an estimated 400 parking spaces from the stadium south lots.

Reiman Gardens' primary entrance off of University Boulevard will close for a time in early summer while crews reconfigure the intersection. During this time, visitors will access the gardens and parking lot from the Beach Avenue driveway.

The other part of the project, for which the design isn't finalized yet, will create a landscaped green space and plaza on the S3 parking lot site as a visual link between the stadium and gardens. The plaza is expected to include some variety of water feature and formal and informal gathering spaces. This work also will improve lighting south of the stadium and create a landscaped buffer between the parking lot designated for garden visitors and other stadium lots.

Project manager Jon Harvey, facilities planning and management, said he anticipates the landscaping component will begin sometime this fall, with final plantings installed in spring 2017. He said this work would not greatly impact stadium game days this fall.

Completed last August, phase 1 bowled in the south end of Jack Trice Stadium, creating a new south entrance, indoor club facility and continuous permanent seating on the lower level, and adding upper-level seating in the south corners. The project also added more concourse-level restrooms, a larger south video board and an electronic ribbon board around the stadium.

The two phases, totaling $60 million, will be covered by a $32 million bond sale (February 2015) and $28 million in athletics department annual revenues and private gifts. 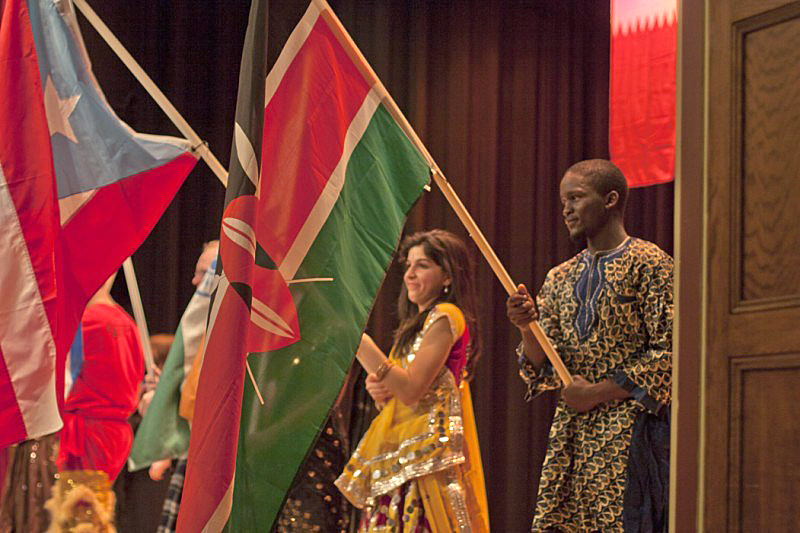