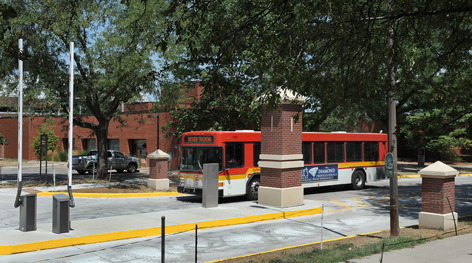 A new look for the east end of Osborn Drive is just one of the many changes that took place this summer on campus. Photo by Bob Elbert.

Summertime in the world of academia usually means life is less hectic. But while you were enjoying some peace and tranquility, many administrative and physical changes took place across campus. Here's a look back at some summer news.