It's all in the gears 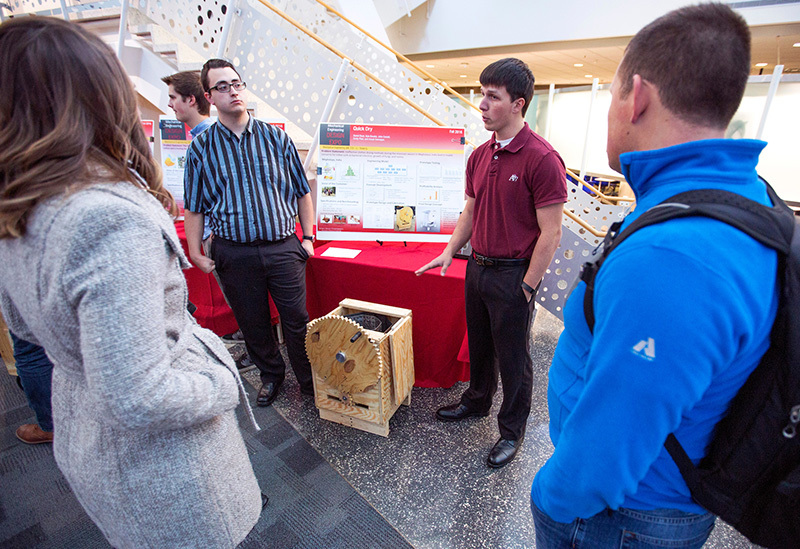 A portable clothes washer for Syrian refugees in Lebanese camps. A hand-pushed, bicycle-like cotton seed planter for farmers in India. A stand-alone network of weights, gears, wheel and microwave motor to produce electric light for nomadic Mongolian communities living outside a power grid. A simple corn sheller for Ugandan farmers in need of corn flour. A hand-cranked trash compactor to fit on 55-gallon drums in Lebanese refugee camps. A semi-mechanized planter to speed up the planting of cassava stalks, a root vegetable grown by many Tanzanian farmers.

Such were the products demonstrated by their student designers Tuesday during the mechanical engineering (ME) department's seventh annual Design Expo. For 45 teams in the sophomore-level ME Design, the semester-long assignment was to identify an inefficient or laborious daily task in a developing country, design an apparatus that improves the task and build a cost-effective prototype.

Teammates John Ceriotti and Kyle Bouska were showing off their portable clothes dryer, intended to provide farmers in the Indian state of Meghalaya relief from bacterial rashes caused by perpetually wet clothing during the monsoon season. Current drying strategies are indoor clotheslines and hot stove surfaces.

They built their half-scale model from plywood (case and gears) and aluminum (drums), but would use aluminum gears and a plastic case in production, they said.

Ceriotti said they achieved proof of concept, though "not as efficiently or as fast as we wanted." With a goal of 1,000 revolutions per minute, their top speed with the hand crank was 400 rpms. He hoped aluminum gears would eliminate some gear play and improve the crank efficiency.

Their aha! moment: Figuring out how to incorporate a beveled gear between the crank handle's vertical gears and the horizontal gears beneath the drums.

Design Expo 2016 also featured 31 senior teams from two systems design courses -- ME 415 and Engr 466 -- who partnered with companies, organizations and nonprofits to either improve on an existing design or develop something new.

There are many benefits to unifying applications, Lackey said. Streamlined business processes, more collaboration across units and instant access to reports and data will make the university more efficient in its everyday activities and more insightful about planning.

Workday employs "mobile-first" software -- that is, software that is written specifically for mobile devices, then adapted for desktop machines. The result is a smoother mobile experience, said chief information officer Jim Kurtenbach.

With the software, for example, students might review class schedules or transcripts, advisers might use analytics to trace students' progress or office managers might review the office budget -- all from their smartphones or laptops.

Associate dean of the College of Liberal Arts and Sciences Arne Hallam noted that the mobile-first software "will make it more convenient for Iowa State faculty and staff to check on things, like recruiting and financial balances on grants, at any time and from any device."

University registrar Laura Doering added the software is easy to use.

"There are no instruction manuals because you don't really need them," she said. "The application is very intuitive. And if you make an error, the application immediately lets you know so you can correct it."

"You don't have to worry about what version of the software you're on," she said. "Everyone will always be working on the same version. The upgrades are done on weekends and while they may not be as easy as installing a new app on your phone, I anticipate the process being easier than a typical software upgrade."

Another plus, according to Doering, is Workday's systematic process of soliciting feedback. Workday hosts a virtual community of customers, partners and employees who submit, discuss and vote on ideas. Often, the enhancements become a part of the six-month updates.

ISU student government body president Cole Staudt got a look at mockups of student modules that may one day make class registration a cinch. Under the system, students would be able to create two- to four-year course plans and register for all their classes each semester with a single button push.

"It looks and feels really good and is easy to navigate," Staudt said.

A year-long vetting process involving hundreds of ISU employees and discussions with vendors went into the selection of Workday, Lackey said. Many months of work remain before the new system is fully functional. Moving all of Iowa State's mainframe business applications to cloud-based systems may take two to three years.

In January, staff in finance and human resources units will begin working with Workday officials to configure the new system to fit university needs and start training. This early phase will take six to eight months. After that, the plan is to phase in human resources applications first, then finance and student information.

The Professional and Scientific Council will vote next month on a statement that supports and emphasizes a commitment to campus diversity and inclusion. A motion to include language advocating diversity and inclusion in the council's FY 2017 priorities and strategic initiatives was introduced at the Dec. 1 council meeting.

The proposed language encourages council to "identify available resources and create new opportunities for advocacy, education and professional development" related to diversity and inclusion. It also reinforces the council's role in ensuring ISU "is a safe, welcoming and inclusive place to work and learn."

The motion comes on the heels of Iowa State's new strategic plan, which also includes diversity and inclusion among its priorities.

A new award honoring individuals who've advanced diversity and inclusion at Iowa State will be part of next fall's university awards ceremony.

The Award for Inclusive Excellence will go annually to up to two individuals (one faculty and one professional and scientific staff member) who make special efforts beyond their usual job responsibilities to promote diversity, equity and inclusion on campus and in the community. Awardees receive $1,500 each.

"Anyone who is striving to positively impact the campus by involvement in diversity, equity and inclusion initiatives is a good candidate for this award," said Nicci Port, project director in the office of the vice president for diversity and inclusion. "This could include those who promote inclusion by serving on university committees, working with student organizations or leading efforts to impact the experience for diverse faculty and staff."

Any ISU faculty or staff member can nominate someone for the award. (Many faculty and staff awards must be submitted through colleges, but this award does not require college-level vetting.) Nominations must be submitted to the office of the senior vice president and provost by Feb. 10. Next year's awards ceremony, generally held in September, has not been set.

The state Board of Regents approved a tuition increase proposal on Dec. 5 that will raise Iowa State tuition next year 2 percent for resident undergraduates and 3 percent for all others. It also will put in motion three-year differential tuition increases for juniors, seniors and graduate students in five academic programs and adjust several previously approved tuition differentials for consistency.

The board approved the increases on a 9-0 vote and without discussion, including no acknowledgment of requests from Iowa State's student government and Faculty Senate to delay the tuition vote a month. In the last two weeks, both groups asked the board to hold off on voting until it had studied a two-tiered (underclassmen/upperclassmen) differential tuition plan based not on academic program but on class level and progress within programs.

President Steven Leath first mentioned the more comprehensive approach during his annual address in September and the provost's office involved students and faculty this fall to develop some specifics. But Gov. Terry Branstad subsequently expressed concern about higher college costs for juniors and seniors, and university leaders shifted their focus to differential tuition for upper division students in specific, high-cost programs.

Following the board's vote, ISU Student Government president Cole Staudt expressed his frustration. Postponing the vote "to give the comprehensive model a full vetting" and consider the long-term effects of both differential tuition models "would have caused no harm," he said.

"I trusted that [board members] listened to us and would make a decision after gathering all the facts. That trust has been broken," he said.

Regent president Bruce Rastetter said the board isn't likely to support a tuition proposal that makes school more expensive for all juniors and seniors regardless of the program they're in.

A three-year implementation will begin next year on differential tuition for juniors, seniors and graduate students in five programs: animal science, biology, computer science, industrial design and natural resource ecology and management. The differentials -- $1,600 in the undergraduate programs and $1,124 in the graduate programs after three years -- reflect higher instruction costs. Next year's increase is $534 for undergraduates and $374 for graduates.

The 2017-18 year is the second in a three-year plan in which all international students will pay an additional $500 per year above nonresident tuition increases. When fully implemented, the differential will be $1,500.

Following closed-session interviews with three finalists for the University of Northern Iowa presidency, the board announced its selection of Mark Nook as UNI's 11th president, effective Feb. 1, 2017. Nook currently serves as chancellor at Montana State University, Billings. He earned a master's degree in astrophysics (1983) at Iowa State.

In other ISU-related business, the board:

Be prepared for winter's wrath 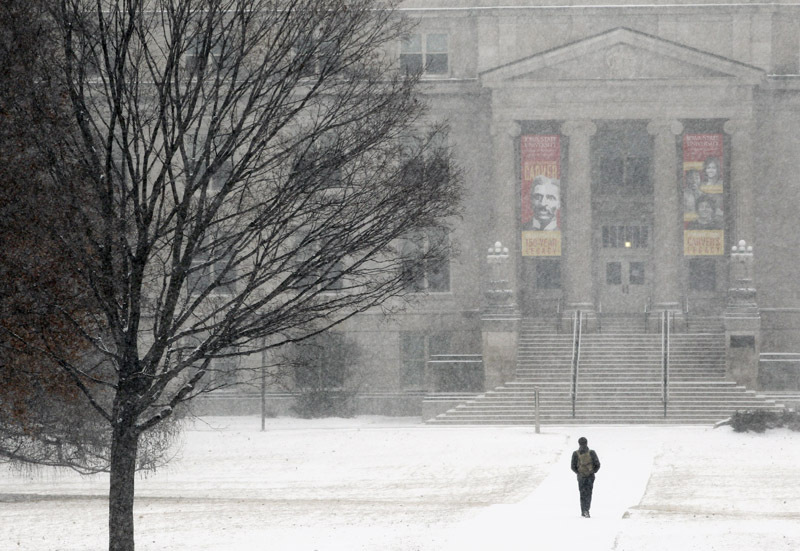 Autumn was long and warm, but this is Iowa; winter is coming. Get ready for severe winter weather with this guide to university policies and procedures.

To learn about ISU cancellations and closures, check the:

For more information, see the parking section of the environmental health and safety website. 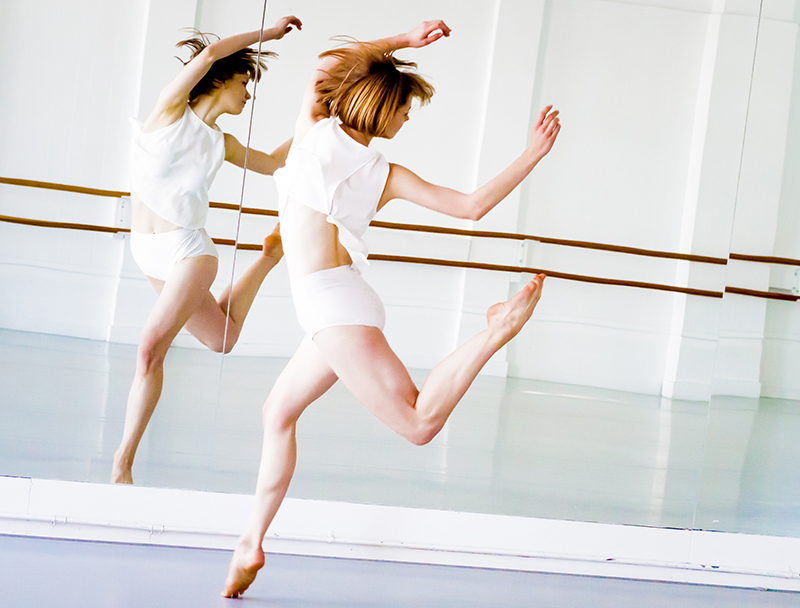 Ames native Liza Kroeschell, a professional dancer and instructor from the San Francisco area, will perform in a principal role as the Sugar Plum Fairy. Photo by Good Lux Photography.

For the 36th consecutive year, Stephens Auditorium will stage a local production of "The Nutcracker Ballet." This weekend's show times are 1:30 and 7:30 p.m. on Saturday, and 1:30 p.m. Sunday.

The classic holiday ballet brings to life a fantastical adventure for young Clara and her nutcracker, a Christmas gift from her godfather. When the Nutcracker comes to life as a prince, he battles the Mouse King and mouse army before whisking Clara away to an enchanted land. The subjects celebrate the victory with a variety of themed dances that lead up to a duet featuring the Sugar Plum Fairy and Cavalier.

More than 200 dancers from across Iowa will perform in the show, choreographed by Robert and Miyoko Kato Thomas of the Ames-based Robert Thomas Dancecenter. Two professional dancers and Dancecenter alumni fill this year's principal roles. Liza Kroeschell returns from the San Francisco area and Brock James Henderson travels from Dallas to perform as the Sugar Plum Fairy and her Cavalier, respectively.

Tickets for "The Nutcracker Ballet" are $25 ($20 for youth, seniors and ISU students), available at the Stephens ticket office and through Ticketmaster.

Fans also have an opportunity to have tea with Clara, the Mouse King and the Nutcracker prior to the Dec. 10 evening performance (4 p.m.). The preshow event is $7. 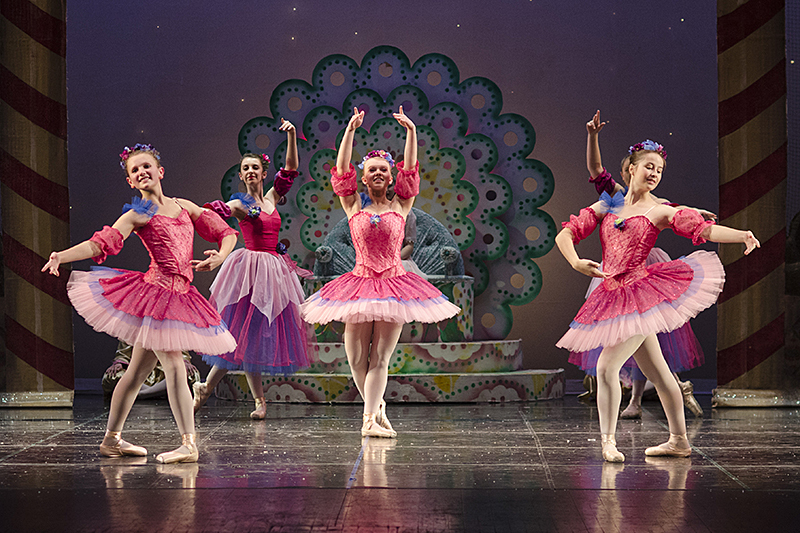 This weekend is the 36th annual production of the classic holiday ballet.