As they prepared to mail thousands of 2021 Iowa State diplomas, registrar staff also were working hard to find a home for one dated May 1961 bearing President James Hilton's signature.

A master of science degree, it bore the name Raymond Szidon, formerly of Peoria, Illinois, who studied chemistry at Iowa State, had a long career at the federal Department of Energy's Lawrence Livermore National Laboratory in central California, and passed away last fall. 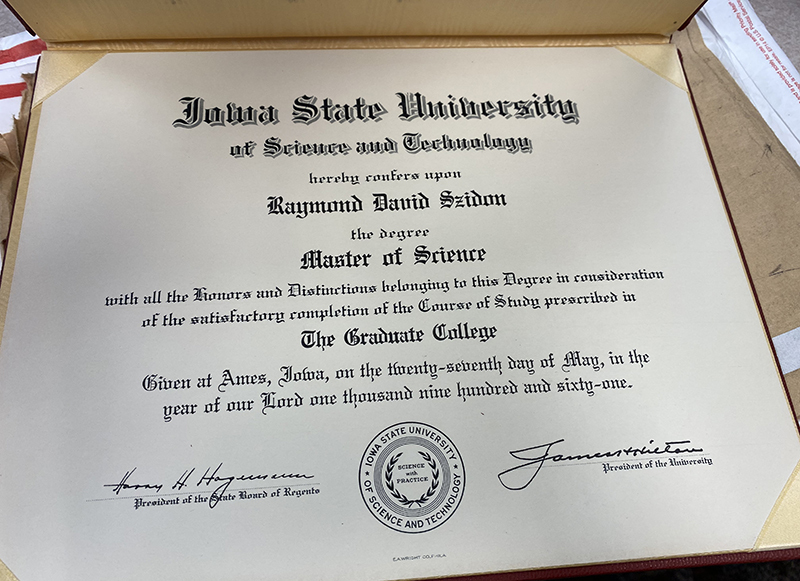 But when the diploma arrived in the mail the last week of March postmarked from St. Louis, registrar specialist Abbie Suntken didn't know any of that. Nor did she know if Szidon ever received his Iowa State diploma.

"Returned diplomas come to me, and most of them are coming back because there's something not right in the address," she said. "I wasn't expecting a 60-year-old diploma, especially one in its original packaging -- that was very cool."

What arrived on campus in March was Szidon's diploma in its cover and commencement program, all in pristine shape and in the original envelope from the university, addressed in an era that didn't yet need zip codes.

Suntken searched the registrar's system and located Szidon but didn't learn anything useful about his family. Registrar Jennifer Suchan took the baton and sent Szidon's name to her dad, who does geneology as a hobby; Alumni Association director Jeff Johnson and the library's university archives and asked for their help. The goal, she said was to "get it to Raymond, or else into the hands of someone who would cherish it."

Johnson had forwarded Suchan's inquiry to ISU Foundation research staff, who identified three men who appeared to be the sons of Raymond's deceased brother, Gerald. Suchan called all three -- why not, right? -- and one, Thomas Szidon, called back within 30 minutes. He confirmed his uncle died in September.

While details are not known, the nephew said after his uncle's death, another relative packed and sent several boxes of personal items from Szidon's California home to Szidon's sister-in-law, also in Peoria. One box never made it, the one containing the diploma. They surmised the box broke apart when it had traveled as far as St. Louis. Finding the addressed 1961 mailing envelope, the postal service first tried to deliver it to Peoria and, when that failed, returned it to Iowa State.

By April 22, Suntken had sent it again to Peoria, this time to Raymond Szidon's sister-in-law.

In her phone conversation with Thomas Szidon, Suchan said he noted that Iowa State was the place that helped launch his uncle's career -- a career that was very meaningful for him. Raymond shared his Iowa State stories with his extended family.

"[Thomas] said Iowa State was such an important part of Raymond's life," Suchan recalled. "And then he said, 'Just from this phone call, I can tell why. It sounds like a really special place. We're so appreciative that you made the effort to find us.'" 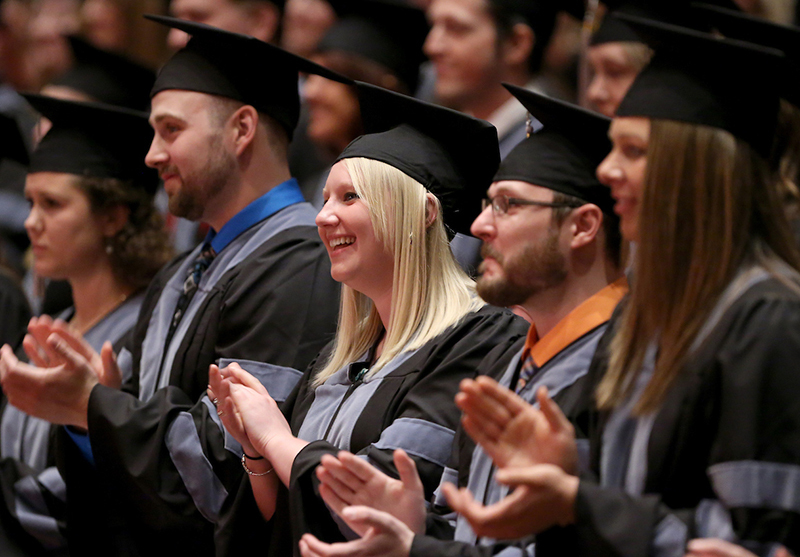