New budgeting tool with well-timed benefits to launch next week

The requirement to work remotely whenever possible to slow the spread of coronavirus came just as training was scheduled to begin for the new software program campus budget planners will use to create the fiscal year 2021 budget.

The project team behind the Workday Planning rollout shifted to remote collaboration with relative ease, and the launch is still on for April 13 -- providing a more sophisticated cloud-based budgeting module in the midst of a crisis that makes the improvements especially valuable.

Check out the webpage for the Workday Planning for general information. For Workday Planning job aids, go to the "resources" webpage on the WorkCyte website. For questions or comments, email workday_planning@iastate.edu.

"This will be leaps and bounds better than the legacy system. It's going to be a great tool for us to have," said project team member Brad Steward, a budget analyst with the institutional budget management team.

Workday Planning will connect directly with the financial and personnel data in Workday, giving budget writers access to real-time financial information for forecasting and planning. Current-year finances from Workday and centrally supplied revenue estimates and allocation rates will feed automatically into budget plans.

"It lets people budget at a little higher level and identify the resources they have available to them and how they might want to commit them," said project team leader Ellen Rasmussen, a senior adviser to interim senior vice president for operations and finance Pam Cain.

Previously, budgeting was done outside of the system for tracking finances, on individual spreadsheets.

"At some point, you just dumped it into the system and made sure it all balanced," Rasmussen said.

Workday Planning will be embedded in Workday, accessible via the enterprise platform by more than 50 staff with a "planner" role, which allows them to create and edit budgets. Building budgets in Workday makes them more accessible and allows for better collaboration.

"From a remote working standpoint, it's cloud-based so you can access it anywhere," Steward said.

Bringing budgeting to Workday also gives the institutional budget management team an additional method for sharing information with planners in a consistent and visible manner. The landing page for Workday Planning will include job aids, deadlines and other resources, Rasmussen said.

In its first phase, for the FY21 budget, Workday Planning will be used to budget for the general fund, the half of the university's $1.5 billion annual budget composed of state and federal appropriations, tuition and indirect cost revenue. Restricted funds that account for the other half of the university budget will be added in future expansions of the platform.

The project, which launched in November, was about a week away from the start of training when social distancing prompted by COVID-19 began at Iowa State. The project team moved virtual, a shift made easier by the months the team had worked together and occasional remote meetings with consultants before the pandemic.

Frequent videoconferencing became the team's new normal, including a daily standup meeting on Zoom. Unlike the weekly project meeting, the daily meetings have a light agenda. They are meant to keep the team connected and offer a chance for raising questions or issues.

In-person training sessions and user acceptance testing were to kick off March 23. Both were moved online, which turned out to be a benefit in disguise in at least one way. Rasmussen said nearly all the planners taking the training logged on for both of the training sessions offered, which would have been impossible in a real-life lab, where space is limited.

The final decision to launch will be made the morning of April 13, and if it's a green light, planners will have access beginning at noon that day, Rasmussen said.

Central budgeting parameters likely won't be distributed until later in the spring, but planners can begin analyzing their budget-to-actual numbers right away, Rasmussen said. Access to that information will make the transition from the year's end to the next year's start more seamless, she said.

Deadlines for FY21 budgets likely will be impacted by the continued response to the COVID-19 emergency. 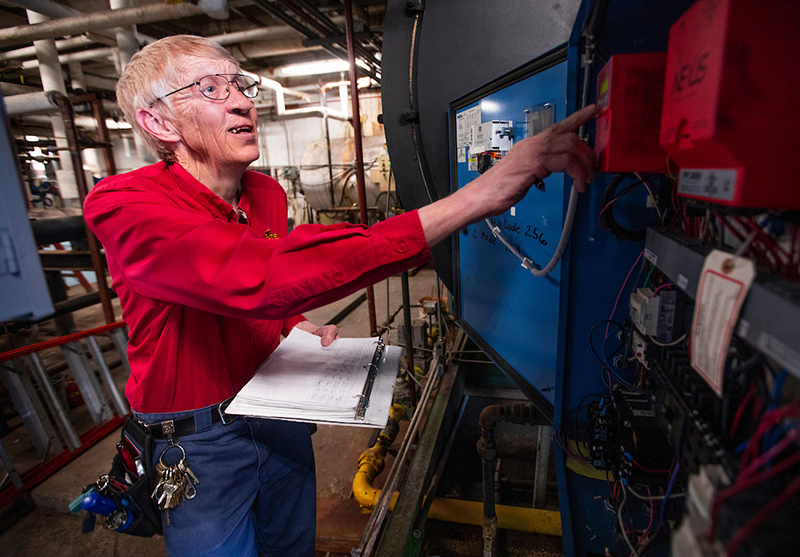