Helser Hall is getting a summer makeover 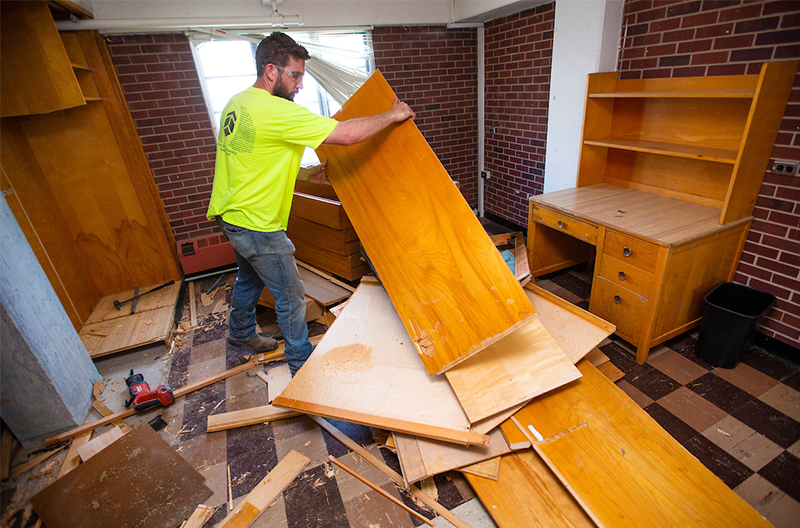 The north fourth of Helser Hall came down in summer 2001 to create space for the Union Drive Community Center, and the residence department's master plan at that time called for the rest of the student residence to be demolished by 2007. Three suite-style halls were planned to replace Helser and a west section of Friley.

But enrollment climbed steadily for a decade, as did demand for on-campus housing, and the Helser location proved too popular with students to part with it. Despite its age and mostly original state, Helser Hall has remained full the last 10 years.

Instead, the residence department is investing more than $6.5 million in Helser this summer -- $3.4 million to replace all the windows and nearly $3.2 million to refurbish all 353 rooms and a dozen-plus dens.

Director of residence and assistant vice president for student affairs Pete Englin said the west campus facilities plan he inherited in 2005 would have reduced capacity by 700 beds and cost up to $30 million to finish. The intent -- to offer a mix of housing options for students and create a recreational green space on Helser's footprint -- was worthy, Englin said. But he was reluctant to approve additional debt when Helser and Friley structurally were solid -- and full of students every fall. And from a design perspective, Helser's hallway wings provide a simple structure for the department's house system, which clusters smaller groups, he added.

"The residence hall experience contributes to a successful transition for more than 6,000 new students each year and helps students connect to the university," Englin said. "It also contributes to higher GPAs for every classification, higher persistence from year to year, and greater overall satisfaction with their ISU experience."

The Helser community experience, coupled with its convenient location and lower, non-air conditioned price, creates a high (30%) student return rate from year to year, he said.

On a tight 12-week schedule (May 13-July 31), windows and tile floors containing asbestos will be removed, and walls containing the original built-in closets, shelves and dressers will be demolished down to concrete studs.

Julie Hartl Barr, the residence department's manager of building improvements, wove an interdependent schedule that involves a half dozen companies, all of whom pledged to meet their deadlines, even adding employees if necessary. There's little wiggle room in how the tasks fit together, she said.

By early August, new insulated walls will contain upgraded electric outlets, and LED ceiling lights will replace fluorescent lights. Tinted, energy-efficient windows, window blinds and vinyl plank floors will be installed in rooms. All rooms will be painted and furnished with $1.7 million worth of desks, chairs, wardrobes and lofted beds constructed at Iowa Prison Industries. The furniture pieces are free-standing to give students greater flexibility in arranging their rooms.

"This is one of our bigger lifecycle projects, because of the demolition and electrical pieces," said the department's associate director for facilities Roger Graden. "To get it done in one summer will be challenging."

Planned in two sections, the first part of Helser Hall opened in 1957, the second in 1963.

This summer's upgrades are part of a larger picture. Last fall, the department converted Helser's freight elevator to a modern passenger elevator, and next summer, the building's exterior will receive tuckpointing. Also planned is a remodel of all Helser bathrooms for gender inclusivity and more privacy, similar to how the department renovated several east campus residences. Englin said they're also investigating options to add air conditioning to the Helser dens.

And those three suite-style halls in the 2000 master plan? Eaton (2002) and Martin (2004) opened. In place of a third one, the residence department opened Geoffroy Hall on Lincoln Way in 2017, incorporating students' preference for traditional rooms. 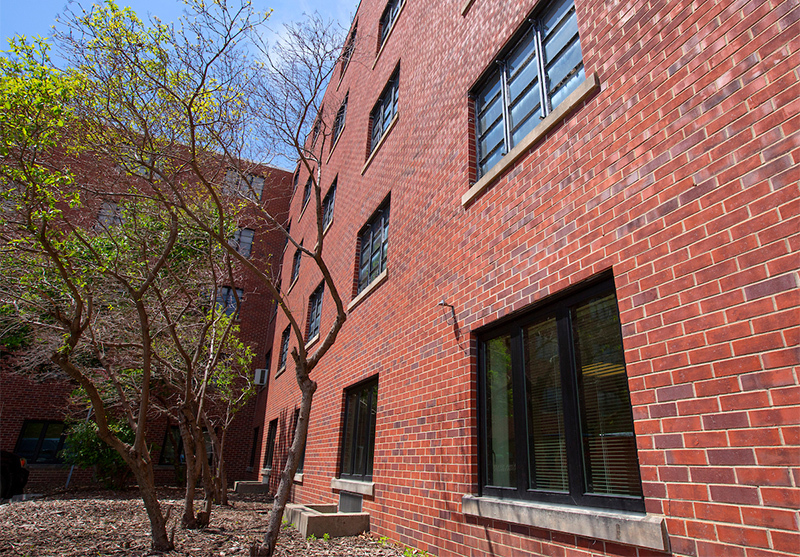 The first of hundreds of new windows were installed this spring in a ground-floor section of Helser Hall, a welcome contrast to the existing windows on floors above. Photo by Christopher Gannon.

Helser Hall is getting a summer makeover
Guests galore on campus this summer
Some lots, streets to close next week for Special Olympics 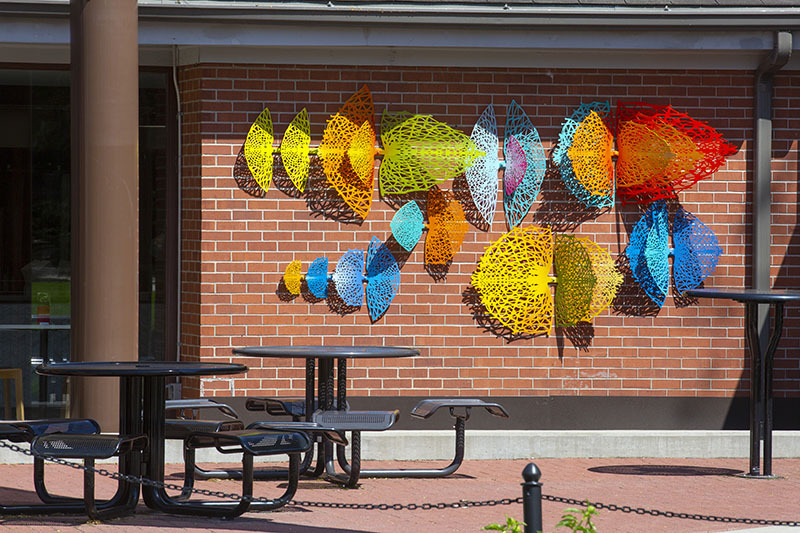 University Museums' newest addition to its Art on Campus collection was installed last month at the Hub.