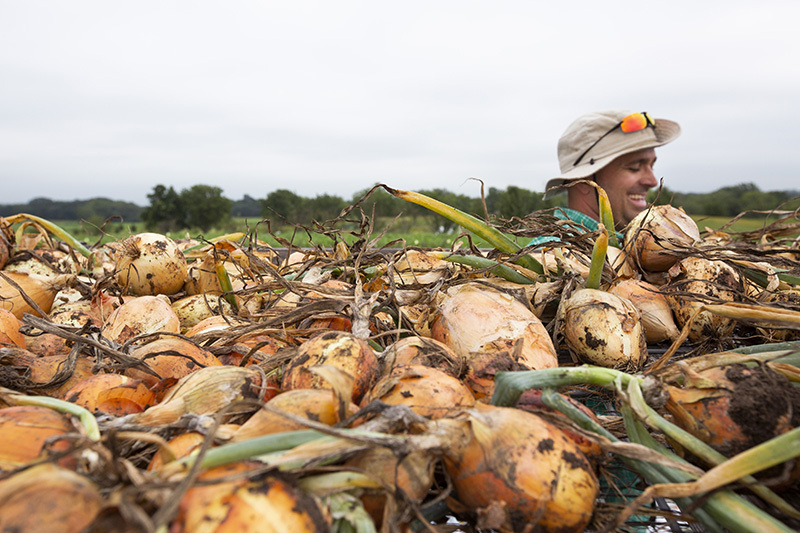 Brandon Carpenter, agricultural specialist at the Horticulture Research Station, walks a line of harvested onions Aug. 24. The crop of onions, the largest the farm has ever produced, was grown to sell to ISU Dining. Photos by Christopher Gannon.

Adding onions to peppers turned out to be a recipe for expanding the partnership between ISU Dining and the university's Horticulture Research Station north of Ames.

For years, students have been eating a wide variety of produce grown for research purposes at the horticulture farm, as available and typically in small batches. But last year, for the first time, the research station grew a crop specifically for ISU Dining, a half-acre of green bell peppers that produced about 5,000 pounds. Growing food for students on farmland researchers aren't using is a win-win, boosting the dining system's efforts to buy local and subsidizing the farm's research.

Research station superintendent Nick Howell said they chose onions as the next step in the growing initiative because they're in high demand, yet relatively easy to grow and store.

"They need thousands and thousands of pounds of onions," Howell said. "It's kind of the ideal crop."

The half-acre of yellow onions harvested last week (three varieties: Patterson, Alisa Craig and Talon) could yield up to 8,000 pounds, which will be sold to ISU Dining in 50-pound bags. Four tons of yellow onions would equal about 20 percent of the nearly 40,000 pounds the dining system bought in 2017-18, said Karen Rodekamp, ISU Dining business and support services manager.

The ISU-raised onions will be used the same as those from other vendors, though one dining center is planning a special week of locally sourced recipes, Rodekamp said. Green peppers also could be on the menu that week, as the first 600-pound shipment from the horticulture farm was delivered to ISU Dining earlier this week. Some research project crops from the farm -- sweet potatoes, pears and apples -- could find their way to students' plates this fall, too.

Cucumbers might be next up for intentional planting in 2019, Howell and Rodekamp said. Like onions and peppers, cucumbers can produce a bumper crop suitable for the dining system's needs without intensive labor. Other possibilities pose challenges. Potatoes, for instance, need to conform to size specifications, and grading spuds by hand is more work than the farm can take on.

"We understand every new crop has to be closely evaluated by their team in terms of labor, staffing, cleaning, storage and transport. So much is involved in getting it from the ground to the table," Rodekamp said.

Pepper plantings also may expand, to multicolored varieties grown in a high tunnel. An initial attempt with colored peppers didn't take this season, but Howell said they'll try it again if they have free tunnels next year. The tunnels, unheated greenhouses covered with plastic film that needs to be replaced every few years, are too expensive to sit vacant, he said.

"If there's going to be a tunnel that's empty, we're going to fill it with some type of crop," he said. 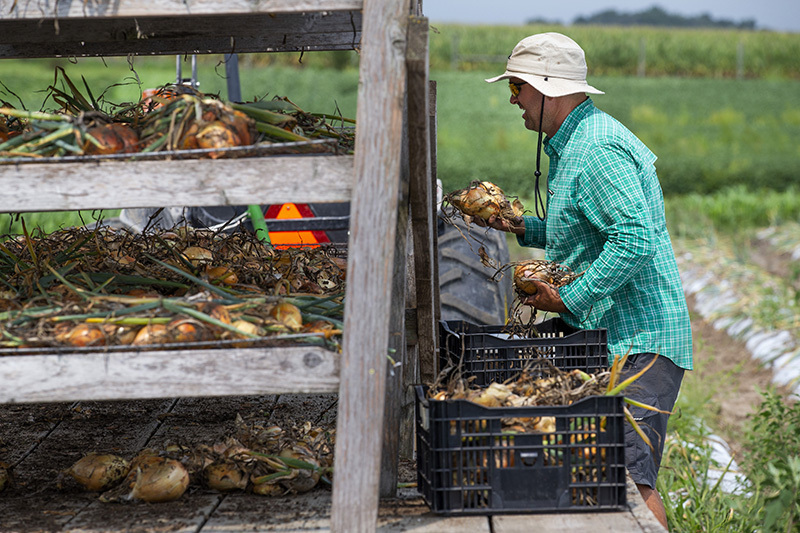 Brandon Carpenter loads onions on a drying rack at the Horticulture Research Station. 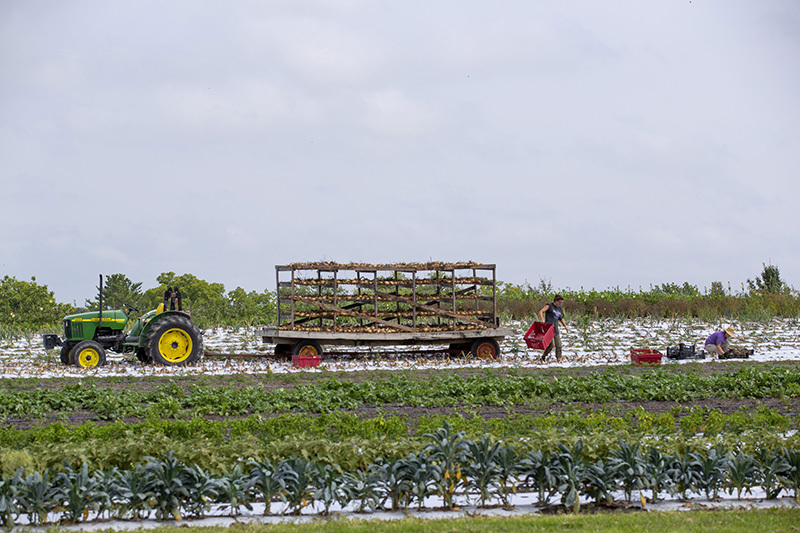 Staff and students harvest the onion crop at the Horticulture Research Station on Aug. 24. 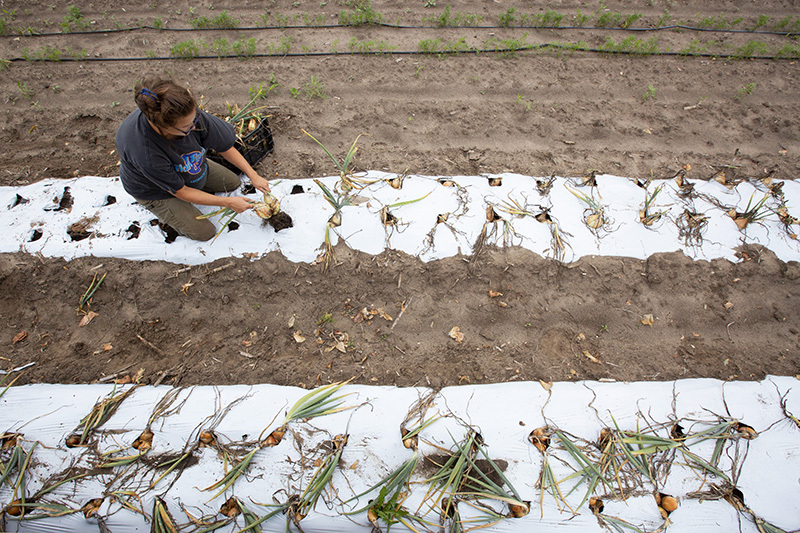 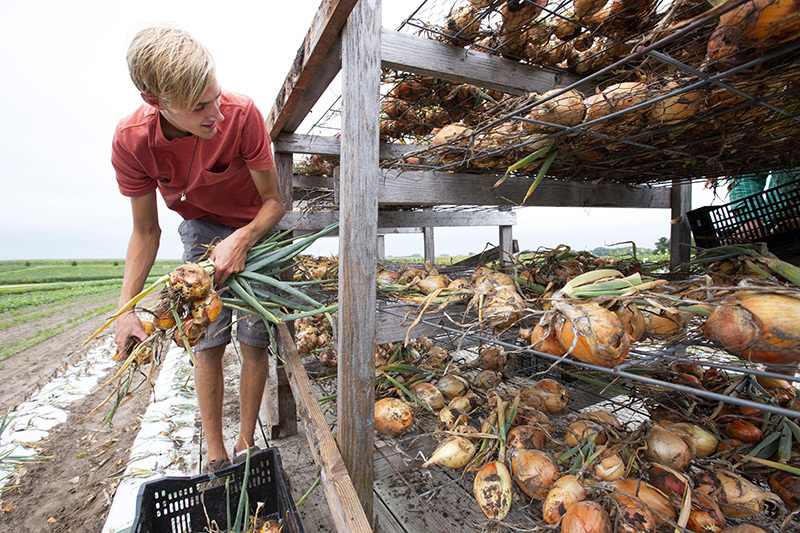