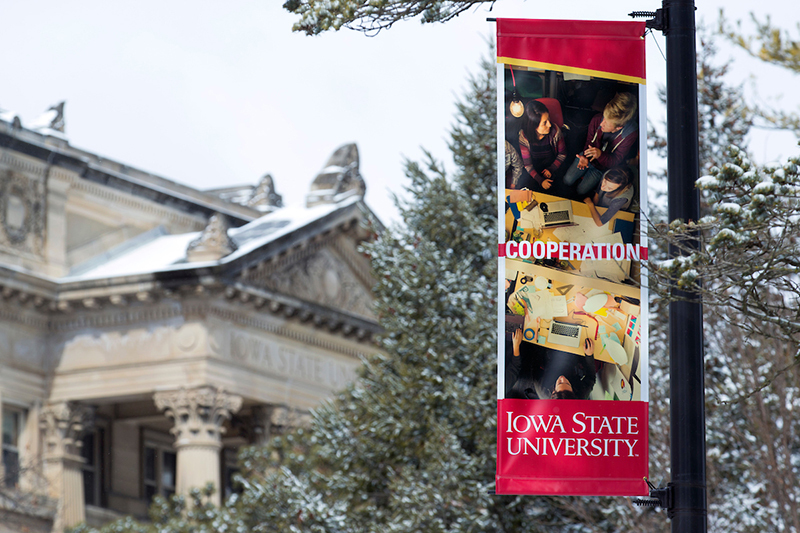 One of the Principles of Community banners on Morrill Road this month. Photo by Christopher Gannon.

In conjunction with the ISCORE conference March 2, banners went up along Morrill Road reminding Iowa Staters of their principles of community. The six principles -- respect, purpose, cooperation, richness of diversity, freedom from discrimination, and honest and respectful expression of ideas -- were created by Student Government and endorsed by former President Gregory Geoffroy in 2007, and revived by former President Steven Leath in the fall of 2016.

They'll remain in place through the first week of April.