Six years after its initial grant funding ended, Iowa State's colleges and the senior vice president and provost's office continue to invest in ISU ADVANCE, freeing up a handful of faculty to work part time on recruiting, retaining and promoting women and people of color in faculty posts.

The equity adviser team includes a tenured faculty member from each college and the library who train their peers to avoid bias and use best practices in faculty searches. They also serve as advocates for diversity and inclusion within their colleges in various ways, Larson said.

Though the goal is removing obstacles to hiring and promoting historically marginalized scholars, ISU ADVANCE's efforts benefit everyone, Larson said.

"That's our fundamental assumption: That we raise everybody up," she said.

Deans select equity advisers for their colleges, typically a seasoned faculty member. It's important advisers are seen as colleagues because it makes their counsel more influential, said Larson, who worked as an equity adviser before her half-time appointment to the faculty fellow post.

"It's not like somebody coming in from the outside. I'm on your team. I've been in this environment," she said.

Advisers' duties vary, as does the share of the position the college covers -- no more than one-third of their time, Larson said. Providing training for faculty searches is central to the role, guidance that's required for search committee members in some colleges, such as Liberal Arts and Sciences, she said. Equity advisers also conduct training for some administrative searches. For instance, Sriram Sundararajan, equity adviser in Engineering, spoke with the presidential search committee before it selected semifinalists.

Though they collaborate on ideas and approaches, advisers prepare their own materials tailored for their colleges. A big piece of their work is helping search committee members recognize their own implicit biases, which are unavoidable, Larson said.

"We all come from a set of experiences that have led us to this point," she said.

But it's not just about awareness, she said. Using practices that promote inclusion and objectivity help counter bias and improve decision-making in general.

"You'll actually have lots of data that's not about the big mouth in the room that wants to talk all the time," she said. "More voices is better than fewer voices."

The other major arm of ISU ADVANCE is the DEP climate assessments, which have been conducted in 20 departments so far and two more this fall -- about one-third of Iowa State's academic departments.

A review under the DEP takes a semester to conduct and usually is prompted by an upcoming accreditation or the installation of a new department chair, Larson said. Departments are selected for a review in consultation with college deans, she said. For the second straight year, four departments will be surveyed. This fall, the library and electrical and computer engineering are under review.

A faculty facilitator meets with the department chair and groups of professors by rank, asking how department policies, structures and procedures affect them. If something comes up at least three times, it's likely worth consideration, Larson said.

"Sometimes that's a positive thing, sometimes it's a thing they're hoping could be different," she said.

The facilitator writes a report based on the interviews, which is distributed throughout the department. The faculty propose solutions to issues, such as adjusting meeting times to accommodate parental responsibilities or making promotion requirements clearer.

Follow-up studies showed an average of more than 18 action items were identified, with more than three-quarters of them implemented. That's an impressive rate, Larson said.

"As a social scientist, I can't get anybody to do that well as an individual client," she said.

Addressing departmental culture concerns of the entire faculty is a more holistic, less limiting way of ensuring a welcoming environment for women and people of color, Larson said.

"If we do any of these implementations, yeah, it should help that African-American scholar, right?" Larson said. "She wants to know what is clearly the criteria for promotion and tenure. She doesn't want it to be some kind of hidden agenda." 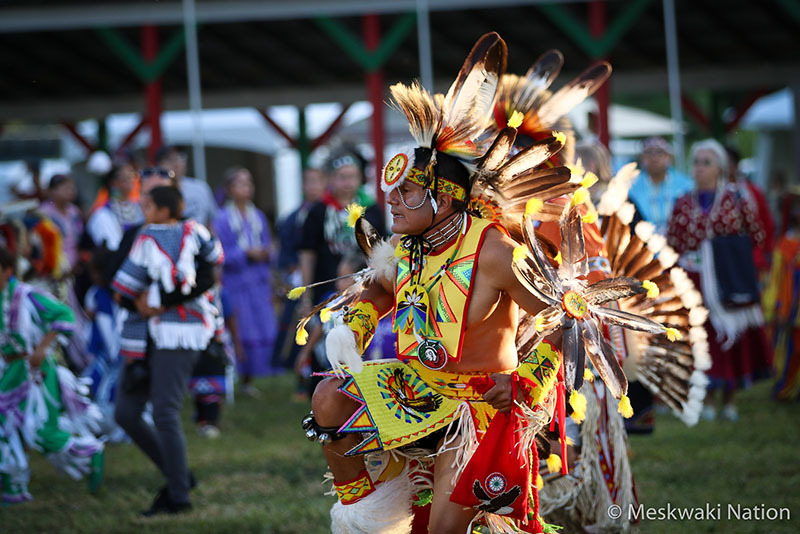 A Nov. 13 performance and lecture are planned as part of Indigenous Heritage Month.