The state Board of Regents approved 70 Iowa State faculty promotion or tenure awards for the 2015-16 year during its April 23 meeting at the Iowa School for the Deaf, Council Bluffs. The full list is posted on the provost's website. The awards take effect July 1 for A-base (12-month appointment) faculty and Aug. 16 for B-base (nine-month) faculty.

Schalinske noted that faculty salary increases the last few years, while a positive trend, have not kept pace with cost-of-living increases.

"Loyal faculty who have been at Iowa State for a number of years fall behind with respect to the compensation that is required to hire new faculty members," Schalinske said. "While increasing faculty numbers is important and the quality of new faculty needs to be high, salary compression does damage morale for those it impacts."

Tehan told the board that professional staff receive additional responsibilities due to initiatives to hire additional faculty, recruit more students and bring in more external funding.

"Added pressures and increased workloads have become the standard experience for P&S staff throughout our university," which has negatively impacted morale, she said. She also said the most recent ISU salary competitiveness report, which targets specific job categories, found that Iowa State salaries, on average, were about 15 percent lower than the local market – and as much as 29 percent below market in specific categories.

Iowa State has a national reputation for "doing higher education right," Tehan said, but that means "we must attract and retain highly productive and motivated individuals at all levels."

Board president Bruce Rastetter expressed an understanding of the additional stress faculty and staff may feel as a result of such changes as the board-led efficiency review, implementation of a new state funding model and enrollment growth at Iowa State.

"We appreciate you being invested in the greater good of the universities," he said. "We're committed to better outcomes."

Regarding the TIER review specifically, he reminded employees that savings realized through efficiency will be reinvested in the universities.

The board is scheduled to discuss FY16 salary increases at its June 4 meeting.

The board approved the sale of $30 million of dormitory revenue bonds, at the low-bid interest rate of 3.09 percent. Revenue from the sale will partially cover the costs of constructing a residence hall east of Buchanan Hall and renovating the Friley Hall dining center. This is the first of two scheduled bond sales for the projects.

On April 20, in anticipation of the sale, Moody's Investors Service assigned an Aa2 rating (third highest in a 21-point ranking) to the proposed sale. The reasons behind the strong rating include enrollment growth, strong revenue growth in the residence department, high occupancy rates (more than 100 percent for the last three years), strong ISU cash flow, conservative budgeting and contingency planning.

Regent Larry McKibben, who co-chairs the regents' Transparent Inclusive Efficiency Review (TIER) committee, said the managing group is pleased with progress in the last six weeks. Based on comments by three current consultants – Chazey Partners, Pappas Consulting Group and Ad Astra -- McKibben told board members, "I can tell you all that Iowa is a leader in the nation in undertaking these efficiency initiatives, in terms of a comprehensive efficiency and transformation review across all three universities. Nobody in the nation has taken an effort, at this level, that we have in the state of Iowa. And it will pay dividends."

Mark Braun, who since August served as the TIER project manager and is returning this month to the University of Iowa as vice president for operational efficiency and organizational analysis, provided an update on five business cases for which implementation doesn't require a consultant's assistance:

ISU associate vice president Miles Lackey, who serves as the regents' contact person with the Pappas group, provided an update on the two academic business cases, which focus on distance learning (APSS01) and enrollment management in order to improve time to degree (APOE06). Pappas is the consultant hired to work on the academic-related proposals. Lackey reorted that the Pappas team:

During the summer months, Lackey said the Pappas team "will analyze and review the information gleaned from the individual campuses," and incorporate classroom use/scheduling data developed for a separate business case by TIER consultant Ad Astra. Early in the fall semester, he said, the process will involve faculty and staff at the three campuses. Later in the semester, Pappas will present its final reports and recommendations to the board.

The board approved campus parking permit prices, including lots and the Memorial Union ramp. Effective July 1 in most cases, annual permits will go up $3 (motorcycle) to $12 (reserved, 24-hour reserved and MU annual rate).

The board gave final approval to student housing and dining rates, effective May 11. Most residence hall and on-campus apartment rates will go up 3 percent, an increase of $112 to $216 for the year, depending on the building. The exceptions are a 2 percent increase ($93-$113) at University and Schilletter Village apartments, and 8 percent ($464-$586) for off-campus leased apartments. Student meal plans will go up approximately 3 to 3.5 percent, depending on the plan selected. The guest price in the three dining centers goes up 25 cents, to $9 for breakfast (Conversations in Oak/Elm halls remains a la carte) and $11 for lunch and dinner. Faculty and staff who use the employee charge plan on their ISU Card receive a 10 percent discount on the guest rate.

The meeting was the last for long-serving regents Robert Downer and Ruth Harkin and student regent Hannah Walsh, a senior at the University of Iowa. Downer has served on the board since 2003, Harkin since 2005. Walsh has served since November 2012. Last month, Gov. Terry Branstad named Mary Andringa of Mitchellville and Patricia Cownie of Des Moines to fill the Downer and Harkin vacancies. He recommended Northern Iowa freshman Rachael Johnson, Sioux City, for the student seat on the board. All three spots require a two-thirds approval vote from the Iowa Senate.

Interim U of I president

The board approved the appointment of Dr. Jean Robillard, vice president for medical affairs at the University of Iowa, as the university's interim president beginning Aug. 1. In January, Sally Mason announced her intent to retire from the president's post this summer. Robillard also is chairing the search committee for Mason's successor.

Paving projects will close U.S. 69 south of Ames
Meet your P&S Council representatives on May 13
Movie night at Jack Trice Stadium is May 16
Student groups are part of big plant sale on May 9-10
Youth program training is May 13
Volunteers needed for Special Olympics
Dance performances are May 1-2
View Archive ›

Exemplary Faculty Mentors, May 6
Mathematics awards ceremony, May 8
Commencement, May 9 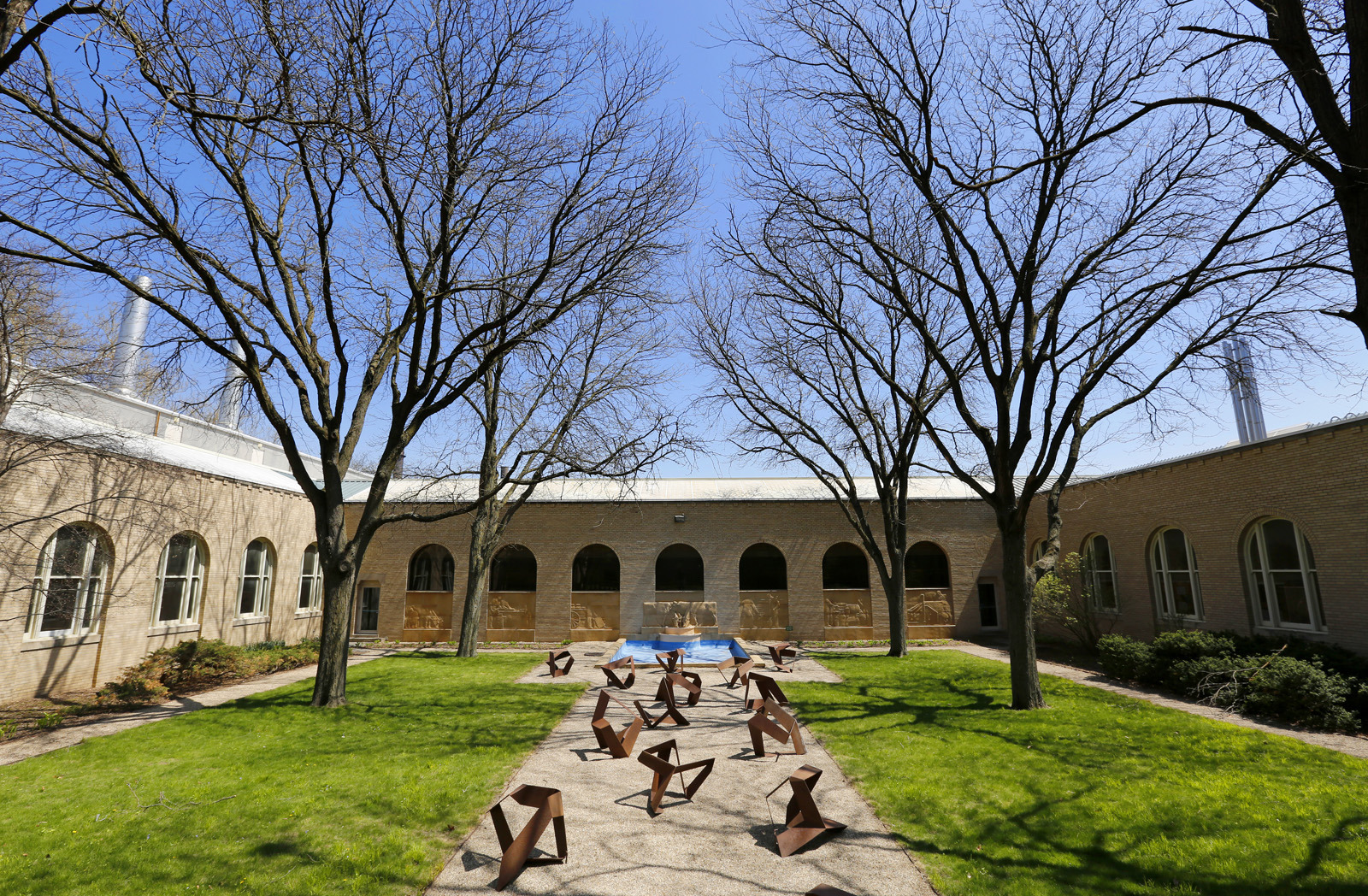 Eat your lunch alfresco on Friday

Listen to music during the lunch hour tomorrow in the Food Sciences Building courtyard.