As the state Board of Regents last week reviewed a proposal for modest tuition increases next year, regent Larry McKibben announced his intent to propose a third straight tuition freeze when the board votes on the topic on Dec. 3. The 2015-16 tuition proposals received a first look at the board's Oct. 23 meeting in Iowa City.

Citing high student debt at graduation as a key motivator, McKibben said, "we can do better. It [freeze] can be done. We have six weeks to talk about this."

Regent Ruth Harkin, long a proponent of low to no tuition increases, said she supports freezing tuition for in-state students, but asked board staff to prepare data that compares resident and nonresident tuition rates if the former remain unchanged. She said it's not in the state's interest to let the gap between the two get too large.

Student regent Hannah Walsh told her colleagues that "nonresident students are important to us," citing the tuition revenue, diversity and excellence they contribute to the universities. Iowa and Iowa State's student body presidents both are nonresidents, she noted.

Quality has a cost

President Steven Leath said he's sensitive to access and affordability for Iowa families, but he also reminded board members of Iowa State's escalating enrollments in the last five years and the obligation to provide all students with an excellent education.

"Access and affordability without quality is no bargain. I would ask and encourage the board to provide the resources to assure quality at Iowa State and our sister institutions," Leath said.

Iowa State's request is a 1.75 percent increase for resident students (undergraduate and graduate), 1.2 percent for out-of-state students and 3.2 percent for all veterinary medicine students.

Government of the Student Body president Hillary Kletscher told board members that ISU students have told her they could work with a small increase, though "another tuition freeze would be great." If there is an increase, she said students would like to see state support for the universities increase by the same proportion.

On the heels of open forums this month on the three university campuses to review eight business cases proposed by the Deloitte consultants, the board asked each president to summarize reactions to and comments so far. The board is scheduled to make implementation decisions about the eight business cases at a special Nov. 14 meeting (2-3:30 p.m., telephonic).

Leath said initiatives such as the TIER study create a cultural shift that requires buy-in, not only to complete changes tied to TIER but efficiencies identified by campus teams as well. As evidence of that buy-in, he mentioned two TIER-related suggestions previously begun at Iowa State:

Not all of the eight business cases contain such "straightforward, refined" proposals, he noted. Specifically, the two related to human resources and finance functions require "substantially more analysis and design before we're accurately able to predict how good they'll be and how we should implement them," Leath said.

He proposed that the universities gather more information locally and work with the board's TIER project manager Mark Braun to decide "what is the appropriate design and mechanism to make implementation achievable and worthwhile."

Aaron Brower, interim chancellor of the University of Wisconsin Colleges and UW Extension, video conferenced in to summarize Wisconsin's 10-month-old flexible option, which uses competencies to assess what students know and can demonstrate. The mostly online program is designed for an estimated one million adult workers in the state who have some college credits but no degree. In its first year, 250 students are enrolled in 10 programs – in health care, business and IT -- at five UW campuses.

The faculty role, he said, is to develop competencies, assessments and study content and to oversee assessments. The program relies on current faculty and the university system's strong academic reputation, Brower said. Wisconsin created a new master's degree-level position, academic success coach, which blends the duties of academic adviser, tutor and life coach. These coaches point students to learning resources and help them prepare for assessments.

The board gave a green light to four Iowa State construction projects:

The board also heard oral annual reports on economic development/tech transfer efforts and strategic plan progress at the regent schools.

The board gave final approval to these academic program changes at Iowa State: 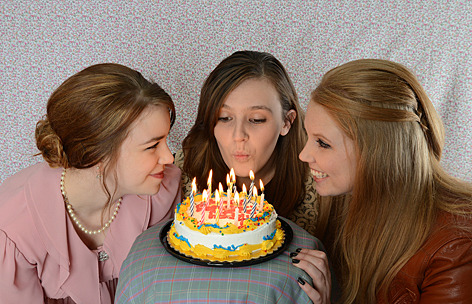 ISU Theatre brings Broadway's Crimes of the Heart to Fisher.