Tuition for resident undergraduates and mandatory fees for all Iowa State students will remain unchanged next year. Meeting in Ames Dec. 5, the state Board of Regents approved tuition and student fees for the 2013-14 academic year. Tuition for in-state graduate students will go up $92 (1.2 percent).

Out-of-state students will pay 2.35 percent more in tuition next year – or $440 for undergraduates and $462 for graduates.

Resident undergraduates are paying $6,648 in tuition and $1,078 in mandatory fees this year.

The board reserves the right to adjust tuition rates after state funding for higher education is finalized by the 2013 Legislature in the spring.

The board also approved nonmandatory student fees for 2013-14 – fees charged for a specific service such as applying for admission or requesting a transcript. At the request of board members to simplify the web of nonmandatory fees, board staff worked with the schools to standardize some of the fees across the three regent universities. Each university still has fees specific to its programs and services.

Differential tuition plans are exempted from the tuition freeze. The board approved Iowa State's differential tuition proposal next year for four student groups: juniors and seniors in agricultural systems technology and industrial technology (both in the ag and biosystems engineering department), and undergraduate and graduate architecture students. Resident AST and ITec upper division students will pay an additional $584 (nonresidents $1,052), the third of a revised four-year incremental increase to lower student-to-faculty ratios and provide excellent instruction and cutting-edge lab experiences. Adding a fourth year will align tuition for these programs with others in the Engineering college.

All resident architecture students will pay $400 in additional tuition next year -- the second of a three-year plan intended to help hire more faculty to address the program's 30 percent enrollment increase since 2007. For out-of-state students, the increase is $850.

Professional development for faculty in FY14

The board approved professional development assignments (PDAs) for 45 Iowa State faculty for the fiscal year that begins July 1, 2013. The figure is up from 29 this year and 22 in FY12, but still represents just 2.5 percent of eligible faculty. Iowa State has the least restrictive eligibility rules of the three regent universities: Any faculty member employed at least half-time (regardless of length of service) may apply. The FY14 group is 70 percent white; the gender split is 33 men and 12 women. Forty ISU faculty plan semester-long leaves; the other five have assignments that will last an academic year.

The board approved Iowa State's three-year plan to replace three of its five coal-powered boilers with natural gas boilers. The change allows the university to replace boilers that are at or just beyond their expected service life (35-40 years). It also puts Iowa State in compliance with new emissions regulations proposed by the U.S. Environmental Protection Agency.

The new boilers are scheduled to go online in early fall 2015 and the remaining two coal-burning boilers will be retrofitted with an air pollution control system. The project will be funded by utility revenue bonds, which are repaid through campus utility rates. Similar bonds sold in the mid-1980s to pay for two coal boilers are about to be retired, so the net impact on utility rates for campus users will be minimal.

In other board activity:

University of Iowa sophomore Hannah Walsh attended her first meeting as the student member of the board. Gov. Terry Branstad named her to the post on Nov. 30; the appointment is subject to confirmation by the Iowa Senate. Walsh is from Spirit Lake and majoring in political science. She has served as a page in the Iowa Senate and serves as co‐chair of the University of Iowa Governmental Relations Committee. Her term runs through April 2015.

Walsh succeeds Greta Johnson, who resigned last month since she no longer is a student at a regent university.

Board members approved a new interdisciplinary Ph.D. program in wind energy science, engineering and policy administered in the College of Engineering. Faculty from the colleges of Engineering, Agriculture and Life Sciences, and Liberal Arts and Sciences will support the program, and existing facilities will be used. In September 2011, ISU received a $3.15 million, five-year award from the National Science Foundation to support a Ph.D. program in wind energy, and these grant funds, along with reallocated college funds, will cover program costs. Iowa State anticipates that the grant will be renewed for another five years in 2016. Projected enrollment in the program is six students the first year, increasing to 40 student majors by year seven.

The board approved the residence department's plans to install a sprinkler system in Wilson Hall and convert one room on each of its 10 floors into a kitchenette for residents. The cost ($2.2 million) will be covered with department improvement funds. 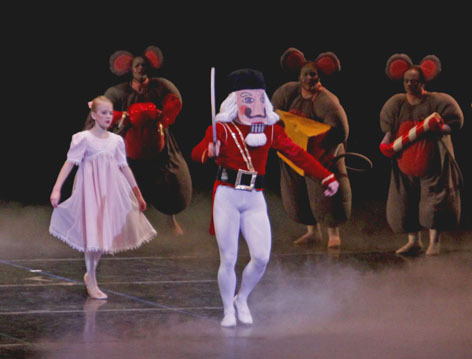