President Steven Leath was the featured speaker at the March 6 Faculty Senate meeting, outlining some of his priorities and fielding questions from senators.

Leath touched on some of the same topics he covered at last week’s open forum hosted by the Professional and Scientific Council, such as student debt, research and extension. He told senators his management style will blend his academic administration background with his recent experiences working with two very successful businessmen -- including former White House chief of staff Erskine Bowles.

“We should never run a university like a business, but we can certainly run universities in a more business-like fashion,” Leath said.

Vice president for student affairs Tom Hill updated senators on some outcomes from recent racial tensions exacerbated by comments in the "Just Sayin" feature of the Iowa State Daily. He asked faculty to get involved, “because some of these things are taking place in the classroom.”

“We all have a role in repairing the image of Iowa State for some of our students,” senate president Steve Freeman said. “We want every student to be in a classroom where the environment is encouraging them to learn, not creating an environment where they feel uncomfortable.”

Some senators balked at proposed Faculty Handbook changes that would add language from the university's conflicts of interest and commitment policy, which was updated in July 2011. Concerns centered on the vague definition of conflict of commitment.

The proposed changes were narrowly approved by a one-vote margin.

Four items will be up for a vote at the April 3 senate meeting, including: 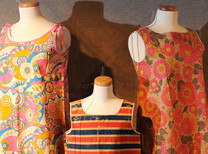