Campus building addresses are set; implementation pieces will continue into the spring 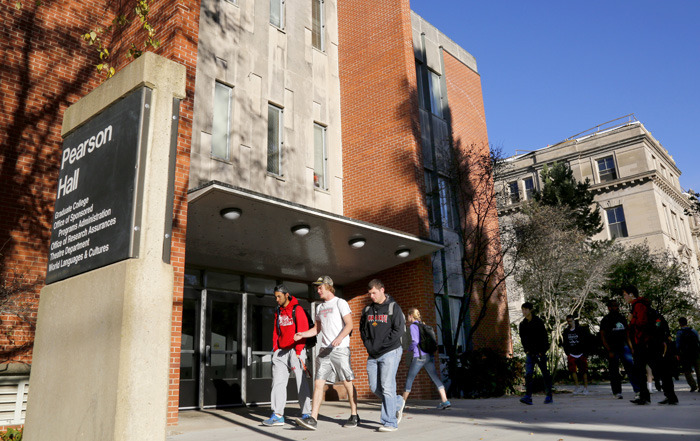 Several years in the making, street addresses have been finalized for more than 650 campus locations. In addition to academic and residence system buildings, the effort includes parking lots, storage facilities, utility sites and outdoor recreation and athletics areas. Places such as the campanile, central campus lawn and Lake LaVerne even have their own addresses.

A project website includes building address lists and a Q&A.

In the meantime, employees are asked to learn their street address, and units should develop a plan -- once ZIP+4 codes are known -- to share their new address with vendors, clients and other constituents.

Landscape design services project manager Chris Strawhacker, who's overseeing the project for facilities planning and management (FPM), said a primary reason for street addresses is to integrate campus with the local emergency response system and shorten response times for emergency personnel. Street addresses also should help visitors with wayfinding and simplify the task for package delivery and taxi-type services.

Where can I find my address?

A project website features an alphabetical list of building addresses and a Q&A document, among other resources. Street addresses also have been loaded into the Iowa State building information database on FPM's website.

The starting point in assigning addresses was to align campus with the city of Ames grid, for example 100-numbered buildings in the first block north of Lincoln Way or 2500-sequenced buildings west of Welch Avenue.

Strawhacker said one challenge is that some campus buildings aren't adjacent to a named street. In most of those cases, a building address takes the named street nearest its front door. For example, Marston Hall, Durham Center and Pearson Hall have Morrill Road addresses; Catt Hall has an Osborn Drive address; Black Engineering has a Union Drive address.

In two cases, a previously unnamed road received a name. They are:

"Our goal was to minimize road naming," Strawhacker said. "If there was an adjacent, named street, we tried to use it."

An advisory committee, with representatives from public safety, residence, postal and parcel, information technology and university marketing, provided guidance on concerns identified during the addressing process.

Street addresses will require an additional line on mail delivered to campus. Mail addresses also should contain a building's ZIP code "plus 4." The U.S. Postal Service has begun assigning ZIP+4 codes to the university's building address list. When they're set -- and that date isn't known yet -- the new codes will replace the four-digit building codes currently used by ISU postal and parcel services for campus delivery.

University marketing and ISU printing services are developing new printing templates that incorporate a building address line and new ZIP+4 code. Strawhacker said there is no deadline to replace printed items and encouraged units to use existing supplies of business cards, letterhead and other products. Printing services will not accept orders for business cards and stationery until the new ZIP+4 codes are available.

Strawhacker said mail to campus buildings, whether originating off or on campus, will continue to be routed through ISU postal and parcel services. The exceptions are the Memorial Union and Parks Library, which receive direct deliveries from the U.S. Postal Service. The residence department will continue to sort and route mail to residence halls. The U.S. Postal Service also delivers to the student apartment communities north of campus.

Strawhacker said the brown panels on the freestanding building signs will be removed and refinished in a phased process that begins in the center of campus and proceeds outward, finishing with the Frederiksen Court student apartments. The process is expected to take about four months, beginning later this semester.

A refinished sign will include the red and white university nameplate, a building name and its street address. Due to space restrictions, unit names will be removed from building signs.

Strawhacker said the cost of switching out the signs will be covered by university funds committed to this project.

FPM web technologist John Hoffman, who also is a regional lead for Google Maps, will add street addresses to campus buildings on Google Maps. Iowa State has no control over how accurately other navigation websites calculate campus street addresses.

Iowa State and University of Northern Iowa resident undergraduates would get a reprieve while their counterparts at the University of Iowa play catch-up, under a 2016-17 tuition proposal going to the state Board of Regents next week. The board will meet Oct. 21-22 in Iowa City; a meeting schedule and agenda items are online. Audio of public portions of the meeting will be streamed live on the board's website.

Since 2006-07, the board has approved multiple-year supplemental tuition at Iowa State for upper division undergraduates in engineering, business and ag systems technology/industrial technology; resident architecture students (all levels); and fourth-year students in the doctor of veterinary medicine program.

Iowa State also will request a $33.50 increase to the mandatory fee for all ISU students. One piece, $20, would be used to implement Keeling and Associates' recommendations to improve the student health center. The other, a $13.50 increase to the student services fee, would support additional CyRide service and projected fuel cost increases for the bus service. As proposed, mandatory student fees would range from $1,075 to $1,337 at Iowa State next year.

A vote on the tuition and mandatory fee proposal is scheduled for the board's Dec. 2 meeting.

Graduate and professional student governments at the three regent universities will present a proposal aimed at keeping their constituents in the state following graduation. They propose a 50 percent income tax break, for five years, for regent school-educated graduate and professional students who take jobs in Iowa. The income tax break would jump to 75 percent for those who live and work in rural Iowa. The group has sent its proposal to Gov. Terry Branstad.

The group believes the tax break would:

The board is being asked only to receive the presentation; no other action is requested.

In other Iowa State-related business, the board will:

This won't hurt a bit 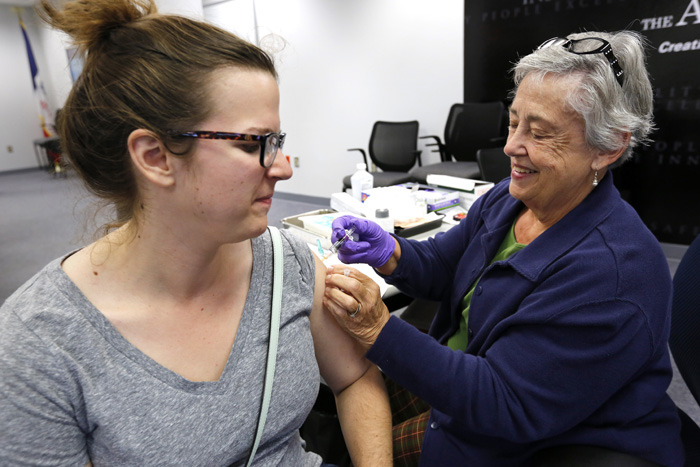 The Office of the Vice President for Research seeks a tenured Iowa State faculty member to serve as a full-time associate vice president for research.

Part of the vice president for research leadership team, the person in the position will develop and oversee initiatives aimed at increasing the impact and stature of ISU’s research and scholarship. Duties will include:

Details about the position and how to apply are posted on the ISU Jobs website. 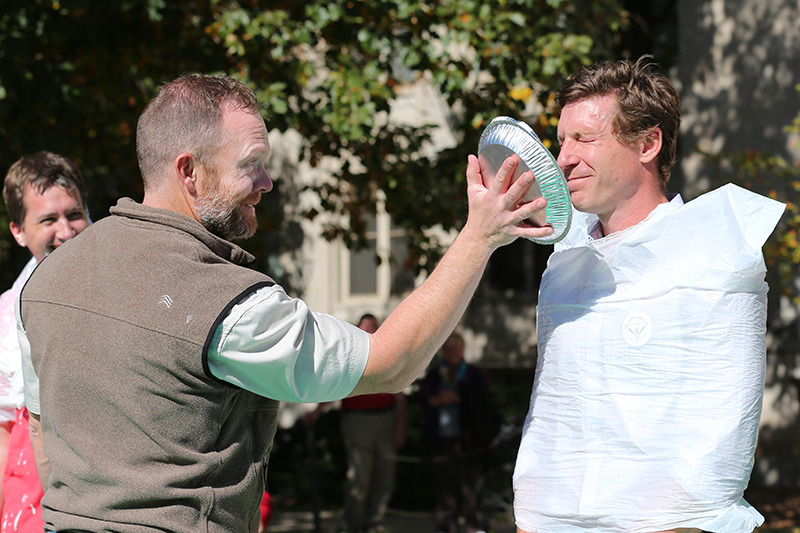 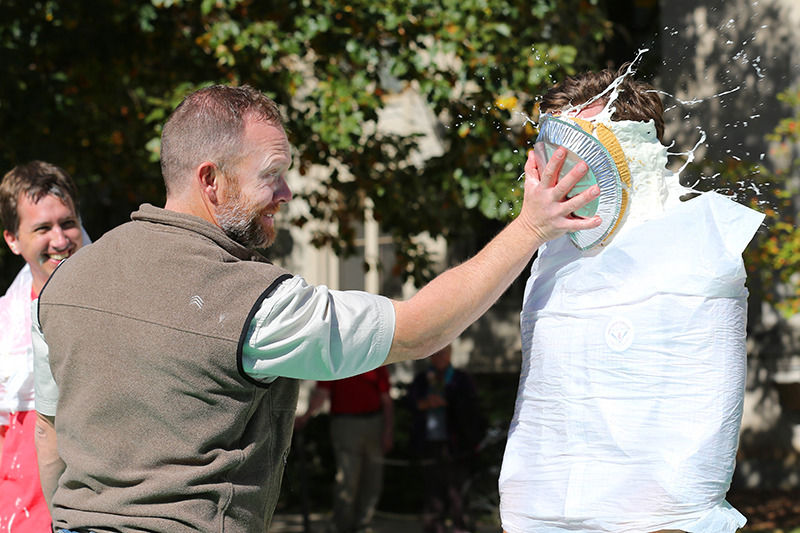 Food science and human nutrition associate professor Matthew Rowling gave kinesiology assistant professor Robin Shook a pie to the face as one of the top vote-getters -- by way of money dropped in designated jars -- in a United Way fundraiser held by the College of Human Sciences. The event was one of many planned for the first Human Sciences Week celebration. The tent outside MacKay Hall's south entrance is host to most events, including Thursday's "cake cutting" to mark the college's 10th anniversary. On Friday, CHS clubs and organizations will be under the tent for the Food and Fun Fest (11:30 a.m.-1:30 p.m.) with displays and sales, including cherry pies, popcorn, caramel corn, mini doughnuts, fudge and refreshments. Photos by Christopher Gannon.

How do they do that? 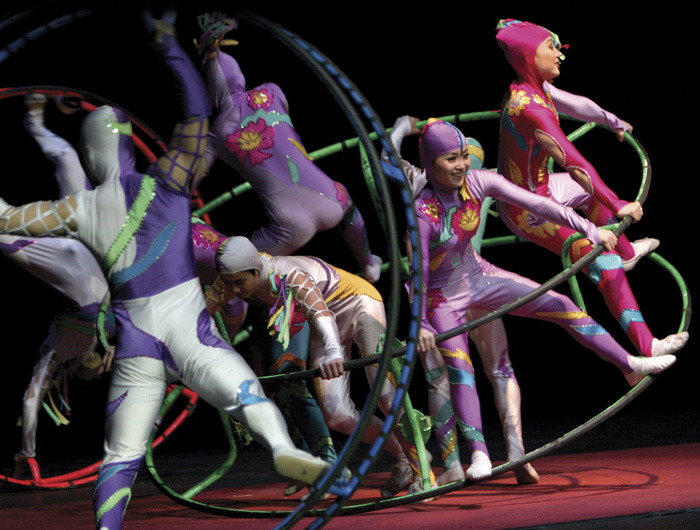 The Golden Dragon Acrobats, an American touring company of Chinese acrobats, will perform at Stephens Auditorium on Friday, Oct. 16 (7 p.m., doors open at 6 p.m.). Sponsored by the Student Union Board, the performance is free and open to the public.

Touring for more than 35 years, the group has performed in all 50 states and more than 65 countries across five continents. The National Association for Campus Activities has named the group "Entertainer of the Year" seven times.