The lead-up to the Iowa Caucus every four years makes campaigns especially prevalent and raises questions about what political activity is appropriate for Iowa State faculty and staff.

Senior vice president and provost Jonathan Wickert shared some guidance on employee political activity in a memo last month to the provost's council and the leaders of the Faculty Senate, Professional and Scientific Council, and the department chairs cabinet.

Wickert noted that Iowa State employees have the same rights to participate in politics as any person, including supporting and opposing candidates or legislation. But those rights apply when you're speaking for yourself on your own time, using your own phone, computer and internet service.

Faculty and administrative leaders in particular should be careful to avoid suggesting that their personal views are those of the university as an institution. A good rule of thumb, Wickert said, is to clarify you are speaking as an individual if there could be any ambiguity.

The same policy applies when making public comments about state legislative matters. All political advocacy on behalf of Iowa State must be approved by the president's office and, subsequently, the state Board of Regents' government relations officers, Wickert said.

Below are some guidelines in question and answer form based on Wickert's memo and tips prepared by the university counsel's office:

You have the same rights to engage in political expression and action as anyone else in the U.S., but you shouldn't say or imply that your views or activity represent the university. Direct any questions about what is allowed to university counsel Michael Norton, 294-5352 or mnorton@iastate.edu.

Yes, if it's on your own time and with your own equipment. State law prohibits employees from working on a political campaign during work hours. University computers and email accounts are for business purposes. While university policy allows some incidental personal email use, that wouldn't apply to sending email blasts to support a candidate or ballot measure.

Federal law requires that all candidates have equal and fair access to the university. If you invite a candidate or advocate to your class, you must give opposing candidates and speakers the same opportunity. It's OK if they don't accept the offer. The same need to allow for political balance applies to discussion of candidates, voter registration drives or other activities that could be perceived as partisan. Make sure discussion of politics during class is relevant to the course curriculum.

Generally, campaign events should be held in spaces available for public use, such as the Memorial Union (294-1437) or the Iowa State Center (294-3347). To assure fairness and to give priority for academic uses, the university discourages use of academic buildings and spaces for campaign events. Faculty and staff who receive requests for space for a campaign event should contact federal relations director Sophia Magill, smagill@iastate.edu or 294-2320.

As long as the purpose of the tour is to provide information for the public official and does not involve a solicitation for votes, it will not be treated as a campaign event. Generally, such events should be coordinated through Magill or state relations officer Carolann Jensen, cjensen3@iastate.edu or 515-250-2585. 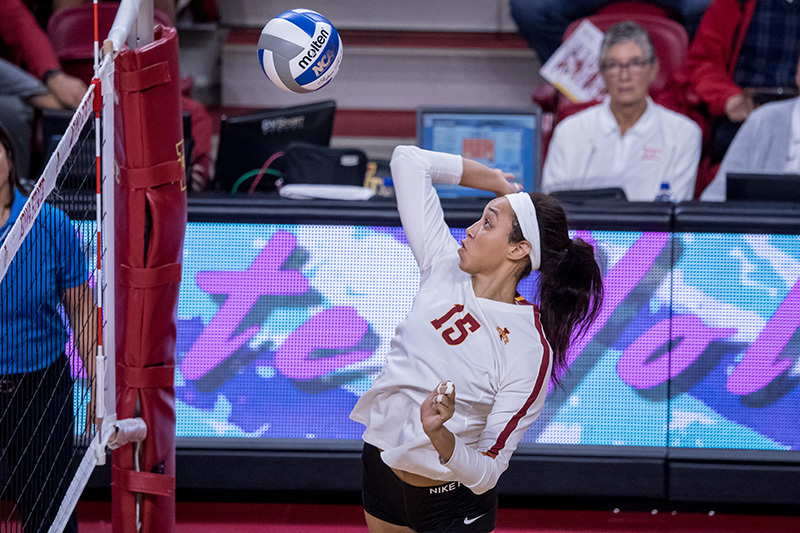