Mike Hamilton, information technology manager in ISU Facilities Planning and Management, has been named president of MAPPA (Midwest Region of APPA: Leadership in Educational Facilities). He was also presented with the Presidential Service Award at this year's conference. The President's Award is given to recognize an individual who has provided service to MAPPA that is above and beyond the normal expected participation.

Iowa State received a Gold rating (second only to platinum) in the FY14 STARS (Sustainability Tracking, Assessment and Rating System) sponsored by the Association for the Advancement of Sustainability in Higher Education. The university's "best practice" cited in the annual STARS report is the peer-to-peer food pantry, The SHOP, started in 2011 by two ISU students, with the goal of serving students who need food but can't access off-campus food banks.

Jiles elected to the Royal Academy of Engineering

David Jiles, Palmer Endowed Chair in the Department of Electrical and Computer Engineering at Iowa State, has been elected to the Royal Academy of Engineering, the United Kingdom’s national academy for engineering. Jiles is the ECpE department’s first RAE Fellow.

He was cited for his seminal contributions to the scientific understanding and engineering applications of magnetism. This has encompassed power, aerospace, automotive and medical engineering. His most influential work – the development of a model for non-linear magnetic hysteresis – is the internationally accepted standard and has been widely cited.

Terry Steinhart, ISU Extension and Outreach swine program specialist, received one of the highest honors available to members of the National Association of County Agriculture Agents this summer. The Distinguished Service Award is presented to the top two percent of the NACAA membership as selected by their peers and the director of extension at their respective state university. His commitment to meeting needs of clients at the individual, community, state, national, and world levels is a major reason for this honor.

Gregory Phillips, Elizabeth Whitley, and Michael Wannemuehler in the College of Veterinary Medicine, have received the Margaret B. Barry Cancer Research Award. This award will further the understanding of gastrointestinal tract microbiota and their influence on health and on the prevention or promotion of colorectal cancer.

Nick Jeffery, a professor of neurology and neurosurgery, and Greg Luecke, an associate professor of mechanical engineering, will use the funding to help create an electronic device that, when surgically implanted, can help those who suffer from spinal cord or brain injuries maintain balance and equilibrium and, by activating appropriate muscles, prevent them from falling.

Qun Wang and Eric Cochran, adjunct assistant professor and associate professor, respectively, in the Department of Chemical and Biological Engineering, will partner with Albert Jergens, professor of veterinary clinical sciences, to isolate intestinal stem cells and create a new collagen-based biopolymer foam that will deliver the stem cells to damaged intestinal mucosa via enema application.

Researchers earned inclusion on the list by writing the greatest number of highly cited papers, ranking among the top 1 percent for their subject field and year of publication between 2002 and 2012. 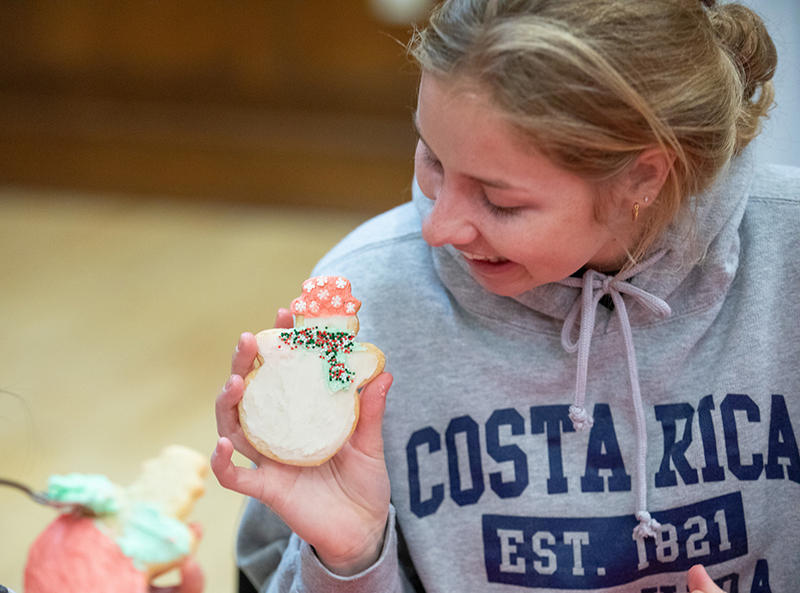