A team effort for the Cyclones' new grass field

Another roll of turf bound for Jack Trice Stadium is expelled from the sod-cutting machine Monday at the horticulture research farm north of Ames. Photos by Christopher Gannon.

Along with a new stadium east access bridge for spectators and some new faces in the Cyclone starting lineup, the 2022 football season will feature a new playing surface.

The Kentucky bluegrass installed Tuesday inside Jack Trice Stadium was grown at the university's horticulture research farm north of Ames by horticulture students and faculty turf extension specialists. Crews from Iowa Sports Turf and Stensland Sod cut the sod in 4-by-85-foot rolls -- about 280 total -- and transported them to the stadium on flatbed semitrailers. The whole process took less than two days.

Associate professor of horticulture Adam Thoms said his team grew about 87,000 square feet of turf from seed. By comparison, the average home lawn is just under 10,000 square feet. At the farm, the sod was grown on sand to match its root zone at Jack Trice, which is about 10" of sand above 4" of pea gravel for excellent drainage. Last spring, it took 120 dump truckloads of sand -- a four-inch depth over six acres -- to prep the growing area at the horticulture farm.

Thoms said the sod grew for "a year and a day, from seed to harvest."

The sod the crew removed from the stadium -- also Kentucky bluegrass -- was installed in 2008 and in "decent shape," said Josh Tvrdik, director of turf and grounds for the athletics department. He said it's realistic to expect the new surface will last 10-12 years. Variables such as disease, water retention and safety will impact the timing of the next replacement.

While the ultimate deadline is the football team's season opener on Sept. 3, Tvrdik said the new sod should be ready for light traffic in a month or two, depending on weather. A small test section of sod from the horticulture farm installed at Jack Trice about 10 days earlier already has new 2-3-inch roots, he said.

Later this month, more sod grown at the horticulture research farm for this project will replace the turf on two practice fields west of the football stadium.

In 2023, Iowa State-grown sod will replace the synthetic soccer playing field at the Cyclone Sports Complex. 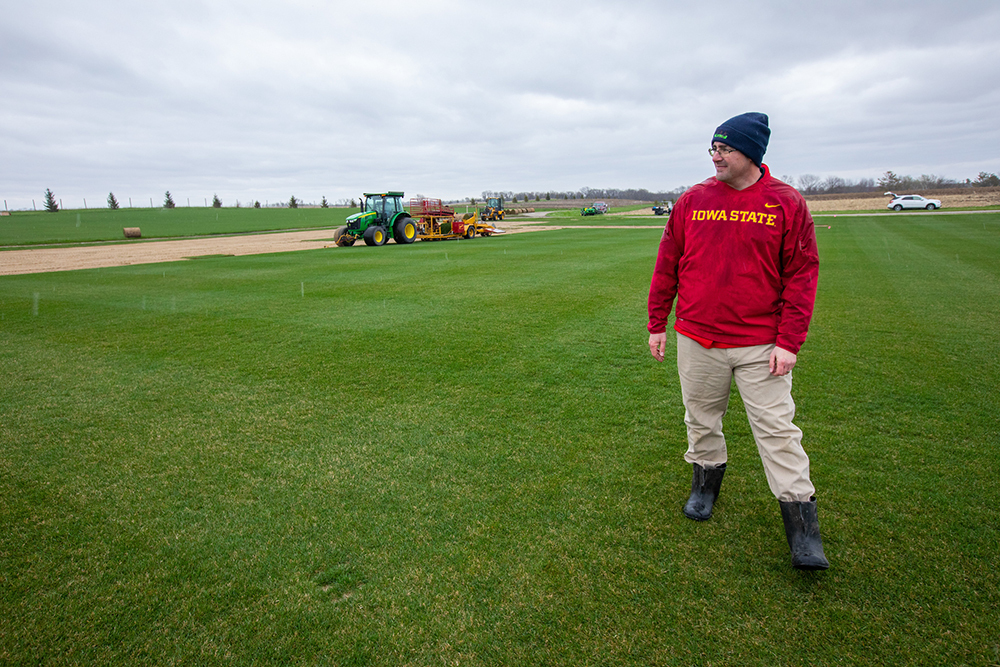 Associate professor of horticulture Adam Thoms walks the sod field one last time Monday before it's cut and relocated to Jack Trice Stadium. 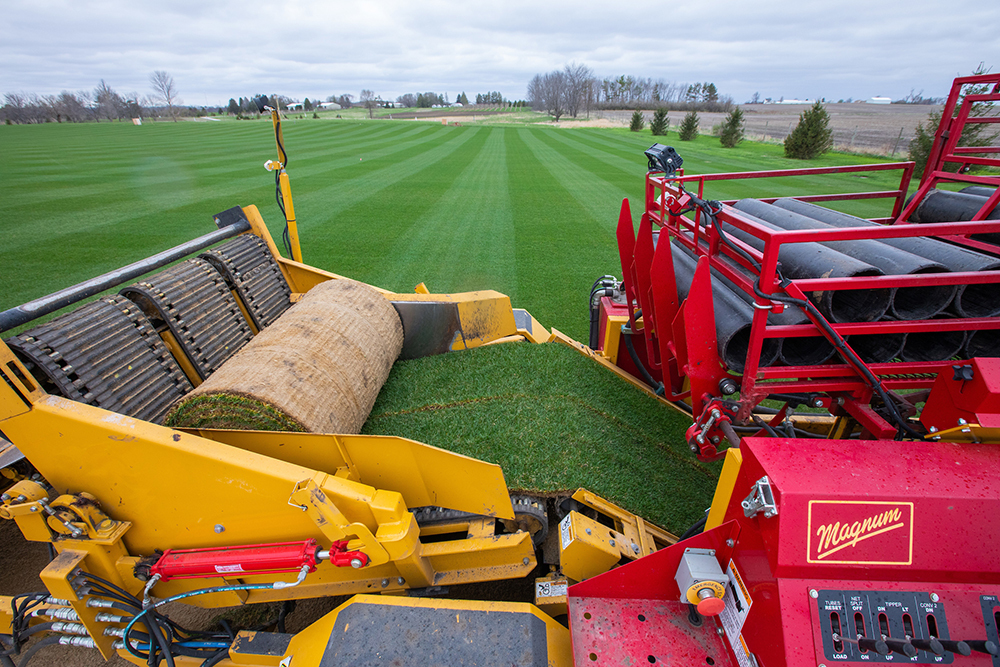 A landscape restoration just north of the Biorenewables Research Laboratory will nourish pollinators and serve as a model for an effort to plant similar patches of habitat this year in communities across Iowa.