Creating a welcoming community is everyone's job on campus, but for a growing number of college leaders, it's the focus of their role.

To help realize the university's commitment to diversity, equity and inclusion (DEI), several ISU colleges now have an assistant or associate dean to provide leadership and direction for creating a more inclusive, diverse and equitable campus. Since it's a relatively (but not entirely) new position at Iowa State, Inside caught up with the five women who serve in a dean-level DEI role -- three appointed last summer -- to talk about their work. 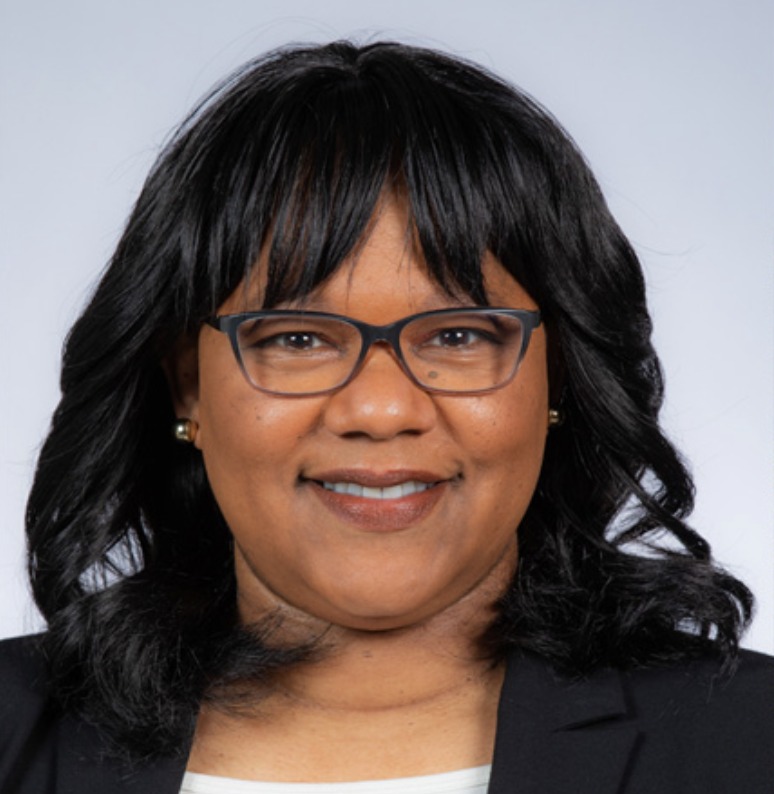 Behnken likens her position to being a house builder. In her first eight months, she's been surveying the land and preparing a foundation.

"You plan out where you want the house to be and then you start digging to make the space for what you want to build in the future," she said.

That's involved meeting with people in the college already working on DEI issues and assessing strengths and barriers. It's a misstep, she said, to launch new projects or initiatives without setting a plan.

"I want us to have a very clear focus and rationale for why we're doing the things we're doing," she said. "I think that's the real benefit of this role. People aren't left to their own devices. When you have someone leading the work, you can meet people where they are and create a cohesive strategy for advancing."

Behnken's goals for the first year are establishing methods of communication, identifying baseline data for measuring success and ensuring the college's DEI team is in place. The team-building includes a not-yet-filled new faculty fellowship for DEI teaching practices, designated DEI leads in each of the college's departments and a redesign of the college-level diversity committee to have a shared governance policy-setting role.

Some colleagues have asked her how the initiative to address the college's ongoing budget deficits will affect its DEI goals, but Behnken said she doesn't expect that it will.

"Treating people with dignity, with respect and with fairness is always free. We can make progress in this area regardless of the challenges -- budget-wise, socio-politically, you name it," she said.

Behnken has helped organizations design and implement alternative methods of serving people in her work as an associate professor of sociology and criminal justice, expertise she relies on in her new post. She's pleased to collaborate with counterparts who, like her, have valuable experience and knowledge to effect change.

"It's not just that there's a lot of us. It's that the people who have been selected for these roles are absolute rock stars," she said. 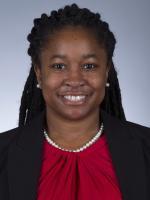 For several years, Cooper was the only ISU assistant or associate dean dedicated to DEI work. While she knew adding DEI leadership would be valuable to colleges and large units, she didn't realize how much she'd value it. She's gained a built-in sounding board and support system that deepens the established network of college-level partners such as equity advisors and directors of multicultural student success.

"Now that they're here, I sense the absence that existed before them," she said.

Colleges benefit from adding DEI positions at the senior leader level because it helps intentionally target specific community needs, widen perspectives when making decisions and ensure sustained attention on cultivating culturally responsive change, while providing a unified and holistic vision, Cooper said. Serving in the role requires a grounding in relevant research, an ability to adapt and communicate across cultures, and a mindset for incremental improvement.

"You have to be both realistic and aspirational," she said. "DEI work is a marathon, not a sprint. It requires one to foreground intentionality and purpose while doing this work."

Now, the college is surveying faculty and staff (last fall) and students (this spring) to be more intentional and strategic about formulating its DEI plan moving forward. The workshops Cooper ran for many years shifted to the department level, led by the diversity committees she pushed to establish as part of the college's governance.

"That step sounds small, but it's huge. It's a game changer. It ensures that diversity, equity and inclusion are embedded at both the college and department levels in a meaningful way and that people are actively supporting and engaged in the work," she said.

Cooper said the changing language usage in the college is another accomplishment. One example is the growing emphasis in CALS on "belonging," as a potential mechanism to promote self-confidence, engagement and well-being for faculty, staff and students.

"Diversity, equity and inclusion has always included everyone. But language-wise, talking about belonging provides some of our people an entry point into this larger conversation, and I just want people to have the conversation," she said.

A few CALS departments are in the process of adopting the term, turning their DEI committees into DEIB committees. 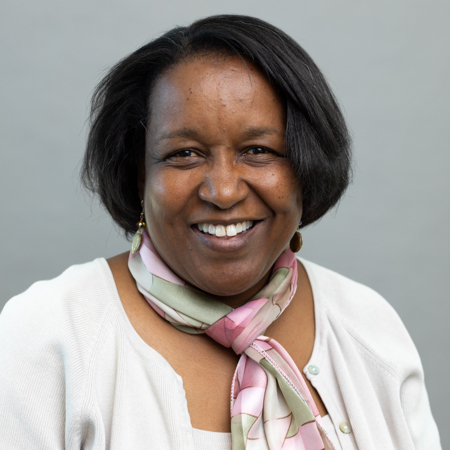 One of the benefits of leading equity efforts in the College of Engineering is the analytical approach engineers take to problem-solving, Hargrave said.

"Across a broad spectrum, the nature of engineering is solving technical problems, and you could consider DEI a technical problem," she said. "I think that positions us well to have conversations about the complexities, nuances and challenges that make a focus on diversity, equity and inclusion important and necessary."

That's what Hargrave, a professor in the School of Education and former director of Science Bound, has noticed while mapping out the engineering DEI initiatives already in place and learning about the individual culture of the college's departments, aiming to understand "how and why things work the way they work."

Hargrave sees her position as a way to galvanize and expand those efforts -- and as a signal of their relevance.

"It's a flag waving that says this is central to what we're doing," she said. "It says that creating a diverse and inclusive environment that is equitable across social identities is fundamental to our success as a college."

One initiative that's launched since Hargrave was hired is the college's women's faculty network. The idea -- proposed by Michelle Soupir, professor of agricultural and biosystems engineering and the college's former equity advisor -- is to assist women in male-dominated fields through collective mentoring. In monthly meetings, full professors meet with assistant and associate professors, sharing advice about flexible faculty programs, reviewing promotion materials and discussing issues such as self-doubt.

"We all hear those voices: 'Am I really ready to go for the next promotion?' This is a place for those conversations to happen," Hargrave said. "Just having a group talk about these things brings the tension down." 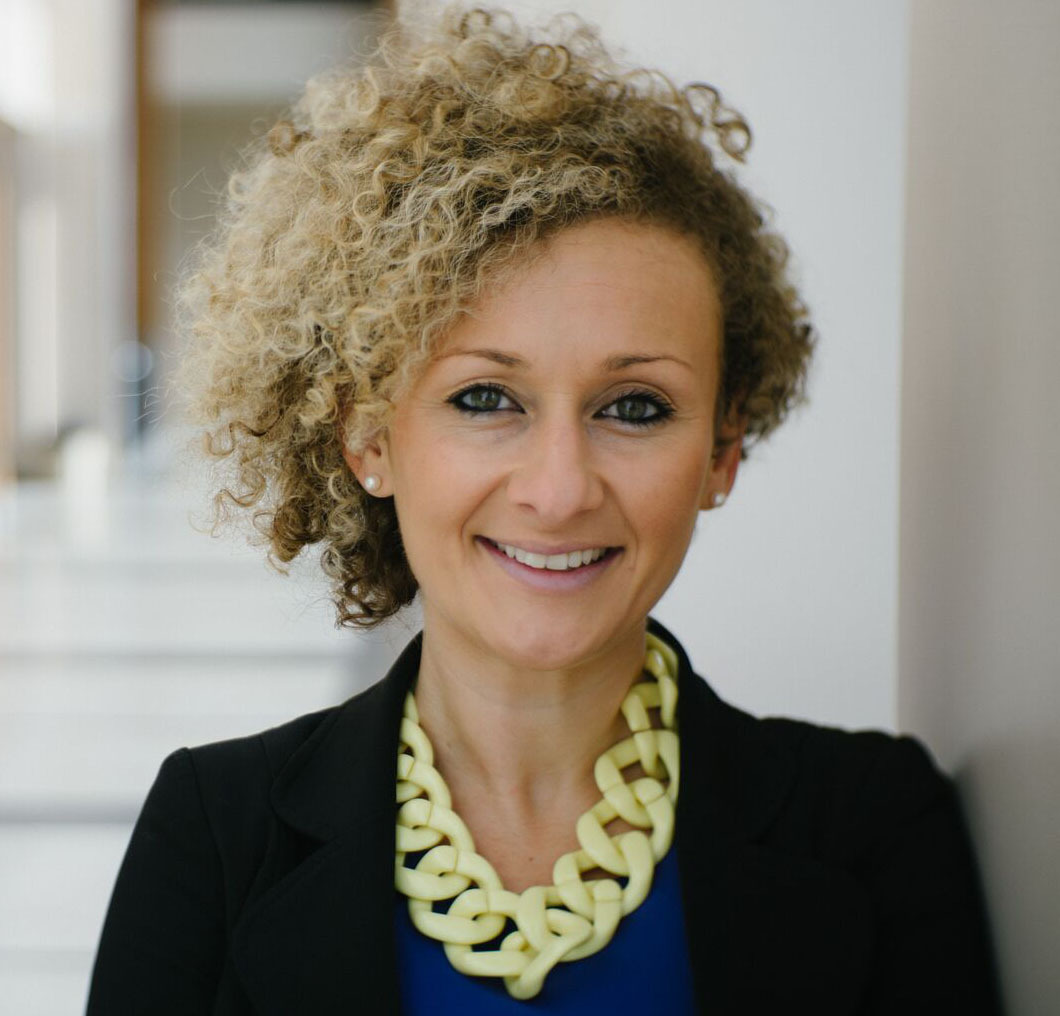 Issues surrounding diversity and equity already were on Salotti's plate as associate dean for academic affairs, but adding "diversity" to her title last summer gave her the green light to be more proactive.

"That gives you the weight of the responsibility," she said. "Now, it's more about how do we achieve our objectives as a college instead of responding based on feedback."

Salotti is drafting a strategic plan that will define those objectives, basing her initial effort on an analysis of other business schools and surveys of Ivy students, faculty and staff. Focus groups of students and employees will weigh in, and she'll convene a task force to set metrics the college will aim to meet. Surveyed students said clear intent was important in making genuine progress, she said.

"We have a goal to increase diversity, but what does that mean? We need to have a shared definition of where we want to be," she said. "People appreciate that transparency."

Salotti said the most effective framing for promoting inclusion in the college is approaching it as industry does -- a growth opportunity.

"When we think about DEI in our own personal lives, we think about it using a moral argument. And that is 100% true," she said. "But I think it also is important to talk about diversity, equity and inclusion as adding value."

While the college's DEI strategic plan remains a work in progress, Salotti said she has noticed an uptick in the past year in colleagues volunteering to get involved in DEI by sharing their experiences or related research. Having a senior administrator specifically working on inclusivity provides a permission structure that spreads throughout the college, she said.

"When you're trying to create something that wasn't there before, I think other people see that and are encouraged to do the same," she said. 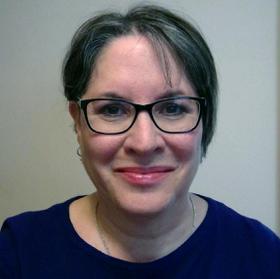 Assistant dean for inclusion and equity, University Library
Appointed May 2018

When Vega García was promoted to her assistant dean position, the charge was clear, as there were a number of library DEI programs and initiatives needing oversight, as well as a need for professional development opportunities for library staff.

The professional development opportunities included a series of book discussions, with accompanying materials posted in online library guides. Some of these guides attracted national attention after the protests following George Floyd's murder in 2020, with many organizations asking permission to use the materials to launch their own series. The guide for "How to Be an Antiracist" was the library's most viewed in fiscal year 2021, racking up more than 76,000 hits.

Policy has been another important focus. Vega García helped add a provision to library performance evaluations asking staff to detail their DEI activity when reviewing their work over the last year. It's an achievable way to ensure staff are growing and learning, she said.

"The point is that we are all expected to have something to report, but we've never mandated anyone to do any specific thing. Staff have the choice of what they want to be involved in," she said.

The library also launched a review of its policies for both staff and patrons, looking for ways to increase inclusion. The initiative is prompting changes to four policies, including a reworked policy on general collection development to make it clear that the interests, research, studies and inquiries of faculty, staff and students drive library collection decisions, she said.

Last fall, the library surveyed students served by student accessibility services to gauge accessibility needs, and the eye-opening results are likely to spur some future changes, Vega García said. For instance, many respondents said they are neurodiverse and struggle to find space at the library that's quiet, private and distraction-free.

"Certain areas here are just humming with activity. Many of us here really hadn't considered how difficult that can be for neurodiverse patrons," she said.

Having a leader in charge of DEI at the library has helped create an environment in which talking about those issues is normal and continuous, Vega García said.

"It was a way of marking it as something that wasn't going away and wasn't limited to one or two people," she said. 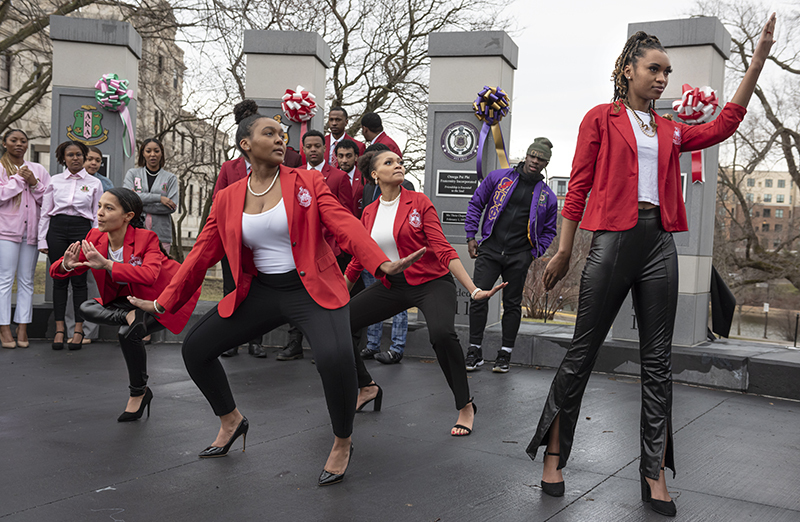