Stacy Cordery knew she needed a way to engage her students in a semester likely to be sprinkled with obstacles. The history professor decided to try something new -- unsure if it would work -- to help students who might be out of her in-person class for weeks at a time.

"If we want to keep students engaged in their learning, and if we want to hold them accountable for their own education while further encouraging the formation of community, what if we put them in triads?" Cordery said.

Cordery presented her idea to the students on the first day of class. Students formed groups of three and were responsible for taking notes and sharing them with anyone in the group who missed class. She chose three because if groups formed around friendships, the likelihood of two people being sick at the same time was higher.

"I do not post my lectures online or share my PowerPoints because I want students to come to class and be engaged," she said. "Now, they don't just have to come to me, they can go to each other."

Cordery said the groups have been a success with little pushback from her students. It was aided by teaching assistant Matt Dawdy dedicating time during a recitation section to explain how to best listen during a lecture, how to take notes, and how to make them legible and logical for their triad members.

"I think students are hungry for that connection that is such a part of college life," Cordery said. "I am not saying they all got it through their triad, but it at least opened the door to a kind of connection, should they want it."

Students have missed class for a variety of reasons, from quarantine to the death of a family member, but the triad helped keep them connected and up to speed, Dawdy said.

The students have become better active listeners in the lecture because they are responsible to some degree for their fellow students' learning, Cordery said.

"One of the harder things about teaching is having students understand what the purpose is of whatever we are doing," Dawdy said. "But when [Cordery] approached me [with the triad concept], it made sense and was useful. It was a way to hold students accountable to each other, and also I had hoped a way to foster communication."

Cordery said some students have expanded the triad into a study group for the Survey of United States History II course. It also alerts Dawdy to areas that need more explanation.

"Once students talk to their triad, if there is something they don't get I know where I need to focus," he said.

Cordery isn't sure how triads would translate to online courses, but she is certain it could be applicable in every discipline.

"I think you could use it in chemistry or French or any other class," she said. "Any class that had a classroom component could adapt or use this."

The positive feedback Cordery has received from students and Dawdy has her planning to use the triad system in her large classes going forward.

Cordery is pleased her attempt to keep students engaged has been successful, but she points out that many across campus are doing similar things.

"Faculty talk a lot about pedagogy and how to keep students at the center," she said. "Those conversations have only accelerated because of coronavirus. I wouldn't be surprised if there are numerous other great ideas Iowa State faculty have come up with." 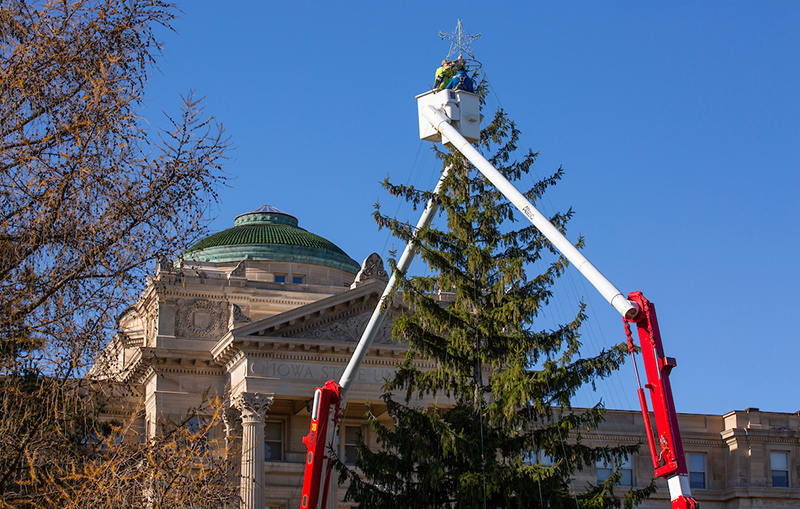