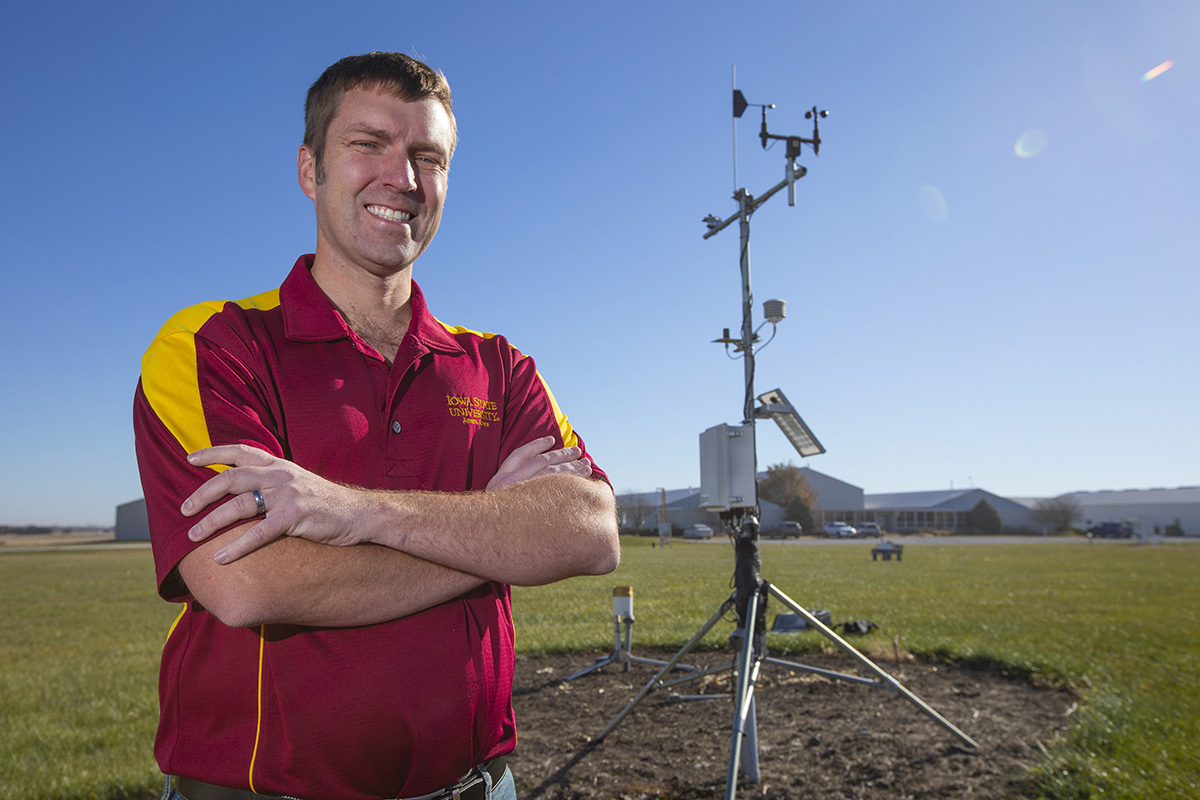 Daryl Herzmann uses weather data equipment like that on the Ag Engineering/Agronomy Research Farm to collect and archive large amounts of information for the Iowa Environmental Mesonet. Photo by Christopher Gannon.

Daryl Herzmann grew up on a dairy farm in northeast Iowa, and like most farmers, his days revolved around the weather.

"I was always frustrated by the forecast because we based our farming decisions on a two- or three-day forecast," the agronomy systems analyst said. "I decided I had to go to Iowa State and try to figure out how to fix this. That's where it dawned on me that it is not necessarily fixable, but it is a data problem."

The meteorology major began working with the Iowa Environmental Mesonet soon after graduation in 2001, providing better data to improve forecasts.

"Dennis Todey was an associate professor in agronomy at Iowa State at the time, and he was lining up funding for the mesonet when I was about to graduate," Herzmann said.

All the data is sent to servers in Durham Center where Herzmann analyzes and archives the information. The wide range of meteorological information is free to anyone, but Herzmann's skill in dealing with the vast amounts of data generated daily proves vital for researchers at Iowa State.

"I am written into a lot of grant requests by faculty who use this data in their projects," he said.

What is a mesonet?

First, let's get technical. A mesonet is a network of automated weather stations that observe, measure and track mesoscale meteorological phenomena.

Herzmann can make it more understandable for the non-meteorologists among us.

"The amount of rainfall you get compared to your neighbor's house might be different, and weather varies on scales whether it is a neighborhood, city or state," he said. "The mesoscale is meant to define scales on the order of tens of miles. Our network tries to understand weather phenomena on the scale of counties."

The Soil Moisture Network has about 25 stations collecting data supplemented by the other two. Herzmann uses between 300 and 500 stations -- many recording different data from rainfall, temperature and wind -- to generate user-friendly products for the information coming in 24/7.

Mesonets are not rare -- nearly every state's land-grant university has one -- but the funding model for each varies. Herzmann runs the Iowa Environmental Mesonet through grant money by supplying his data to projects across the campus, usually for a few months at a time.

"We have researchers who are doing modeling and others doing field research, and they need someone to provide them with weather and forecast information in formats and products that make it easy for them to use," he said. "It is difficult to go on the internet and find some of this, but researchers also don't want to fund someone to do this full time. I come in there and am written into grants and provide that support for a month or two."

What is it used for?

"There are very few stations that measure solar radiation data, basically the energy coming from the sun and hitting the ground," he said. "It turns out for many research applications that are done at Iowa State, solar radiation is an extremely critical value to understand and properly observe to drive things like modeling and analysis."

The data Herzmann collects aids those at the research farms in understanding their crop experiments. For example, after harvesting a corn plot, researchers can go back and look at rainfall, temperature and solar radiation to explain yield.

Herzmann typically is involved in four to six projects at a time connected with the university,  largely in agronomy, wind energy and computer science.

"He uses weather data and short-term forecasts to predict soil conditions and crop yields over the Corn Belt," Herzmann said. "I provide weather and forecast information for this modeling group to process every day."

Another big project Herzmann supports is the daily erosion project under the supervision of professor Richard Cruse with the Water Resources Research Institute. It focuses on near real-time soil loss on hill slopes in Iowa and beyond.

Herzmann makes all data open to the public, and its users vary from researchers to television stations.

"One of the most consistent users of this data is the entities that we are partnering with for their data," he said. "The National Weather Service is a heavy user of my website even though they already have most of the data. I just present it in a better and more useful way."

The DOT, agronomists at co-ops, companies and ISU Extension and Outreach also use the information.

Herzmann updates the website daily, finding a hook for users based on the weather. That includes snow amounts received across the state last week and recorded wind speeds during this summer's derecho.

"We observed a 92 mph wind gust near the surface from the derecho," he said. 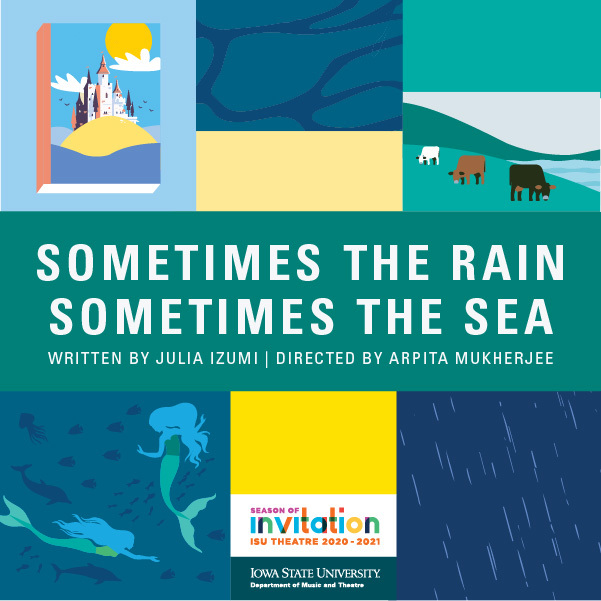