When Brian Le came to Iowa State after a year as an undergraduate at Drake University, the transition was challenging. Being on a campus so large was difficult. So was being on a campus so homogenous. Le, a Des Moines native and son of Vietnamese refugees, came from a high school where students spoke more than 20 different languages. Ames was eye-opening.

"I didn't realize how predominantly white it was," Le said.

Connect Four, a College of Human Sciences program that provides community and mentoring for the college's first-year students of color, was a saving grace. It provided Le an avenue to meet diverse peers, guidance on how to thrive and a feeling that he wasn't alone.

"It helped me understand that I wasn't the only one struggling trying to navigate with my identities on campus," said Le, who later worked as a Connect Four peer mentor and is now a student programs coordinator with the Science Bound program. "It was a great jump-start to getting involved."

Connect Four has aimed to provide experiences like Le's since its founding in 2010 -- uniting, informing and engaging students, some who later return the favor.

"Lots of students are trying to figure themselves out, and this gives them a place to do that, to branch out and be able to come back and give back," said Human Sciences multicultural liaison officer Carmen Flagge, who runs the program.

Connect Four's name references its goals to connect new students to four pillars, Flagge said: academic resources, faculty, the university and each other. Every transfer and freshman in the college who identifies as a person of color is invited to join Connect Four, which a few years ago officially organized as a nonresidential learning community. It's one of several college-based learning communities for first-year multicultural students, including Design's Building up Leadership in Design (BUILD), Engineering's Leadership through Engineering Academic Diversity (LEAD), Agriculture and Life Sciences' Fostering Opportunity and Collaboration through Unity and Scholarship (FOCUS) and Liberal Arts and Sciences' Bridging Opportunities in Leadership and Diversity (BOLD).

The group meets twice a month for an hour at supper time, with a meal provided and a topic on tap. Thirty-five of the 123 eligible students were at the first meeting this fall, numbers that have been growing in recent years. They learn about resources and opportunities, whether it's study abroad experiences, scholarships or the one course per semester of free group tutoring multicultural student affairs funds for all students of color. Participants are more apt to succeed in the classroom, with a first semester GPA a half-grade higher than nonparticipants last fall, Flagge said.

Visiting speakers at the meetings present on issues such as financial aid, health and wellness, and believing in yourself. Flagge encourages faculty and staff speakers to talk about their own experiences with college to make them more approachable.

"It's about seeing them as a helping hand, someone who will work with you," she said.

Having faculty speak at Connect Four meetings also gives many of the speakers a new perspective, Flagge said.

"Having them come to us gives faculty an opportunity to really see our students.

They're able to see they have a desire to learn," she said.

The meetings, which some students continue attending after their first year, can be a time to vent. Sometimes that's necessary, Flagge said, noting the recent instances of racist vandalism on campus and the student activism in response.

"There are opportunities to process that and be in a space where they don't have to fight, where they can just be and be cared for," she said.

During Human Sciences Week, Connect Four students are invited to a faculty-staff dinner at the Joan Bice Underwood Tearoom. Throughout the year, students can sign up for one-on-one sessions weekly with peer mentors, and individual midterm meetings peer mentors, Flagge or graduate assistant Kasandra Diaz are encouraged.

One of those doors was an alternative spring break service trip Le took to a women and children's homeless shelter in Atlanta. The week of volunteering changed his life and drove him to lead his own service learning spring break trip volunteering at a substance abuse rehabilitation farm in Colorado.

"It helped shape my identity on what it means to give back to others," he said.

A big aspect of the retention programming Le developed for Science Bound centers around the peer mentoring and leadership experiences he took away from Connect Four, as well as the community. He said the family vibe of the program made a difference and had lingering effects.

"Some of the students who were part of that program with me, we still catch up. It's a journey we all went through," he said. 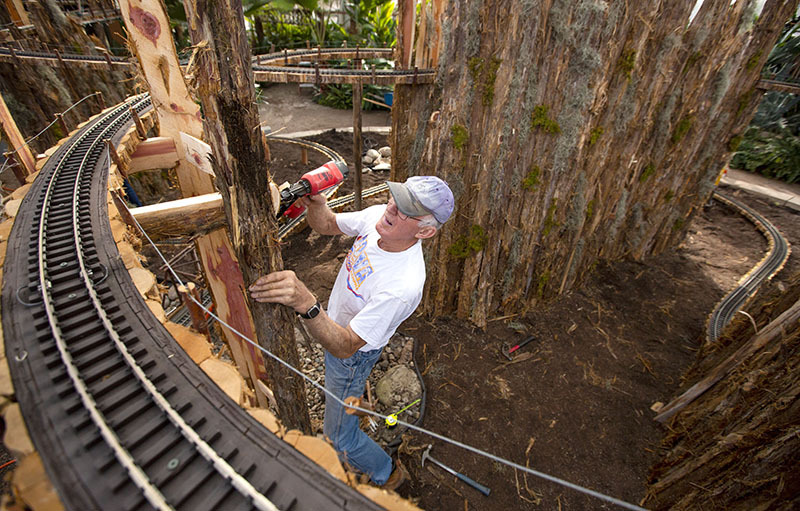