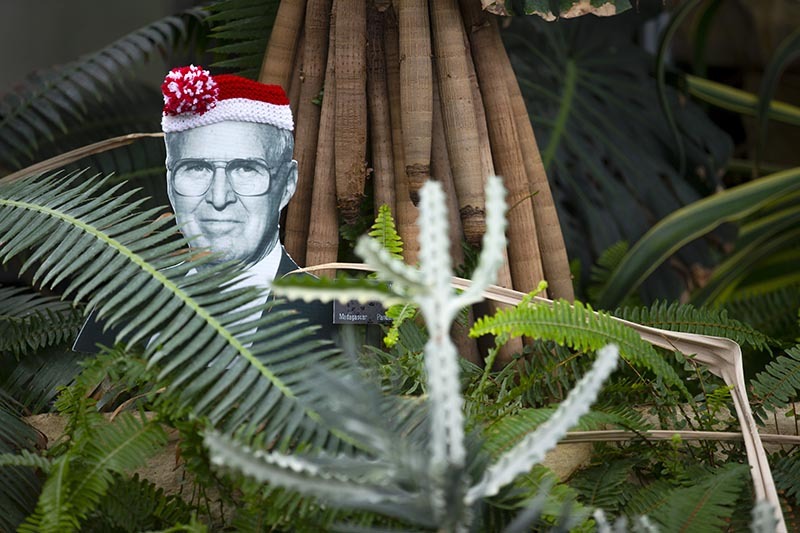 A bust of Norman Borlaug hidden in the "Where's Aldo (Leopold)?" exhibit in the Reiman Gardens conservatory. Photo by Christopher Gannon.

Ecology superstars are featured in the "Where's Aldo (Leopold)?" exhibit that opened Saturday in Reiman Gardens' Hughes Conservatory. Part of the gardens' yearlong Toys and Games theme, the exhibit is a play on the "Where's Waldo?" search-and-find puzzles.

Eight (nearly) life-sized busts are tucked among the tropical plants, flowering annuals and river birch trees on display in the conservatory. The black and white busts sport Waldo-like red and white striped scarves and hats knitted by gardens volunteers. The busts will be moved periodically, presenting a new search for returning visitors.

The eight ecology heroes featured in the exhibit are:

Themed displays also are growing in the outside gardens. They include: 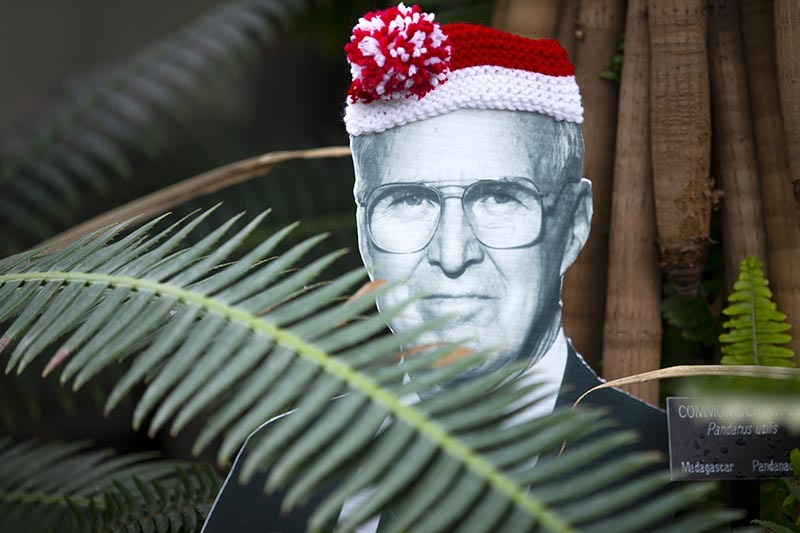