State Board of Regents president Michael Richards announced Feb. 22 that board members are "actively studying" tuition increases under 4 percent for resident undergraduates next year. He reiterated that the board wants to approve rates for the 2018-19 academic year just once. His comments came during the board's regular meeting at the ISU Alumni Center.

The plan is to discuss tuition increases during the board's April meeting in Council Bluffs and vote on them in early June when it meets in Cedar Falls. Student regent Rachel Johnson asked that the tuition discussion include background information about the broader cost of attendance.

Richards also said the board is working on a five-year plan that would give some predictability to future tuition increases for students and their families. He said the board will roll out a plan in the fall that begins with the 2018-19 year, includes an increase range for each of the next four and becomes more specific as each year evolves.

"The absence of predictability of future tuition increases is one concern we've heard from so many groups," he said. "We want to come up with a plan that allows students and their families to know what tuition rates will be and what's projected for the next several years."

He noted that the regents' request for additional state operating support for the year that begins July 1 is all for financial aid for resident undergraduate students.

"The state of Iowa ranks last in the nation in need-based financial aid to public university students. This money will help keep college affordable for Iowans," he said.

Regarding the possibility of a cut this spring to the current budget, Richards said, "We don't like any reduction; no one would. But when finalized, we will work to minimize any impact to the campuses, particularly to the students."

Regent and former state senator (1997-2008) Larry McKibben had another solution: use cash reserves to balance the state budget.

"There’s absolutely no reason for a midyear budget cut. The state has tens of millions of dollars in a rainy day fund, but they want to make a $35 million cut midyear," McKibben said.

"It’s all about priorities, he said, "not about the price of corn and beans, as leaders in the Legislature are telling us."

McKibben, a tax attorney, said changes to the federal tax law also will mean more revenue for the state.

The facts, he said, are that since 1998, the state general fund budget has grown 67 percent ($2.2 billion), student enrollment system-wide has grown 21 percent and state funding for the regent universities has dropped 11.2 percent ($71.9 million).

"There's been no new support for public higher education for an entire generation. My generation, the baby boomers, has failed," he lamented.

The board took a first look at proposed campus parking rates for next year. It will vote on the universities' proposals in April. Iowa State is proposing increases to all its permits as well as a 25-cent per hour increase (to $1) for parking meters and metered lots. Student permits would go up $2-$3 each (increases between 1.4 percent and 3.4 percent).

The board approved the Ivy College of Business' proposal to differentiate by name its three Master of Business Administration (MBA) degree programs, all with 30 core credits and 18 elective credits:

Assistant vice president for student affairs and residence director Pete Englin told board members that demand for on-campus housing has leveled off, in part because Iowa State has added about 1,500 beds to its permanent inventory (Geoffroy Hall and additional buildings at Frederiksen Court) and because of the explosion in private housing development in Ames created by the 40 percent enrollment climb in the last decade. At its peak, the residence system leased and managed nearly 1,400 off-campus spots; that will diminish to approximately 300 beds in Legacy Tower in campustown this fall.

Historically, about one-third of students have lived on campus and, with about 12,000 hall and apartment spots available, that still is the case, Englin said.

Student data that tracks grade point averages and retention rates show "we're the place you can be the most successful," so that's the message the residence department uses in response to private-sector marketing campaigns around fitness centers and natural stone countertops, Englin said.

"How we determine whether we're meeting our mission is how well we're helping students persist and graduate from Iowa State and love being Cyclones," he said.

Other plans Englin shared include: 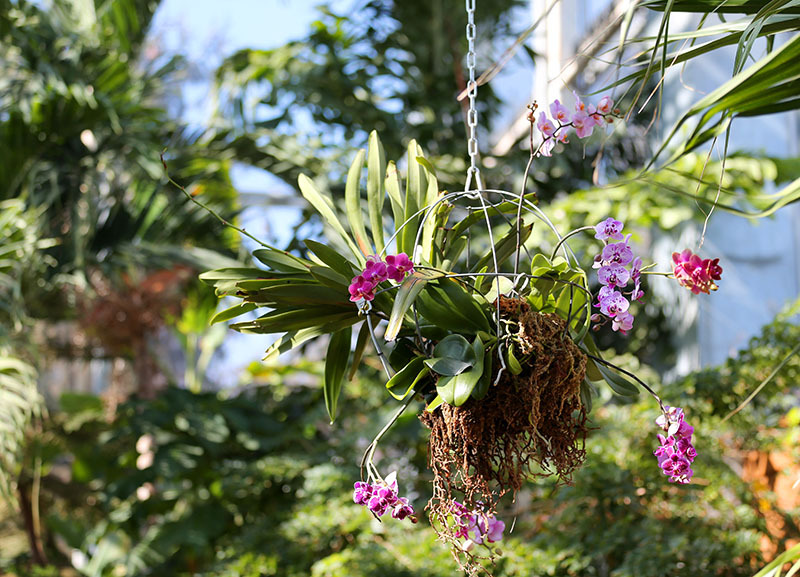