Several dozen paper forms will become obsolete over the next few years as Iowa State transitions to electronic submission and review systems for research that includes human participants, animal subjects or biohazards. In sum, the university's three compliance committees responsible for such projects complete more than 2,700 transactions annually.

IRBManager is the software chosen for research projects involving human participants, monitored by the university's Institutional Review Board. Faculty researchers have beta-tested it, with positive feedback, said assistant vice president for research Jerry Zamzow. Implementation is on hold, pending some regulatory decisions at the federal level, anticipated in early 2018.

"We want to do one rollout, so we'll wait for the right time," he said.

And training sessions started last week for a-tune software, the product selected for managing proposals to two other research compliance committees, the Institutional Animal Care and Use Committee and the Institutional Biosafety Committee. Several years in the making, Zamzow said his office worked with an a-tune team to customize the software so a proposal to the animal care committee can generate one to the biosafety committee, if desired. Research administrators wanted to minimize the burden a new system initially puts on its users, particularly principal investigators (PIs), he said.

The intent is to create a one-stop shop for PIs and capture all compliance aspects of their research project, including:

A-tune also will streamline the efforts of staff members in the offices of responsible research, laboratory animal resources and the attending veterinarian, who work in tandem to ensure that research projects comply with university, state and federal regulations.

"Whether it's biomedical research or a project to observe chipmunks in the wild, there's a huge swath of things that have to be accounted for," Zamzow said. "A-tune won't lessen the work, but it will make our work efficient."

Late to the dance?

Not at all. Zamzow is unabashed about Iowa State still using a paper approval system. Research administration software is expensive -- and many early adopters were not happy with their selections, he noted.

"There still are lots of paper-based systems out there," he said, including at least one institution that returned to paper just weeks into a transition to an expensive electronic system.

"Despite being paper-based, we're quite efficient, compared to others. We want to ensure that efficiency is preserved," he said.

Early in the new year, a-tune will go live. New research proposals will use the online system, and at every project's annual review, Zamzow anticipates it will migrate to the new system.

The power of one

While the university's enterprise software system, Workday, doesn't have a research management component at this time, Zamzow said a long-term goal is to link in when the time is right.

"We look forward to integrating with that system someday -- to fully realize the power of one for Iowa State," he said. 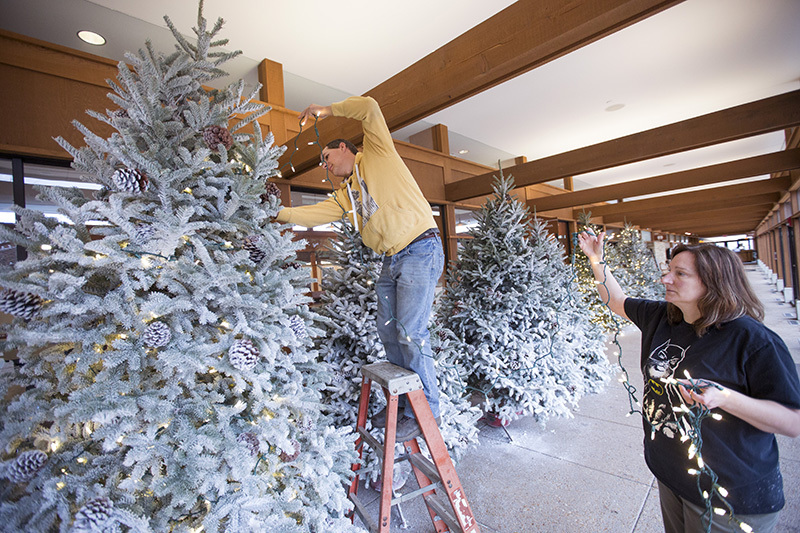