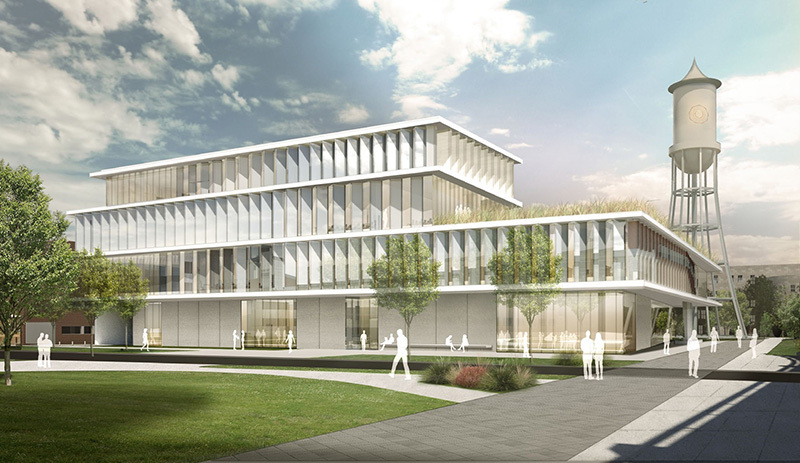 Architect's sketch of the Student Innovation Center, viewed from the southwest. Visible in the foreground is Bissell Road; in the background (left) is Sweeney Hall; (right) is Marston Hall. The state Board of Regents will be asked to give its final approval to the project when it meets on Dec. 5. Submitted image.

A vote on 2017-18 tuition and fee rates, a green light on proposed faculty professional development assignments for next year and final board approval of the Student Innovation Center are anticipated when the state Board of Regents meets Dec. 5-6 at the University of Northern Iowa. More than half of the two-day gathering will be used to interview three finalists for the UNI presidency and select the next president. Not on the agenda is the outcome of an audit of travel policies and state equipment use at the three regent universities, including Iowa State's purchase of airplanes. The board requested the review last month from its audit team on the heels of questions about President Steven Leath's use of university planes.

Audio of public portions of the meeting will be live streamed on the board's website. The agenda and supporting documents also are online.

The regents will be asked to sign off on a schematic design, project description and budget ($84 million) for the Student Innovation Center, to be built north of Hoover Hall. The southeast end of Sweeney Hall and the Nuclear Engineering Lab will be demolished in the spring to create space.

The 140,000-square-foot building will be cross-functional, collaborative and used by students from all corners of campus. Flexible spaces will be used for a range of activities and events. Specific spaces will be dedicated for fabrication, prototyping, documenting, design, testing and assembly. As proposed, the facility would be clad predominately with a high-performing glass that balances aesthetics with performance and environmental goals. The east, south and west facades would manage solar heat while providing high visibility into and out of the building to showcase student activities. Most of the north façade would be opaque for high insulation.

The project will be paid for with $44 million in private gifts and $40 million in state appropriations (spread over four fiscal years, 2017-20, as approved by the 2015 Legislature). The budget includes $64.4 million in construction costs, $10.7 million in design and project management fees, $6.6 million in equipment and furniture, and a $2.3 million contingency.

The anticipated timeline is to begin construction next summer and wrap up by January 2020.

Iowa State leaders will seek approval for 42 faculty development assignments during fiscal year 2018. This is an increase over this year's 31 assignments and the 37 approved in both FY 15 and 16. Fifty faculty members, from an eligible pool of 1,872, submitted proposals. The submitted list includes 13 projects that will last for the academic year and 29 that will last for six months or less.

The three regent universities establish their own policies and rules for eligibility. At ISU, all faculty members employed at least halftime are eligible to apply for a professional development assignment. There is no requirement on length of service. Priority may be given to tenured faculty over adjunct and nontenured faculty, and to individuals who have not had a professional development assignment in the last five years.

The 2017-18 year is the second in a three-year plan in which all international students will pay $500 per year incrementally above nonresident tuition increases, for a total of $1,500 when fully implemented.

In other Iowa State-related business, the board will be asked to: 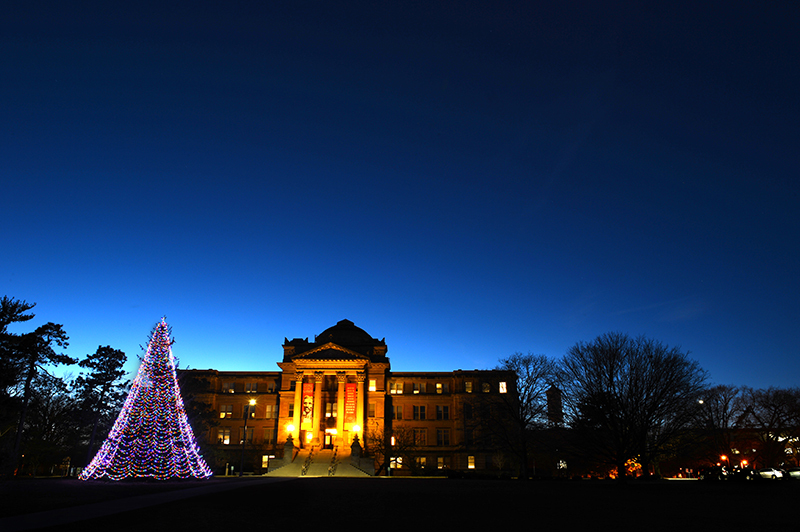