Setting up house at Geoffroy Hall 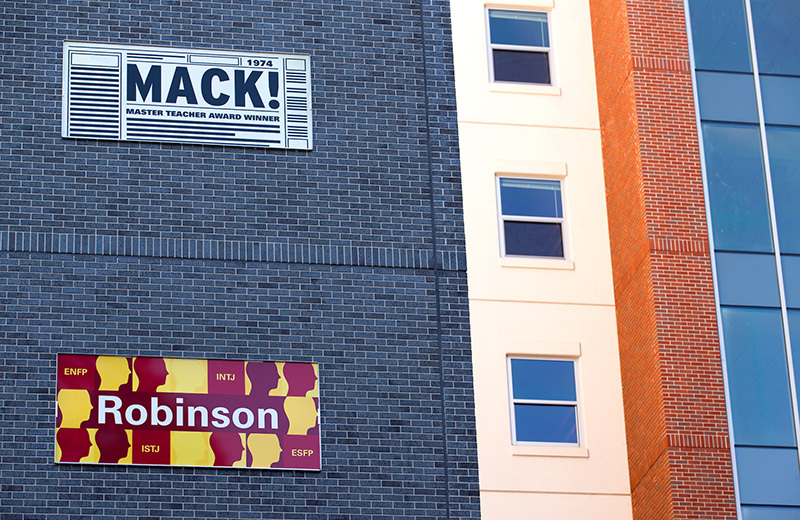 Keeping with an Iowa State tradition, students who move into the brand new Geoffroy residence hall in early January also will make their home in one of 14 "houses" -- the east or west half of seven floors named for individuals we're proud to call Iowa Staters.

The 14 individuals were selected last spring; five by the residence department's leadership team and nine by a task force of residence staff and Inter-Residence Hall Association (IRHA) students. Both teams started with the same list of about 35 possibilities, culled from sources that include the university's residence and student affairs histories and an index of retired house names from former residence halls.

It's a list of "really fantastic people on various levels of outstanding," said junior Wes Elias, 2015-16 IRHA vice president and a selection team member. "If we could have given a floor to all of them, we would."

Susan Presto, a hall director for the residence department who will be reassigned to Geoffroy Hall, also served on the committee.

"A student's identity is very much tied to the house, and they take a lot of pride in their houses," she said. "A pop culture comparison is the house system at Hogwarts [of 'Harry Potter' fame]."

She explained that each house -- approximately 50-60 students -- has its own leadership team, funds and programming.

"I was very honored to be part of this group. We wanted to be sure the people we chose were individuals our students would look up to," Presto said.

As part of the assignment, Presto, Elias and their colleagues suggested a graphic for each house sign that represents that individual. A student in the department's marketing unit developed and refined the signs over the summer, and they were produced and installed in September. For example, the puzzle pieces on the Ebbers sign speak to his ability to connect people and resources. The front page look to the Mack sign reminds us of professor Barbara Mack's expansive career in journalism as reporter, lawyer and educator. Alas, attempts to paint Kellogg employee Mildred Day's name as Rice Krispie treat letters washed out and the team settled instead on images of baking tools.

Following is a nugget about the lives of the 14 house honorees at Geoffroy Hall. The boldfaced name is illustrated on the exterior house signs: 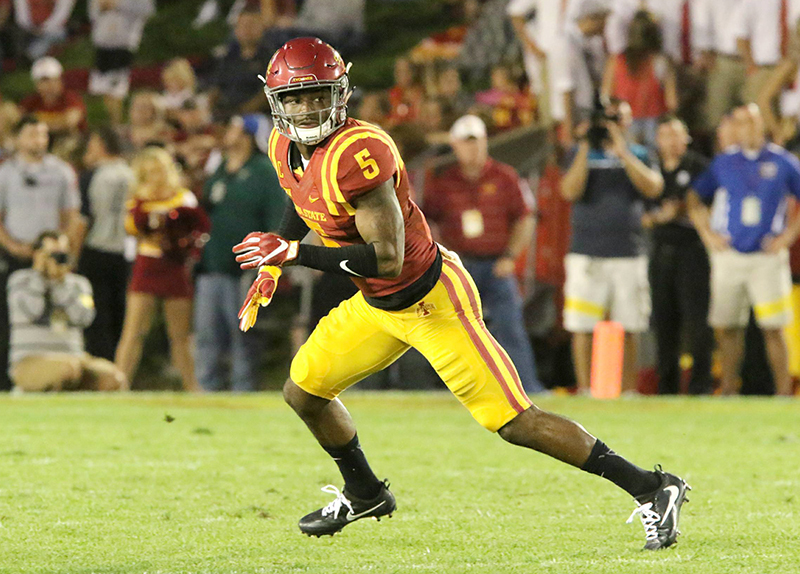 Let them entertain you

There are several upcoming Cyclone athletics events -- and ticket discounts -- to take advantage of in the next two weeks.