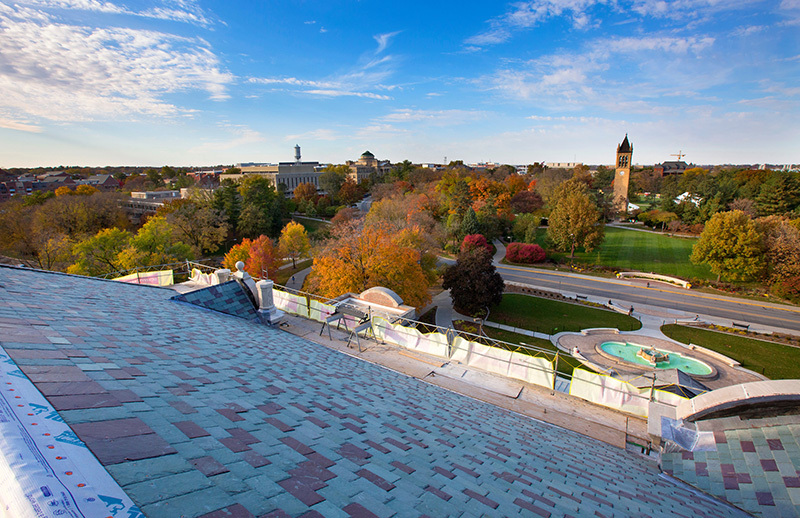 Roof workers atop the Memorial Union have enjoyed one of the most spectacular views on campus this fall. Since July, a team from Minneapolis-based Schwickert’s Tecta America has been replacing the original slate tile roof -- which dated back to 1927 -- on the central, highest part of the Memorial Union. Project manager Scott Haefner said that when the job is done, 80 tons of Vermont slate will have been installed. The project is on schedule to wrap up in mid-November.

As part of its work, the team also did tuck pointing on chimneys and other structures above the roof line.

Student and faculty music ensembles are scheduled to perform.