Senate president Rob Wallace shared the 2015-16 faculty numbers during his remarks at the Dec. 8 Faculty Senate meeting. The official headcount of 1,973 faculty -- taken this year at midnight on Oct. 30 -- includes tenured, tenure-eligible and non-tenure eligible positions.

"That is ... a net increase of 81 positions," Wallace said. "We have made progress over the last year in terms of faculty hires. In the current budget situation, we're not likely to do the same thing between 2015 and 2016."

More data and statistics are available in the faculty and staff section of the institutional research office's 2015-16 Fact Book.

"If you have a specific need in your area that's different than what we offer, we'll tailor it to what you need," Delashmutt said.

Senators approved a pair of academic proposals, including: 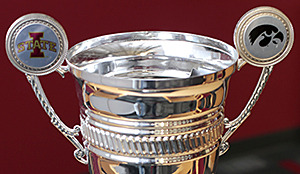