A task force report (PDF) that recommends tying state funding for the public universities to resident enrollment and specific outcomes has been posted on the state Board of Regents website. Task force chairman and former regent David Miles will present the report and its six recommendations to the board at its June 4 meeting on the Iowa State campus.

"The task force has worked hard over the past nine months to put together a thoughtful report," said President Steven Leath. "I look forward to the regents' discussion at the June board meeting."

Appointed last spring by the board to review how the general education appropriation -- about $480 million this year -- is allocated among the three universities and to try to link state funding to board priorities, the task force's deliberations included six public work sessions between October 2013 and this month. Leath and his peers from Iowa and Northern Iowa participated in the task force's March 13 discussion.

The report includes a summary of formal presentations to the task force, which focused on performance-based funding models around the country. It also summarizes state funding for Iowa's three regent universities historically and the perceived weaknesses in that "base plus" budget tradition.

The task force concluded: "Based upon our survey of best practices across the nation and our review of the unique characteristics of Iowa's public universities, we believe the proposed Performance-based Model offers significant advantages over the existing approach in terms of:

The task force's six recommendations to the board begin on page 11 of the report. Recommendation four lays out a proposed formula in which 60 percent of the general education appropriation would follow in-state students and 40 percent would reward the universities for achieving outcomes that align with other board priorities. 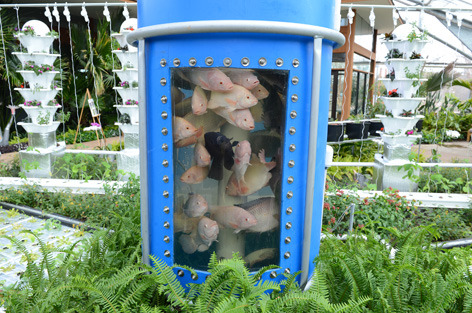 Harvest of the future