In his annual report to the Faculty Senate on May 6, senior vice president and provost Jonathan Wickert said he reviewed 82 promotion and tenure cases this year. Of those, 30 tenured faculty earned promotion to professor; 44 were promoted to associate professor with tenure and two associate professors were granted tenure. One additional case was granted an extension of the tenure clock and five cases were not granted.

"We had a very good set of cases this year," Wickert said. "It really starts with high-quality hiring. Many of them are coming into the tenure-stream ranks with some prior experience, which I think sets them up and prepares them well for the rigors of the probationary period."

"I read every page in every case," Wickert said. "I walk away from this process being impressed and awed by the fantastic things that are happening across the university. I'm always learning something from these cases and it really gives me a wonderful appreciation for what you and all of your colleagues do."

Wickert also showed how the group of tenure-eligible faculty hired in fall 2008 have fared. Of that group of 82, 48 earned tenure in FY14, three were denied tenure, 16 were granted extensions and six still are employed at ISU, but with a different appointment (professional and scientific or non-tenure eligible positions). The remaining nine left ISU before their tenure decision.

In a closer look at the resignations prior to tenure decisions, Wickert showed a drop from previous years. The FY06 group had 26 departures (33.8 percent), and 19 (42.2 percent) resigned from the FY07 cohort. The nine who left the FY08 cohort represented 11 percent of the group.

He pointed to several faculty programs and initiatives that are helping faculty succeed at ISU, including the spousal/partner accommodations. Wickert said $7.9 million has been invested into the program since FY01, providing support for 176 couples. Only 38 of those 352 individuals have left.

Senators wrapped up the academic year with unanimous approval of four items: 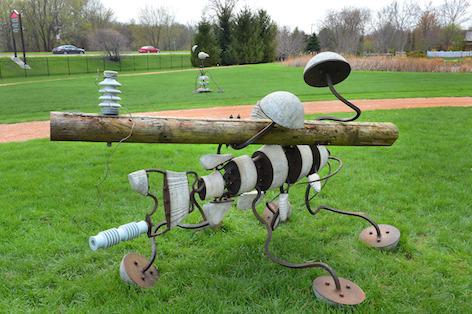