The creation of a committee on student affairs was unanimously approved at the Nov. 12 Faculty Senate meeting. The advisory committee will provide faculty perspective on student success.

Dark told senators that she met with top administrators to share her concerns about the lack of information and instructions that were immediately available to faculty following the Nov. 4 police chase that ended on central campus. She asked college caucus groups to share feedback and concerns as part of the review process.

"Warren Madden has assured me -- since he has been tasked with considering the incident from start to finish ... do we need to make any policy changes, do we need to change who has authorization to do what -- he has assured me that the senate will be at the table when we're discussing this."

Loreto Prieto, professor in psychology and director of the U.S. Latino/a studies program, said he would like the review to look at the policy or agreement that allowed the Ames Police to continue its pursuit onto campus.

"Maybe the discussion about whether or not we allow our external police force here in the city to come in [to campus] to engage in a high-speed chase -- whether that in and of itself creates a danger that we might want to consider," Prieto said.

David Holger, associate provost for academic programs, said federal legislation related to student financial aid has changed a reporting requirement for students who have failed courses. Instructors now must categorize why students received F grades, including a "best estimate" of a student's last date of attendance.

Holger said a new feature in the Blackboard system provides instructors with interaction data for students and can help estimate attendance. He said AccessPlus does not provide a similar feature.

"I recognize that this will be more work for some people," Holger said. "We just don't have a choice. I was told that Missouri was recently fined $700,000 because they were found in violation of tracking this kind of data. We don't want to end up in that situation."

The academic affairs council introduced four proposals up for a vote at the December meeting, including: 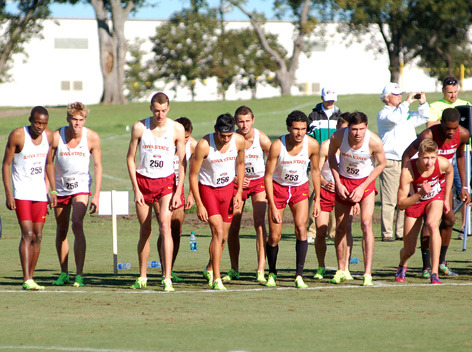