Ross Adams, assistant professor of architecture, has been awarded a MacDowell Colony Fellowship to work on a new book project, provisionally titled “Nomos of the Body.” The MacDowell Colony provides time, space, and an inspiring environment to artists of exceptional talent.

Stacey Weber-Fève, associate professor of French was awarded the 2017 Dorothy Ludwig Excellence in Teaching Award at the Post-Secondary Level by the American Association of Teachers of French (AATF). The honor recognizes "teachers who have demonstrated excellence and commitment in the teaching of the French language and French and Francophone cultures and literatures.”

Jean-Philippe Tessonnier, assistant professor of chemical and biological engineering, has been appointed to the inaugural Early Career Advisory Board of the journal "ACS Sustainable Chemistry & Engineering." The 11-member advisory board features researchers who are launching their careers in green chemistry, green engineering and sustainability

Timothy Bigelow, associate professor of electrical and computer engineering, has been promoted to fellow in the American Institute of Ultrasound Medicine for his research in new ways to diagnose disease from ultrasound images.

Michael Bugeja, director of the Greenlee School of Journalism and Communication, is among four recipients of the 2017 Distinguished Service Award from the Iowa Newspaper Association. The award recognizes long-time journalists and professionals for contributions to the newspaper profession and communities. Bugeja was honored for his role in preparing future journalists.

Koolbeck named to board leadership

Tammy Koolbeck, executive director of the Iowa State Center, has been named to the International Association of Venue Managers' board of directors. Named 2nd vice chair, Koolbeck will serve a four-year leadership term that includes 1st vice chair, board chair (2019-20) and immediate past chair.

Brian Burt, assistant professor in the School of Education, five-year, $569,702 Faculty Early Career Development Program (CAREER) award, which supports early career development activities of teacher-scholars who are most likely to become the academic leaders of the 21st century. The grant will support Burt’s research on leveraging learning and engineering identity to broaden participation of black males in colleges of engineering.

Distinguished Professor Joe Sebranek and professor Joe Cordray, animal science, both of ISU’s Meat Lab, were inducted into the Meat Industry Hall of Fame at a Jan. 31 ceremony in Atlanta. They are among the “Class of 2016” seven inductees, which also included the president and CEO of Smithfield Foods and Clayton Yeutter, former USDA secretary. Inductess are considered to be among the most accomplished professionals in the meat and poultry business. The Meat Industry Hall of Fame is based in Shawnee, Kansas. 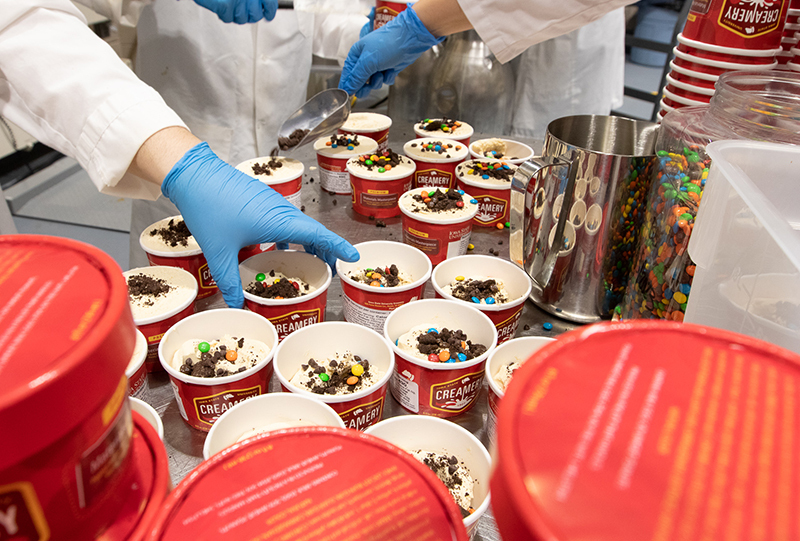