CyDeas headed for round two

An online platform for crowd-sourcing suggestions and solutions to improve the Iowa State experience launched in February. The feedback mechanism, called CyDeas, already has provided top administrators with food for thought as a campus committee prepares to look at a second round of submissions.

Listening is important to President Wendy Wintersteen and something she's emphasized since day one on the job. Steve Freeman, faculty adviser to the president, is coordinating the initiative to keep the channels open.

"We need CyDeas to keep coming in. The university community has provided some fantastic and creative ideas for improving ISU," Freeman said. "Many of the ideas already were underway in some form, which tells me that Cyclones are on the same page regarding potential issues, and reinforces efforts in those areas. While progress on some improvements will be slow due to budgetary constraints, the feedback that has come in has been extremely valuable."

A standing committee met in April to review the first batch of submissions -- 59 had landed in the queue since the online portal's Feb. 21 launch. The committee sorted them by theme and, by consensus, condensed the most relevant into 11 items to move forward. A summary was shared with Wintersteen and university leaders who oversee areas related to them. About a third of the initial submissions focused on parking.

"There's a separate task force working on parking, so we deferred those CyDeas to that committee," Freeman said.

Some submissions were related to efforts already in the works -- for example, a recommendation for a universal first-year experience course for students, which is being developed by a new student onboarding task force. Others -- like adding "CyDeas" to the website index -- had simple fixes.

"Some changes were so easy, we just reached out to make it happen," Freeman said.

Freeman said feedback is helping administrators with discussions and planning. For example, a CyDeas submission about inclusive bathrooms is part of the conversation surrounding Memorial Union renovations.

On the back burner

Ideas that aren't shared with administrators won't be discounted, either. Freeman said additional information or different circumstances may move submissions forward in the future.

Freeman plans to convene the vetting committee again soon to review its second round of CyDeas.

"We have 24 in the hopper to be evaluated," he said. "Keep sending us good ideas. Even if they're ongoing, we still want to hear them. Hopefully, things are being worked on outside of CyDeas as well." 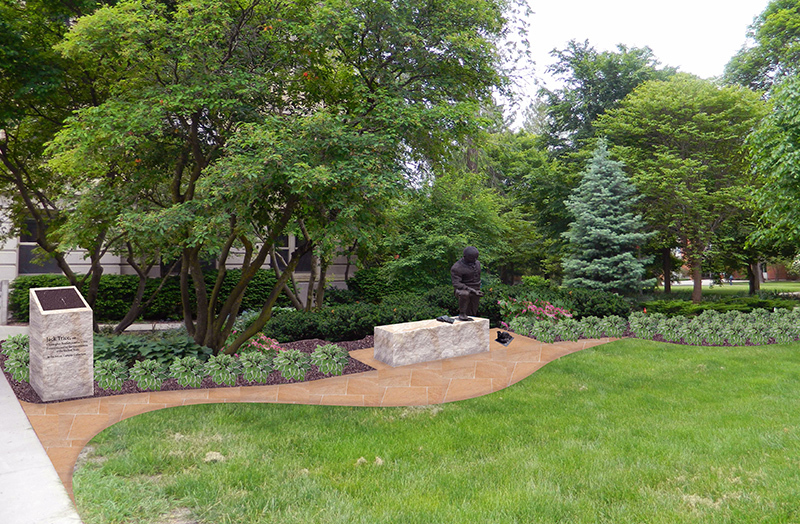 Weather permitting, the Jack Trice statue will be installed north of Beardshear Hall by late November.