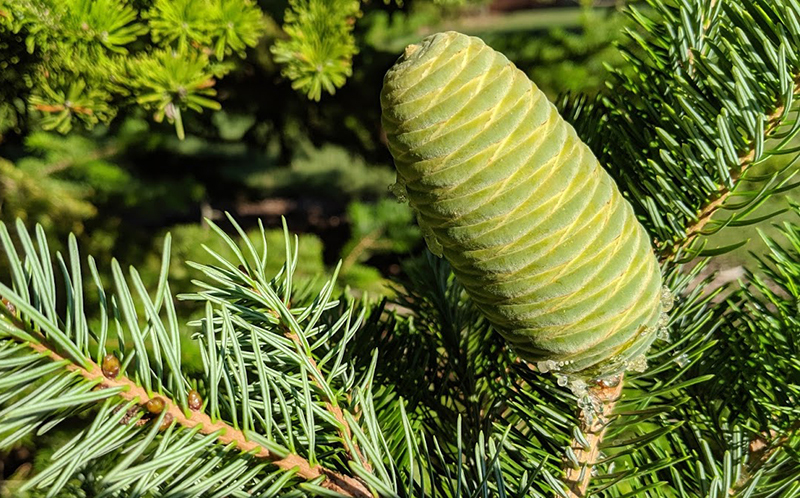 A rare species of tree was born or planted on campus at least 70 years ago. It was identified this summer thanks to a flurry of interest (and a fair amount of geeking out) by a cadre of experts drawn into the mystery.

Members of the campus tree advisory committee observed the "large and impressive" fir tree in August during a biannual walk through campus. They couldn't agree on its classification.

Details about thousands of trees and shrubs are being recorded as part of an ongoing effort to electronically map the campus landscape.

"Everybody knew it was a fir, but just about everyone in the group thought it was a different type of fir," said Rhonda Martin, landscape architect in facilities planning and management. "Everyone got excited about the mystery, trading stories of what they were told about the tree when they were in school here."

It only took two days to find an answer. Martin said horticulture professor and chair Jeff Iles worked the mystery through a network of experts on and off campus. Mark Widrlechner, an affiliate associate professor in the horticulture and ecology, evolution and organismal biology departments, solved it with comparisons to fir details outlined in a scientific handbook.

The tree -- believed to be a hybrid of the Spanish and Greek fir varieties -- has been growing on the Forker Building's east lawn since at least the 1950s.

"It's rare for Iowa and likely is rare for the whole U.S. -- who knows if there's another one out there?" Martin said.

She said there's no record of the tree or where it came from. But the fir hybrid may one day have offspring of its own planted on campus. The horticulture department and campus services teams are exploring the possibility of cultivating its seedlings.

"Here we have this fir tree that's beautiful and it's been around for 70 years. Maybe it has some special resistance -- to climate or whatever. We're going to give it a shot," Martin said. 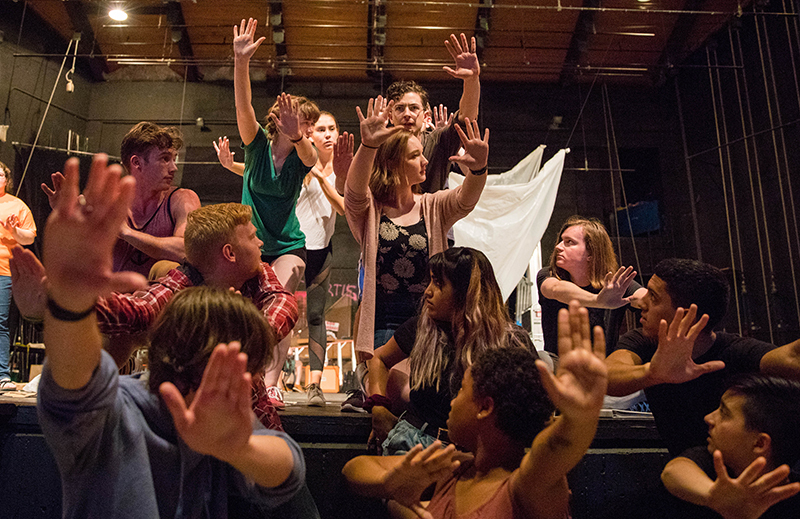 Performances are planned in three locations as part of ISU Theatre's participation in the global initiative.