A peek inside the Student Innovation Center 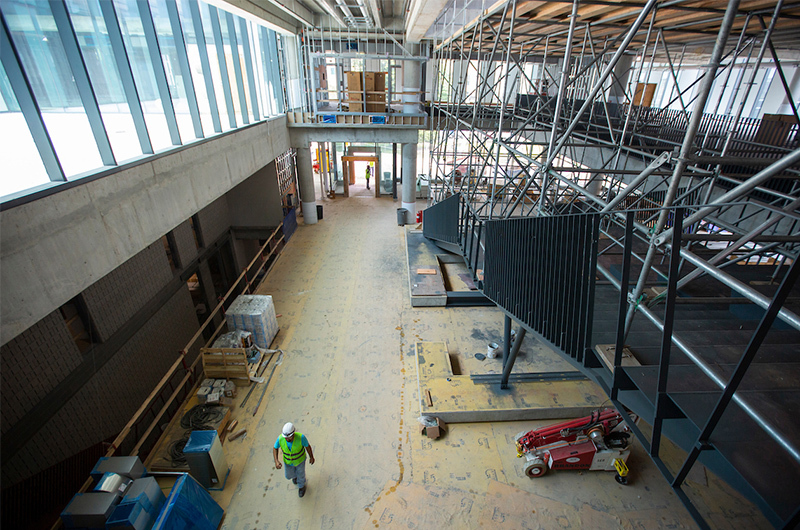 A view of the two-story central foyer, looking east toward the Student Innovation Center's front doors. At left is the second-floor outdoor courtyard; at right, shrouded in painter's scaffolding, is the step-atorium, a combination of stairs and seating areas linking the first and second floors. Photos by Christopher Gannon.

Under construction for the last two years, the Student Innovation Center, just west of the Marston water tower, is about 75% complete and on target to open by spring semester. Senior construction manager Leroy Brown, facilities planning and management, said his goal is to begin moving in equipment during November, a lengthy process that will continue through the spring. A daily crew of 150 to 170 on site is working to get there.

When it opens, the Student Innovation Center will be a hands-on hub for students from all corners of campus. "This building belongs to every student at Iowa State; hopefully every student will be in it," Brown said.

In it, they'll create, design, fabricate, test and demonstrate ideas -- everything from culinary to lunar, digital gaming to wood, entrepreneurship to vehicles. The facility also will include exhibit space, print and supplies shops, a student-run cafe, office space for student organizations and more wireless access points than any other building on campus, according to Brown.

The general university space includes four classrooms and a 110-seat auditorium, but Brown noted that 60 percent of the finished space is either shared or not yet assigned. Two passenger elevators service all five levels of the Student Innovation Center, and a freight elevator, large enough to hold a pickup truck, services the basement, first and second levels -- programmed to know how much weight each floor can handle. Too heavy? The elevator doors won't open.

If you feel like you've been waiting for this building longer than two years, you have. The 2015 Iowa Legislature approved $40 million in state support, with subsequent lawmakers tweaking the timing of the funding (currently spread over six fiscal years, 2017-22). The state Board of Regents gave its final approval in December 2016. The state funds nearly match $44 million in private gifts for this one-of-a-kind learning facility. In January, Jim Oliver, University Professor and Larry and Pam Pithan Professor of Mechanical Engineering, began serving as director of the Student Innovation Center, and a facility manager will be announced next month. 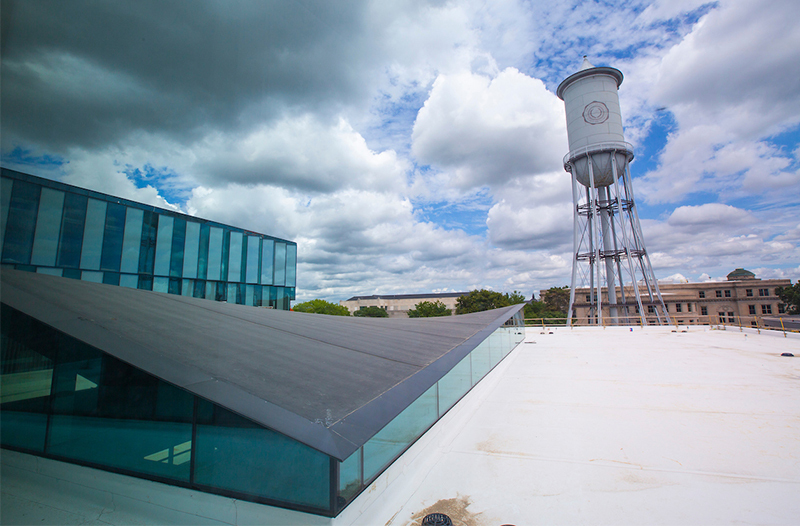 The south second-floor roof features a raised, torqued roof (flat on its underside) above the step-atorium in the Student Innovation Center. 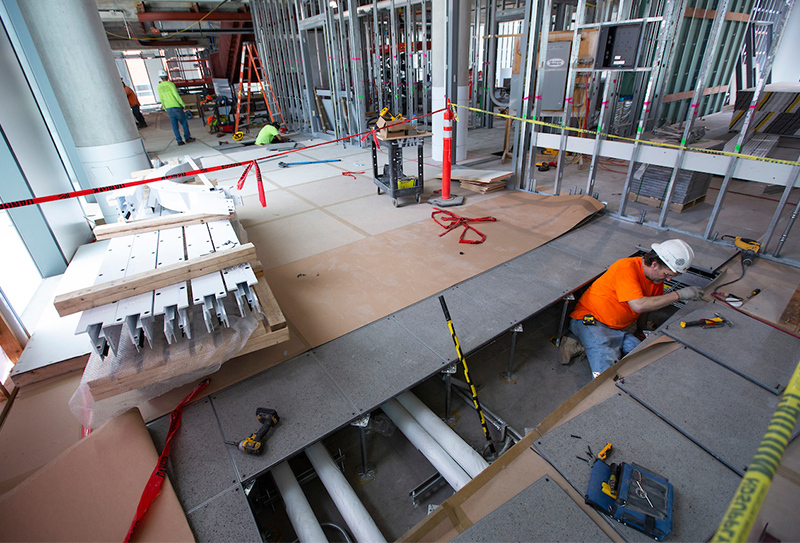 Utilities are located beneath a raised access floor, consisting of 17-inch steel pedestals and 48-pound concrete tiles, on floors 2, 3 and 4 of the Student Innovation Center. (Pictured) Five tiles have been removed to give an electrician access to the space. 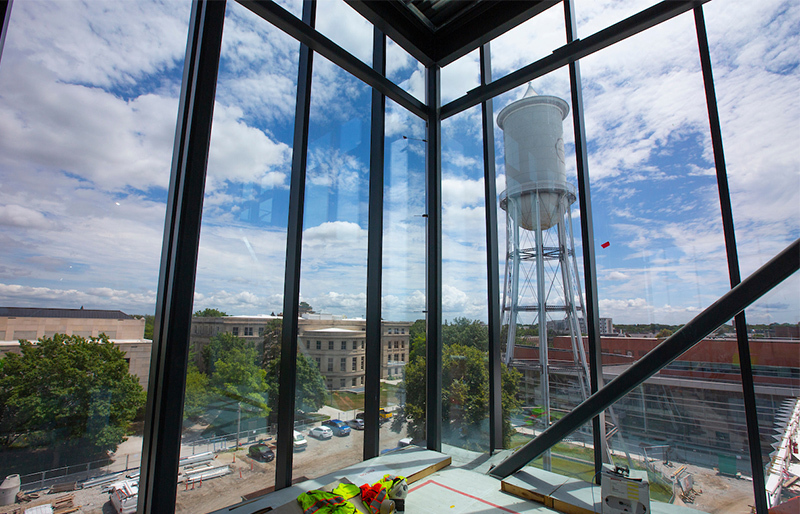 An east fourth-floor meeting room in the Student Innovation Center provides floor-to-ceiling views to the north, east and south. 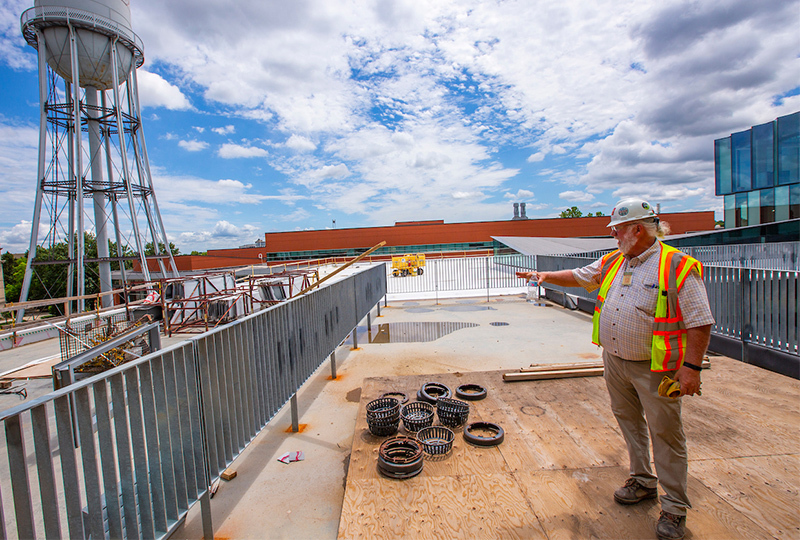 Senior construction manager Leroy Brown, facilities planning and management, points out a designated patio area on one section of the second-floor roof. Beyond will be a planted, green roof.

Influences on diabetes risk, management for African Americans
Predicting when a machine will fail