Representation areas are in place for council elections

The Professional and Scientific Council amended its bylaws March 2 in preparation for its upcoming elections. The changes align with the university's recently reorganized administrative structure, which moved units from the former business and finance division into university services, the president's office or the finance division.

Nominations for council seats are due Friday, March 10. The online election will be held March 20-31. Current open seats by representation area are:

Council members will vote next month on establishing a standing equity and inclusion committee. As proposed, committee members would be appointed by the council president and could include P&S employees who are not serving on council. The committee would "advise the ISU President and administrators on a wide range of issues related to the topics of diversity, equity and inclusion."

Council officers are in place for 2017-18. Their terms begin in June, when current president-elect Jessica Bell assumes her role as president. The incoming officers are: 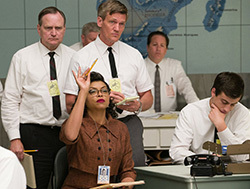