President Steven Leath and his peers from the universities of Iowa and Northern Iowa presented their fiscal year 2018 budget priorities to the Legislature's education appropriations subcommittee Feb. 22 at the state Capitol.

Iowa State has asked for a 2 percent increase in state operational support for the budget year that begins July 1. This would apply to both the general university and direct appropriations (Extension and outreach, economic development programs, Agriculture Experiment Station and the Veterinary Diagnostic Laboratory). The $8 million mid-year reduction Iowa State received earlier this month represents about 3.3 percent of state operating support this year and is a permanent cut.

Leath said "the very modest increase" in operational support would help to:

"While we are sensitive to the state’s economic conditions, we really need to do something," Leath said. "A 2 percent increase is still far from what we need to even maintain the status quo with respect to quality.

"The financial burden has shifted to the students and their families, and we're really concerned," he added.

Leath noted that, even with approved tuition increases next year of 2 percent for resident undergraduates and 3 percent for all other students, Iowa State will remain the most affordable university among its 11-member peer group.

Leath also reiterated Iowa State's request for $100 million in state support, spread over five years, to replace the state Veterinary Diagnostic Laboratory at the Veterinary Medicine campus with a state-of-the-art, stand-alone facility. While it processes more than 1.5 million diagnostic tests annually in support of the state's animal agriculture industry, the current building is crowded and deficient in the areas of biocontainment and biosafety, he said.

During his presentation, Leath also made several points about Iowa State's sound management of state funds. They included:

Fewer state dollars per student. During Iowa State's eight consecutive years of record growth (2008-16), the general university appropriation per resident student has plunged by 29 percent, from $12,705 per student in 2008 to $9,012 this year, factoring in the $8 million mid-year reduction. That's almost $3,700 less for every resident student than when the enrollment growth began.

Leath also cited a 2012 Wall Street Journal article that reviewed administrative spending at more than 70 public universities and ranked Iowa State as the seventh most efficient.

Success markers. In spite of declining state support at a time of climbing enrollment, Iowa State is successfully educating students. 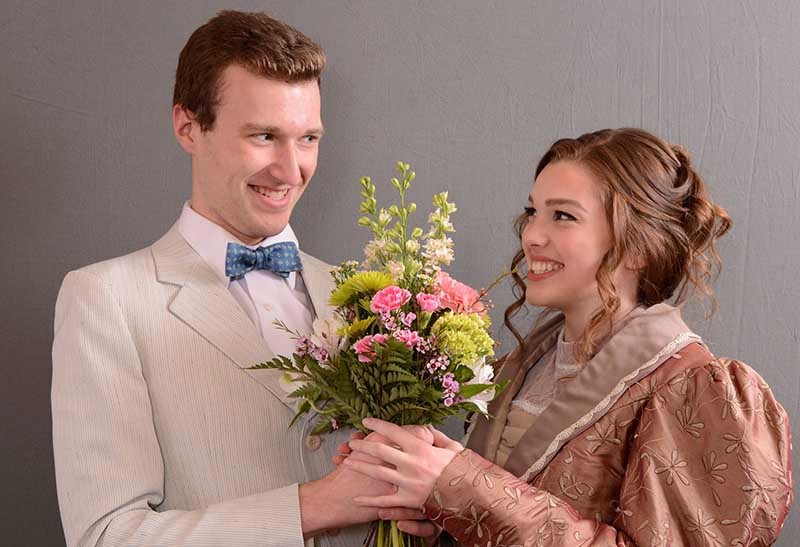 ISU Theatre's spring season opens this weekend with "The Importance of Being Earnest."