Contrary to common belief, not a single acre of Story County land was given to Iowa State University as part of the land-grant act (Morrill) of 1862. Instead, the public lands that helped grow a small ag college in Ames into a major university are scattered throughout northwest Iowa. Kossuth, Palo Alto, Emmet, Clay -- 27 counties in all -- are home to 200,000-plus land-grant-designated acres.

This northwest Iowa connection to ISU's beginnings is little known or noted. Few of the current land-grant property owners in those counties realize their grounds are part of ISU history. And many Iowa Staters mistakenly think their campus is situated atop land-grant property.

In next week's Inside

In the last quarter of 1862, as Civil War battles flared in places like Perryville, Kentucky, and Fredericksburg, Virginia, a Black Hawk County recruiter for the Union Army, Lt. Peter Melendy tackled a peaceful mission.

Governor in a hurry

Melendy's assignment, which came from Iowa Gov. Samuel Kirkwood, was to evaluate all the unclaimed federal land in Iowa, and claim the finest 204,000-plus acres on behalf of the state.

The governor was in a hurry because he realized Iowa had a head start on the federal land giveaway that would soon follow the recently passed Morrill Act. The act gave generous allotments of public land to states that promised to use their land profits to build colleges to educate America's working classes. 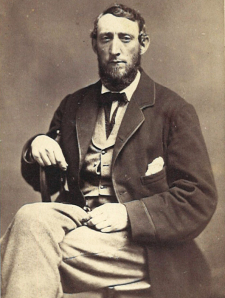 A mere two months after President Abraham Lincoln signed the Morrill Act (July 2, 1862), the Iowa Legislature, during a special session, became the first state to accept its terms. This speedy legislative action assured Iowa a place in land-grant history as well as first crack at the richest federal lands available. The new law allowed states to select public land within or contiguous to their state boundaries.

Melendy -- agriculturist, writer, future mayor of Cedar Falls and trustee of the struggling state agricultural college in Ames -- threw himself into the task. After scrutinizing maps, he and an assistant, headed for northwest Iowa, where rich, unclaimed land was plentiful.

Three months and a thousand miles later, Melendy's report was on the governor's desk, and a nice funding source was in place for the small ag college that was one year away from being designated Iowa's land-grant and six years from welcoming its first official class.

Within a few years, the lands Melendy identified began producing income for the Iowa Agricultural College and Model Farm. Land rental and sales funded building construction and faculty and staff hires, and the school blossomed.

Melendy, an earnest advocate of scientific farming, continued to support Iowa State. Over the subsequent decade, he made many trips to Ohio and Kentucky to buy livestock for the college farm. He served as secretary for the farm, visited colleges in many states to bring back information on how they were organized and helped find candidates for Iowa State's presidency and faculty. 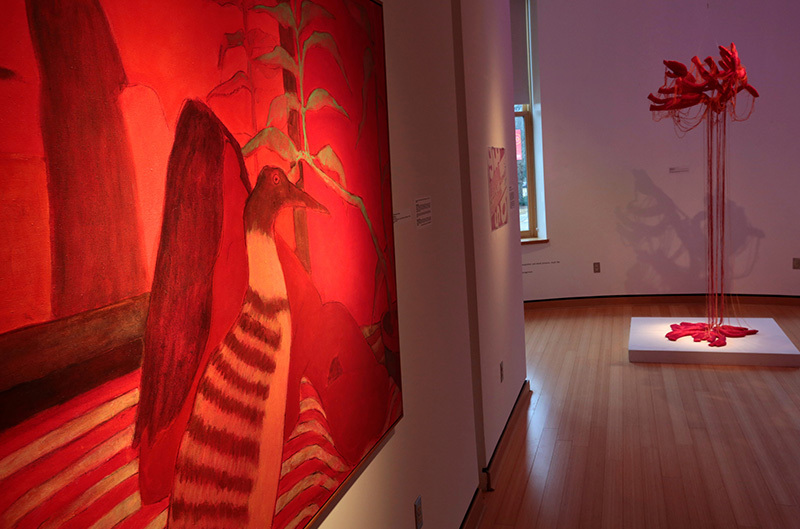 Enjoy an exhibition of red art in the Christian Petersen Art Museum through early August.