Testing center lines are shorter. Student health can accommodate more patients. And there should be space for everyone who wants to live in university-owned housing next fall.

Across the university, units are making headway in efforts to meet the challenges accompanying six consecutive years of record enrollment.

"These successes stem from the efforts of many university work groups, such as the president's Student Experience Enhancement Council and students, who've consistently provided useful input and suggestions," said associate vice president and chief of staff Miles Lackey.  "We're making good progress and we'll keep at it. The goal is to improve the student experience at Iowa State and we'll always be looking for new ways to do that."

Here's a recap of current and future projects intended to enhance student experiences.

University housing is ready for more

The department of residence housed a record 12,470 students during fall semester by leasing off-campus facilities and converting 400-plus den spaces to temporary student rooms. Some students liked den living so much they asked to stay put, so residence stretched their leases through the end of fall semester.  In Linden and Maple halls, where there's more common space for students, happy den dwellers will be allowed to stay put through spring semester.

Residence director Pete Englin said university housing requests are expected to exceed permanent capacity by 1,800 beds next year. However, he anticipates that by using some dens (fewer than this year) and leasing off-campus facilities, the department of residence will be able to accommodate everyone who meets the March 1 contract deadline.

Englin attributes the popularity of university housing to higher grade-points earned by residents, the sense of community, numerous leadership opportunities and student-friendly contracts that release students for study abroad or practicums in other cities.

Earlier this week, Dr. Lisa Banitt, an OB-GYN specialist, joined the Thielen Health Center, where she'll be focusing on providing women's healthcare services. In addition, the clinic recently hired two nurse practitioners who are now fully acclimated and will be expanding their patient loads.  Finally, the clinic is close to adding a triage nurse to help manage and assess the increasing volume of incoming calls.

It's all part of a short-term effort to increase the center's capacity to handle more patients, said associate vice president for student affairs and interim director Martino Harmon.

As part of long-term planning, officials are examining the current health center hours of operation and patient visits with an eye to improving efficiency. Currently, the health center is open 8 a.m. to 6 p.m. Mondays; 8 a.m. to 5 p.m. Tuesdays through Fridays; and 9 a.m. to noon Saturdays. During the most recent dead week, traditionally a stressful time for students cramming for finals, the clinic extended all weekday hours to 6 p.m.

In late October, at a forum sponsored by the Government of the Student Body, several students complained about long lines at online testing centers.

"Administrators and staff from the College of Liberal Arts and Sciences, Engineering-LAS Online Learning (which includes the ISU Test Center), information technology services and the provost’s office went to work on the problem, and within six weeks, they transformed the testing center process. Their solutions involved adding three days to the traditional five-day finals week schedule; doubling the number of testing locations to eight; installing web cams at all sites so students could check lines; and putting college and information technology staff on standby during test periods so technical issues could be quickly addressed.

When finals week rolled around in mid December, most students sailed into test centers with nary a wait.

"I'm proud of the way so many people came together to solve one of students' most pressing concerns,” said senior vice president and provost Jonathan Wickert. “I'm especially appreciative of the GSB, who not only identified the issue as a top concern, but also worked closely with us to identify solutions and get the word out to students.

"Thanks to their efforts, we were able to deliver a record number of exams, with no lines, and ease the stress that comes with finals week."

The testing center team will launch a process improvement project in early 2015 to sustain its success and accommodate future growth in exam volume. Plans also are being finalized for a third permanent testing center to help manage demand during other times, including midterm exams.

On any given weekday, thousands of pedestrians, skateboarders and bicyclists, 725 CyRide buses and assorted parked cars co-mingle on central campus' Osborn Drive. As enrollment increases, so does the congestion on the ever-busy street. Analyses of Osborn traffic and congestion recently were conducted by College of Design students and an outside consultant.

Several groups (the University Traffic Committee, GSB and CyRide Board) are poring over those studies and plan to provide recommendations to ease Osborn congestion, said senior vice president for business and finance Warren Madden. Street modifications under consideration include:

Davidson Hall, a fixture on the west end of Osborn Drive for 92 years, will be removed over the next few months. Seventy parking spaces will be added to the former building site.

Five additional buses were added to the CyRide fleet last fall to accommodate additional enrollment. Another three will be put into service when spring semester starts on Monday.  Typically, this is the busiest time of year for CyRide, said transit director Sheri Kyras. Officials monitor bus use, she added. When passenger counts on a single bus consistently exceed 60 to 65, another bus is added to the route.

Pedestrian safety is the impetus for a number of changes planned for the Maple-Willow-Larch and Linden residence hall neighborhoods along Beach Road. In response to student concerns, street lights will be installed in the area this spring with additional work  (a retaining wall, expanded bus stop area and a new sidewalk on Beach's west side) to follow. 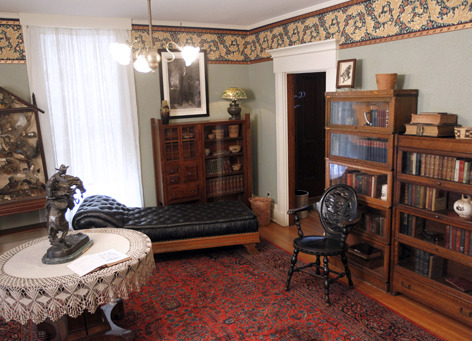 A Jan. 15 celebration will mark the reopening of the Farm House Museum.