The state Board of Regents will ask for an additional $12 million in general operating support for Iowa State for the budget year that starts next July. That would be a 6.9% increase over this year's $174.1 million general university appropriation.

Regents approved university requests for fiscal year 2024 appropriation increases at their Sept. 15 meeting. The universities of Iowa and Northern Iowa seek $12 million and $8 million funding increases, respectively. The governor and members of the 2023 Iowa Legislature review those requests as they build the FY24 state budget.

The board unanimously approved a budget amendment from the lone student regent, Abby Crow, to request an additional $1 million from the state next year to address mental health struggles among the state's public university students. As proposed, the money would go to the board office for disbursement among the three universities. Crow said the board needed to act on comments from students (during breakfast earlier that day), confirmed repeatedly by the university presidents in their recent monthly reports to the board.

President Wendy Wintersteen told the regents Iowa State's request for $12 million was "a critical investment that's needed for the state, not just for Iowa State University.

"It will ensure that we can continue to do the work across our three missions in how we support Iowa as a whole," she said.

Wintersteen noted that over the last decade, Iowa State's general university appropriation has experienced moderate increases and declines for a "net increase of $0 since 2014." Factoring in inflation, that's "like a 25% decrease in funding because the purchasing power of a dollar has declined 25% over the past decade," she added.

In their back-to-campus update to the board, senior vice president for student affairs Toyia Younger and her two peers commented on students' eagerness to be involved this fall. Younger said first-year students are joined by returning students who, following two years of virtual and hybrid college experiences, are relearning how to make the most of their in-person experience. In many cases, that includes learning in-person communication skills, she said. Student service units are focused especially on some of those skills this fall, in support of faculty who have offered similar observations about their students, Younger said.

"I'm intrigued by the number of students who are showing up at events," she said, citing high student numbers at the Friday evening cookout and Saturday breakfast at Cyclone Welcome Weekend, ClubFest and Welcome Fest.

"#we'reoutside is popular on students' social media right now. I asked them about it, and they said they're just so happy to be out -- out of the quarantine, out of isolation," Younger said.

The board gave Iowa State permission to negotiate a 20-year lease with Ames Racquet and Fitness (ARF), which plans to add three indoor courts and build six outdoor courts, locker rooms, spectator space and restrooms at its south facility in the ISU Research Park. As proposed, ARF and the athletics department/Cyclone women's tennis team would share use of the tennis facility.

The team uses a university-owned, two-court facility in west Ames for practice and also has access to six outdoor courts south of the Forker Building, neither of which are suitable for competition. The Cyclones currently host home matches at Ames High (outdoor) or in Urbandale (indoor). 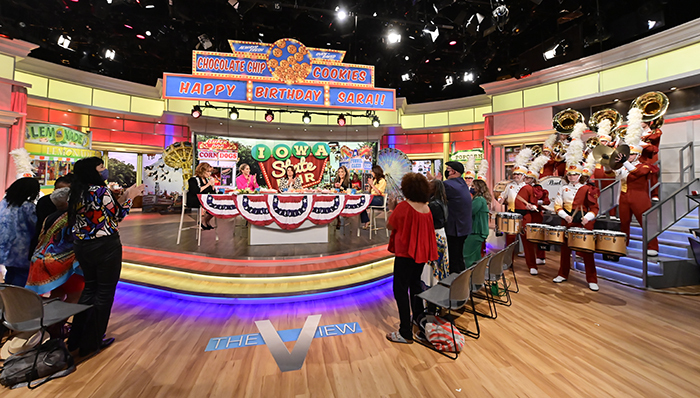