Matthew Hufford, associate professor of ecology, evolution and organismal biology, received the M. Rhoades Early-Career Award from the Maize Genetics Cooperative. The award recognizes scientists who have made significant research contributions through genetic studies of maize or related species.

Brittany Peterson, a financial aid coordinator in the office of student financial aid, was elected treasurer of the Iowa Association of Student Financial Aid Administrators for the 2020-21 year. She'll serve on the group's executive council.

Ginny Wangerin, clinical assistant professor in the food science and human nutrition department and  director of the B.S. nursing program, was selected as one of the 100 Great Iowa Nurses for 2020. The award recognizes nurses who have made meaningful, lasting contributions to their patients, colleagues and the nursing profession, and are viewed as mentors to other nursing professionals.

Neil Harl, emeritus Charles F. Curtiss Distinguished Professor in Agriculture and Life Sciences (economics), received the Meritous Service Award from the National Farmers Union, the association's highest honor. Harl was recognized for his service as a champion of farm and ranch families and rural communities.

Mark Witherspoon, editorial adviser at the Iowa State Daily, received the Iowa Newspaper Association's Distinguished Service Award during its annual convention in February. The award recognizes a long-time journalist for contributions to the newspaper profession and their community.

Iowa State earned its third consecutive gold rating from the Sustainability Tracking, Assessment and Rating system (STARS), developed by the Association for the Advancement of Sustainability in Higher Education. STARS is a self-reporting tool for colleges and universities to measure their sustainability performance in four broad areas: academics, operations, engagement and planning/administration. The gold rating is in place for three years. Among 329 colleges and universities around the world currently certified through the STARS program, 129 achieved a gold rating, second-highest in a four-tier rating system.

Aaron Rossini, assistant professor of chemistry and senior scientist at Ames Laboratory, has earned a 2020 Sloan Research Fellowship for achievements that designate him as one of the nation’s most outstanding early-career researchers. Rossini’s research focuses on advancing a richer and more comprehensive understanding of molecules and their structure. Sloan fellows receive a two-year $75,000 award. Rossini will use the funds to support and expand research efforts in the Rossini lab.

Partha Sarkar, professor of aerospace engineering and civil engineering, has been named a fellow of the American Society of Civil Engineers. Sarkar, the associate chair for research in the aerospace engineering department and director of the Wind Simulation and Testing Laboratory, has significantly advanced the understanding of near-ground flow field and extreme wind loads on civil structures and the aeroelastic theories to predict loads and response of flexible structures. He also pioneered the development of next-generation wind tunnels and wind simulation techniques. He'll be inducted as a fellow at a March 13 gala in Washington.

Denise Crawford, associate professor and director of the Center for Technology Learning and Teaching, and Michael Young, associate professor of mathematics, were named by Gov. Kim Reynolds to the Governor's STEM Advisory Council. Junior chemical engineering student Emily Wilkerson also was among the 22 new members who will help set direction and provide guidance for achieving the council's mission of increasing student interest and awareness in STEM studies and careers. Senior vice president and provost Jonathan Wickert previously was named to the council and still serves.

Beiwen Li, an assistant professor of mechanical engineering, was named a 2020 DCS Rising Researcher by SPIE, the international society for optics and photonics. The rising researchers program recognizes early career professionals who conduct outstanding work in product development or research in the defense, commercial, and scientific sensing, imaging, optics or related fields.

The World Food Prize Foundation honored Iowa State University with the Norman E. Borlaug Medallion, making the university the ninth recipient of the award. Presented in honor of Norman Borlaug, this award recognizes world leaders and exceptional institutions for their impact on issues of global food security that benefit humankind.

Staff members elected to state board of directors

Erica Fischer, associate director of marketing and campus visits in the admissions office; Jason Follett, academic adviser in the software engineering program; and Matthew Wenger, program coordinator in the animal science department's Meat Laboratory, have been elected to Special Olympics Iowa's board of directors. Their four-year term runs January 2020-December 2023.

Julia Zaikina, assistant professor of chemistry, was granted a Faculty Early Career Development (CAREER) award from the National Science Foundation (NSF).  Zaikina received the award for her proposal on intermetallic synthesis by theory and in-situ studies. The CAREER grant was awarded by the NSF’s competitive Solid State and Materials Chemistry Program in the Division of Materials Research.

Stephens Auditorium was among the facilities that received the Facilities and Event Management Magazine's 2019 Prime Site Award. The Prime Site award is given to top entertainment, sports and special event venues based on their physical and structural building dynamics, venue staff and level of technology in sound, lighting and staging. 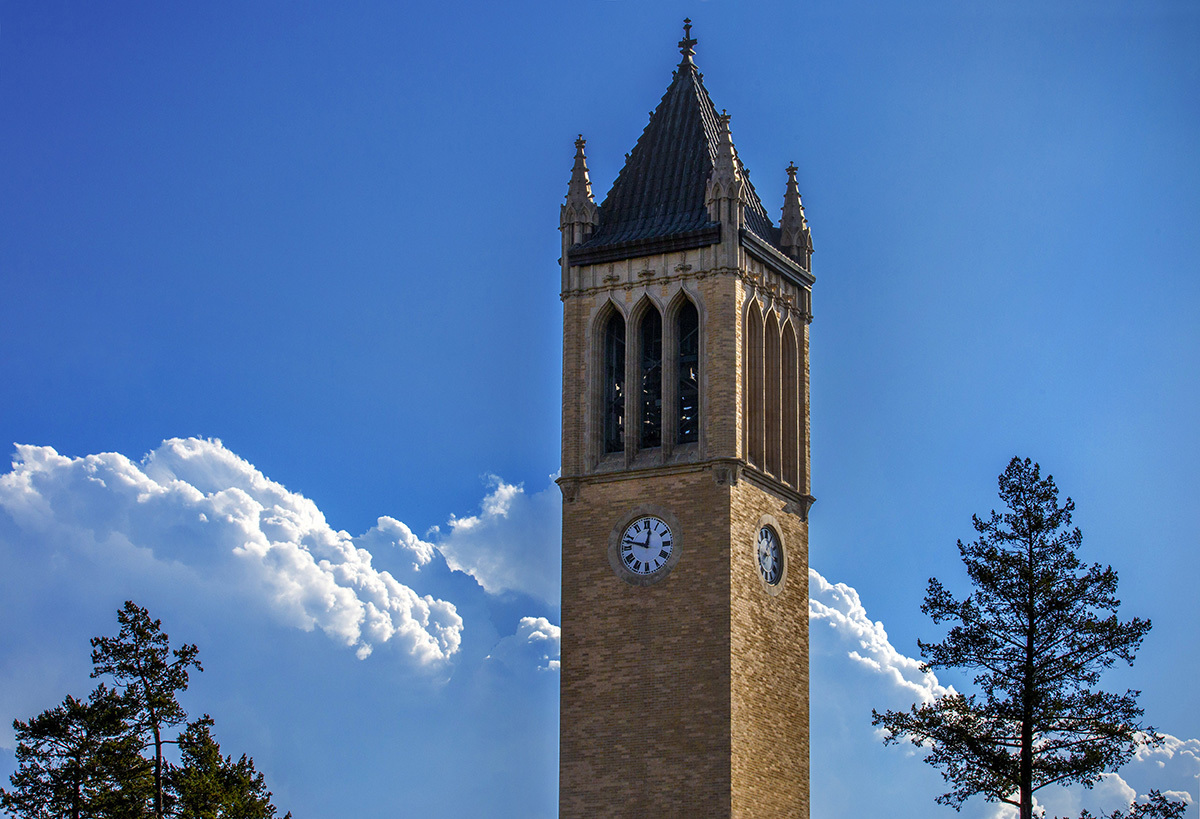